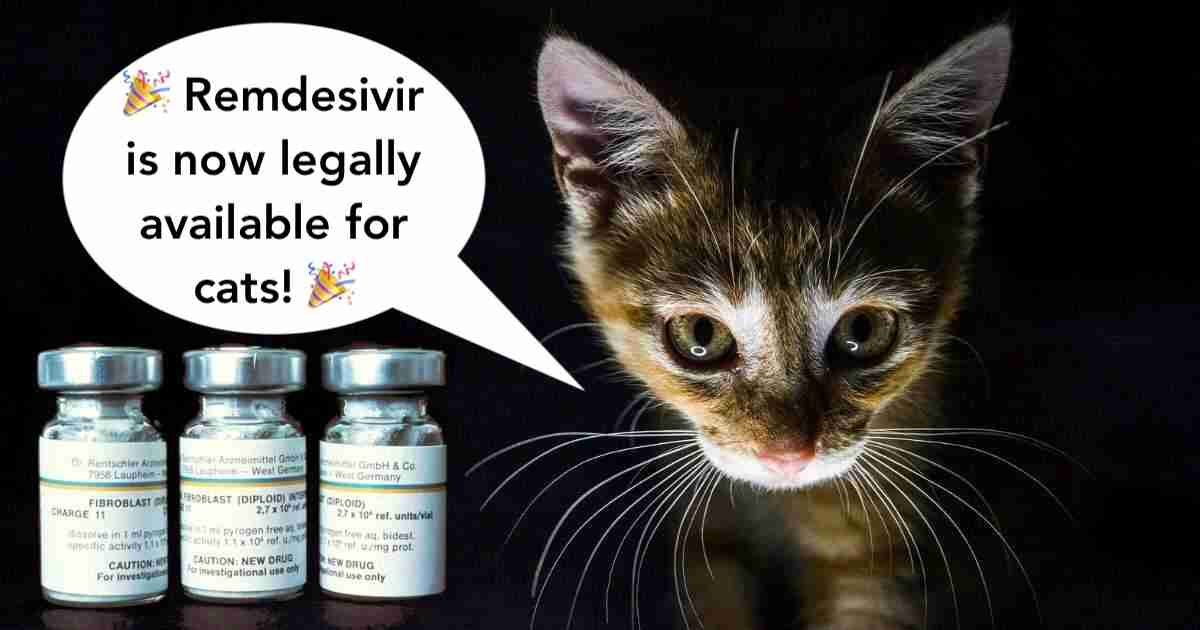 This is a message to anyone still using GS- 441524 (commonly called “GS”) in Australia.

Back at the start I supported you when you were breaking the law. I even put my reputation on the line and stood up for you against threats of prosecution. My attitude was “let them try; they wouldn’t dare.”

For back then if it wasn’t for you, many cats with FIP would have died. You provided an essential link between desperate cat owners and an illegal, yet life-saving drug. You allowed vets to offer their support without having to procure the drug themselves and risk their careers.

For this I will always be grateful. But there was still the problem of the law.

The issue with GS being illegal wasn’t so much the risk to vets or cat owners. It was that not enough people would ever hear about it. Most cats with FIP were still dying, because neither their owners nor their vets knew any different.

I was flat out treating FIP cats back then, but I knew I was seeing only the tip of the iceberg. There’s nothing heroic in saving only a few when you know the rest are missing out. But it was the best we could do.

That’s why I was ecstatic when some very clever people developed a legal alternative: compounded TGA-approved remdesivir. Australia may have even been the first, all thanks to them. Suddenly we could talk freely, share our experiences and read about FIP treatment in national vet publications.

Update: We now also have access to pharmaceutical-grade legal GS- 441524 tablets. These are around 2/3 the price of remdesivir injections, and easier to give for most cats.

At the time I thanked the providers of GS such as you, and bid them farewell. With all gratitude, your job was done, and a brighter future dawned of treatment for all. At least this was what I hoped.

At the same time I feared the opposite: that your enterprise would have too much momentum, self-belief and financial commitment to just shut up shop. And this is what has actually happened. What was once a blessing has become a curse.

Now every time I start a new cat with FIP on treatment, I have the same discussions. Once cat owners get given the diagnosis and start researching, they still find you. Except now you say things like:

None of these, by the way, are true. New survival rates are at least as good, costs much the same, and the BOVA remdesivir we use stings far, far less. The best that can be hoped for with GS is equivalence, which itself is big ask for a drug that has no quality control or oversight. And one which still requires owners to break the law and hope no-one notices.

You who were once happy to work with vets have made yourself into our opposition. You appear to want FIP cats to be split off from the veterinary mainstream. And judging by your Facebook posts, you are quite successful at doing it.

It’s not just that your treatment is no better. Owners of newly diagnosed cats need tremendous levels of hands-on support to learn to give the injections effectively over the 84 day course. You cannot offer that. Your drug cannot be claimed back on pet insurance either.

I don’t know if you have a financial incentive, but I hope not. And before I get the understandable accusation of hypocrisy, hear this: I am in the possibly unique position of having had a significant drop in my income due to remdesivir. After all, I was probably the only Adelaide vet working with cats on GS, and now everyone uses remdesivir.

By continuing when you should have stopped you are fighting the future and defending the indefensible. Your law breaking is no longer excusable now that it’s not in the best interests of cats or their owners.

You need to end this. Preferably while I can still remember that gratitude.

Note: this in no way is a criticism of the use of GS in countries without a reliable and economical supply of remdesivir. I am happy to engage in an open online debate in the comments section below but not via private messages.