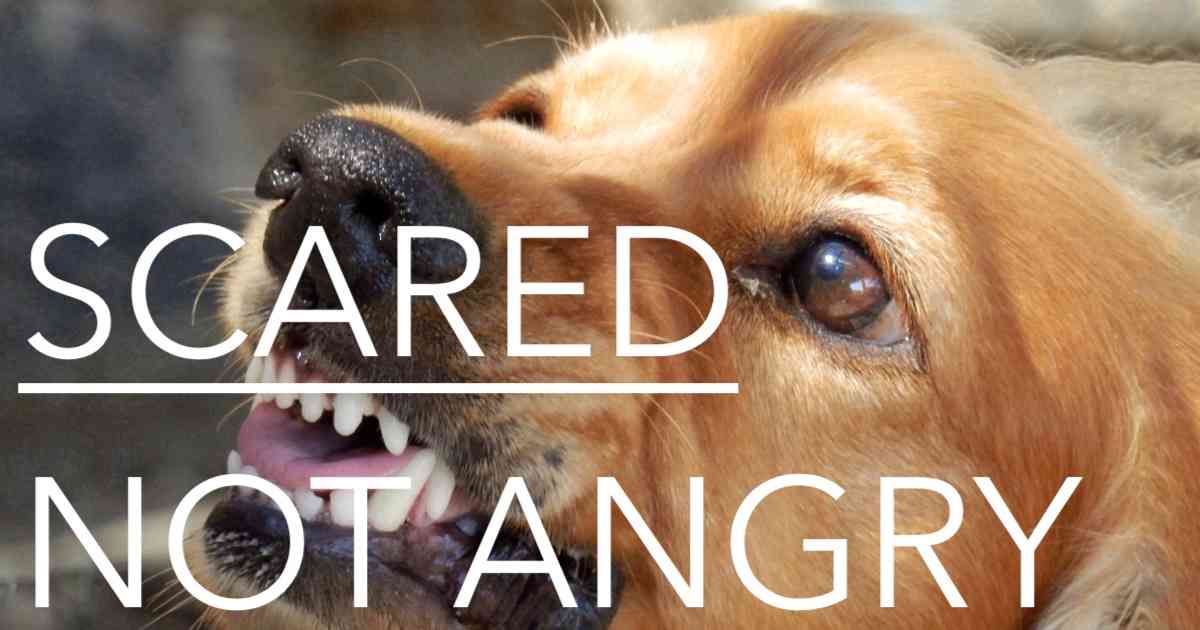 Does your dog growl or snap at the vet? Just look at this one-star review of a decidedly one-star experience.

The fault might actually be mine. I realised afterwards that I could have failed to spot one of the most common mistakes about dog behaviour.

In Chewy’s case, my error was asking if he’d ever shown aggression to a vet before. The word ‘aggression’ is so misunderstood that I think his owners genuinely believed that growling and snapping weren’t signs of aggression.

It’s a bit like when I get asked to check a lump on a dog, and accidentally call it a tumour. Strictly speaking, that’s what it is, but the word has a lot of emotional baggage. Then I need to spend a few minutes explaining that calling it a tumour doesn’t mean it’s nasty, just that it’s a growth.

Calling a dog aggressive is just the same.

So what are all these mistakes around dog aggression?

1. Only Certain Dogs Are Aggressive

Both my dogs have been aggressive in the past, usually when pushed too far by the kids. That doesn’t make them aggressive dogs; it’s all about the context. The trick is to understand the triggers and be one step ahead.

2. Aggressive Dogs Are Angry or Dominant

Nearly all of the aggression seen at the vet is caused by fear. In fact, I could probably count on one hand all the dogs I know who have aggression from any other cause.

Understand this, and you’re miles ahead of the pack. Dogs that show fear aggression need our sympathy just as much as they also need to be managed properly. Be silly enough to punish them and they will get worse.

Don’t ever tell off a dog for growling either. Growling is great. It’s a dog warning you that you’re going beyond their limits. The last thing you want to do is suppress it.

Dogs don’t want to bite, and will do anything they can to avoid the encounter. Growling and postures like the ‘side-eyes’ with ears and tail down are all about letting you know.

Aggression is bad only in the same way that human anger is bad. It can be genuinely upsetting for someone to see their dog being aggressive, but we can’t expect them to be teddy bears all the time either.

There is absolutely no shame in owning an aggressive dog. In fact, I’m full of admiration when I see an owner who manages their dog’s aggression properly. It’s more common than you think, but you don’t notice those dogs because they’re harmless.

Taking An Aggressive Dog To The Vet

So what do you do if you have a dog that growls, snaps or tries to bite the vet? We see these dogs regularly. As long as everyone is safe, you’ll only be met with smiles and support.

Here’s what to do:

When you visit the vet with a dog prone to aggression, start by letting the reception staff know. Many of our clients choose to wait in the car, others will wait in a side room until the vet is ready. Your vet may have a side door you can enter and leave by.

You can either buy your own muzzle or borrow one. Always put the muzzle on before your dog gets worked up. Often this is before you leave the car. Once a dog is highly aroused you may have no choice but to forget about it and try again another day.

Be calm and speak in a low voice, no matter how you feel. There’s no point in saying “everything’s all right” if it’s in a loud, stressed tone. All your dog hears is the tone.

The Consequences Of Aggression

I’m lucky to say that I haven’t had a nasty bite from a dog for at least ten years. But it wasn’t always that way.

As a new graduate, from a dog just like Chewy, I received a dog bite to my face which required plastic surgery. It happened because I hadn’t yet developed the sixth sense that nowadays keeps me out of danger. Even when I’m told there’s no problem.

One reason I was upset with Chewy’s owners was that I employ recent graduates and trainee nurses who could easily have been there instead of me. Some of these injuries are career-ending.

Did I do the right thing? I hope so but it could have been done more gently.

21 Replies to “Help! My Dog Is Scared & Aggressive At The Vet”