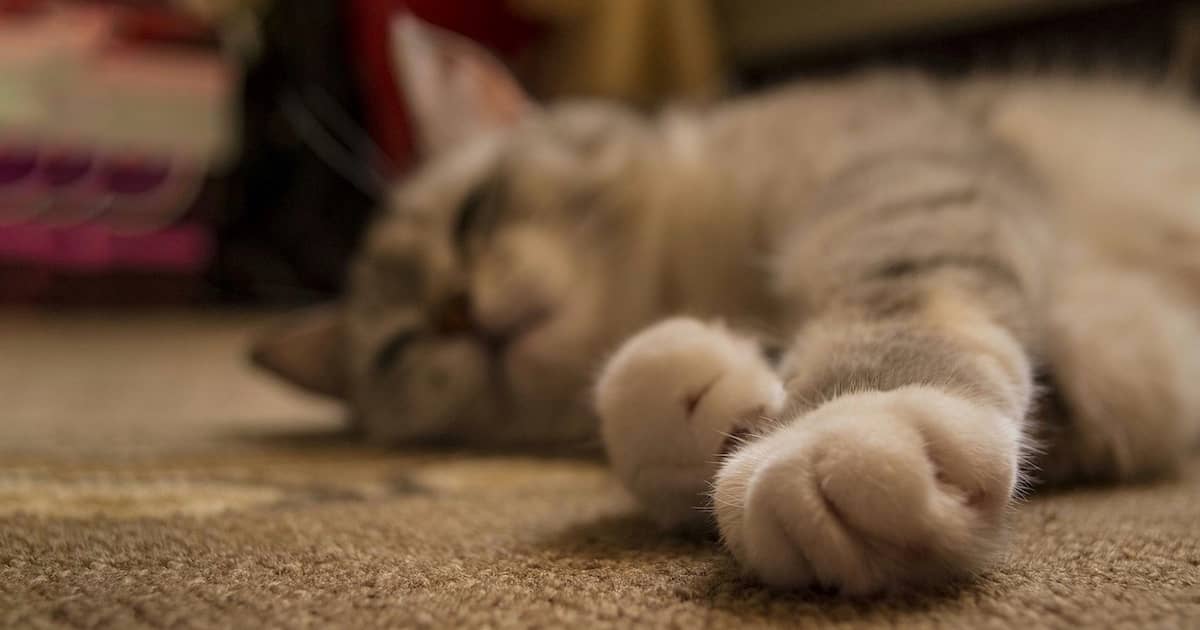 I want to share with you a very sobering paper that should make us think harder anytime we feel a lump in a cat’s belly.

Five cats were presented to a veterinary teaching hospital with abdominal masses that could be felt during a routine exam. They all had the classic signs of intestinal obstruction: vomiting, listlessness and not eating.

The two eldest cats died. One, because her owner thought it was cancer and had her put down. The other, due to a delay in treatment, most likely due to a similarly fatalistic attitude.

The diagnosis in these five cases was a hairball. A thoroughly treatable problem.

Types Of Stomach Lumps In Cats

Part of the problem here is a lack of good quality information. I can find no research paper which looks at how common different lumps of cats are. So this list is based on my experience alone.

There are sporadic reports in the literature of hairballs causing gastrointestinal obstructions, and I have seen them too. Risk factors might include:

It’s worth noting that the cat who was euthanased had none of these risk factors. And the big danger with a hairball is that it feels exactly the same as a tumour.

Visit this page to read about hairball treatment and prevention, but in only a few minutes you’ll know how to recognise one.

You can read about FIP in more detail here, but one of its forms causes abdominal masses or tummy lumps. Clues that lumps in the belly might be caused by this dry form of FIP are:

Once again, these are only generalisations. I have seen FIP in older cats with no fever too.

Followers of this blog will know that there have been recent and exciting changes to how we treat FIP. What was once a death sentence is now survivable for the majority of cats. All the more reason to get that diagnosis.

Lymphoma is a tumour of one of the cells of the immune system. This is probably the diagnosis we fear the most, because it’s mostly a death sentence. Attempts at treatment are often very disappointing.

It’s true that abdominal lymphoma is one of the most common cancers of cats but there’s no way you can be certain just by feeling it. And I only see a few cases a year, much less than I see FIP.

Of course, the abdomen is a complex place, and so there are many other less likely causes of lumps in the belly. Here are just some:

There’s one test that should be able to distinguish between all these causes: ultrasound. It’s neither difficult, invasive nor terribly expensive.

Some vets may prefer to do CT, MRI or even exploratory surgery. All of these are good, and a whole lot better than not trying at all.

Going back to that paper at the start, it’s important to look at who published it. Although they don’t say so, most or all of those cats were probably referred from other vets. Whenever I read this I always think: “great, but referral is only the tip of the iceberg”.

Many more cats could have had similar experiences at private veterinarians and we would never know. But against this very negative outlook is a very positive one.

20 years have passed since this study was published. In that time ultrasound has gone from a referral procedure to one that nearly every vet practice can do well.

Therefore, despite my warnings, I’m confident that we aren’t euthanasing many cats with hairballs any more. But it requires a positive attitude, too!