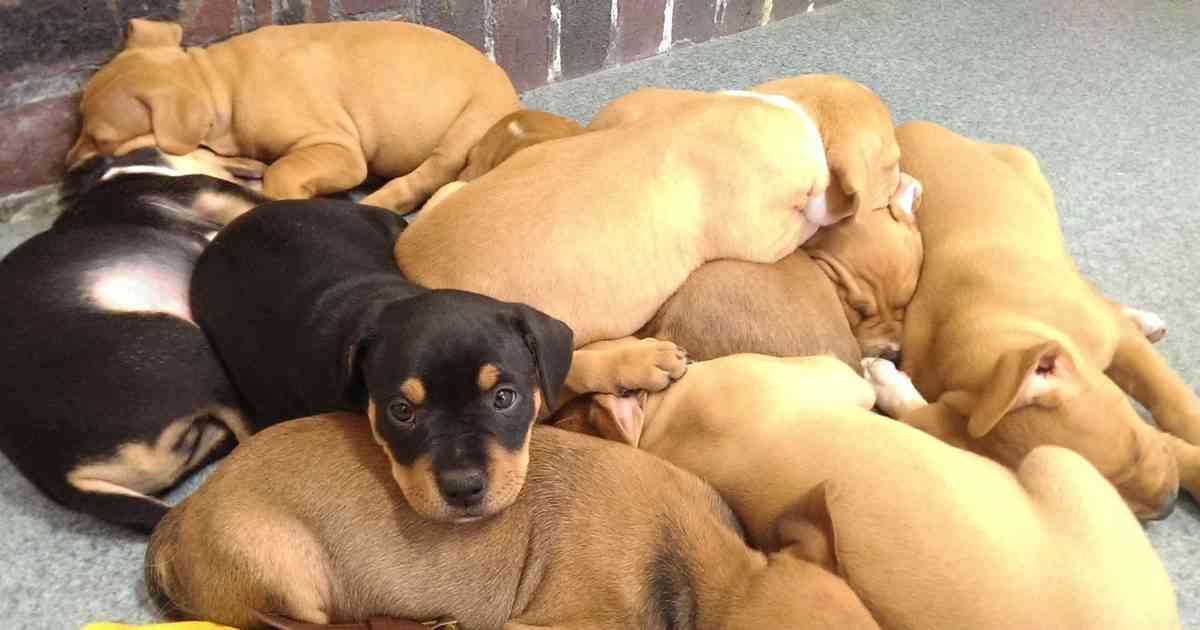 Runt. What a powerful word. It instantly brings to mind images of poor, sickly puppies destined to never be as healthy as their brothers and sisters.

What if the whole idea of the runt of the litter is a myth?  Well that’s what I think, anyway. My 20 years tell me you can take home the smaller puppies without having poorer health, as long as you follow a few basic rules…

It’s not to say that some puppies aren’t born a lot smaller than others in their litter. Puppies, like children, each inherit a unique mix of genes from their parents. No two are alike and some of the different genes will influence their final size.

Puppies also don’t get an equal placental supply when in utero. The ones who miss out on a good placental attachment will grow more slowly, and be born small.

Here’s the thing though: these puppies are no less healthy. In fact, if it was just a case of missing out on nutrition they can catch up to the other pups quickly once they are born.

Take this litter of Staffie cross Mastiffs for example. Can you guess who the ‘runt’ was? That’s him with the purple arrow, now one of the biggest at his 6 week vaccination. He missed out in utero but has caught up. The puppy with the red arrow was the biggest at the start, but you’d hardly tell now.

Or take my puppy, Loki. He has always been small, and no doubt if we got the litter together he’d still be the smallest. That’s him and his genes. Just don’t call him a runt!

So what do you do if you want the smallest puppy in the litter? As long as he or she is just as active and alert, there’s not much risk of a problem. Just to be sure, please take advantage of our Free Puppy Checks in the first few days, as you should with any new puppy.

What if your female dog has a litter with a small puppy? Again, as long as the puppy is as lively and interested in feeding, don’t worry. Just make sure he or she gets as much food and milk as needed; otherwise the bigger puppies may push the smaller one out.