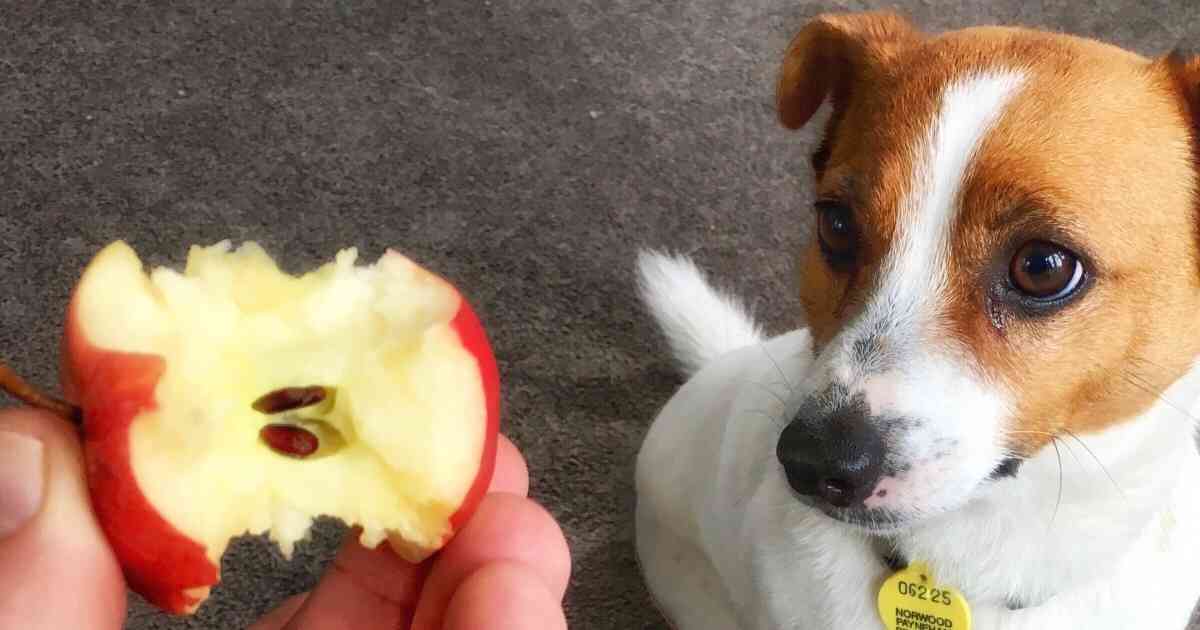 There’s a lot of rubbish on the net…

Every time I bite into a crunchy apple, I hear the pitter-patter of eight tiny feet. That’s not some 8-legged apple monster, just my two hungry dogs.

They’ve got to know that when I  eat an apple I share the joy. Of course, this means I have to then eat a second so it’s all fair and square.

However, when I mention the health benefits of fruit to clients, they always say, “I heard apple cores are toxic”.

The Myth About Apple Cores

Apple seeds contain hydrogen cyanide. Yes, cyanide is toxic. But it’s not as simple as that.

Every plant-based food contains toxins at some level. Below the harmful threshold, these are just things to keep your dog’s liver busy. No effect, no harm. Our livers don’t get enough credit for the work they do.

But are we below the harmful level?

The Toxic Dose Of Apple Seeds

A medium sized dog would need to eat 85 grams of apple seeds and completely chew them up to get a toxic dose (source: ASPCA). We did an experiment:

Is Cyanide A Cumulative Toxin?

Another ‘reputable’ site says that cyanide ‘accumulates in your dog’s system’. What ignorant rot. Did they go to vet school at all?

Cyanide is quickly metabolized to 2-amino-2-thiazoline-4-carboxylic acid and thiocyanate with a half life of 10–30 minutes as a detoxifying mechanism. Within a few hours of single ingestion, no cyanide can be detected, since all of it is metabolized unless death occurs first. Source

So like with most toxins, if the initial dose doesn’t exceed the lethal threshold, your liver will sort it out. Three cheers for livers! You can read here what happens to dogs with poor liver function.

Yes. The feeding of sensible amounts of apple cores and seeds to dogs is harmless. Cyanide levels are extremely low and quickly metabolised. Apples are a safe and healthy treat that you can share with your dogs.

18 Replies to “Are Apple Cores Poisonous To Dogs?”