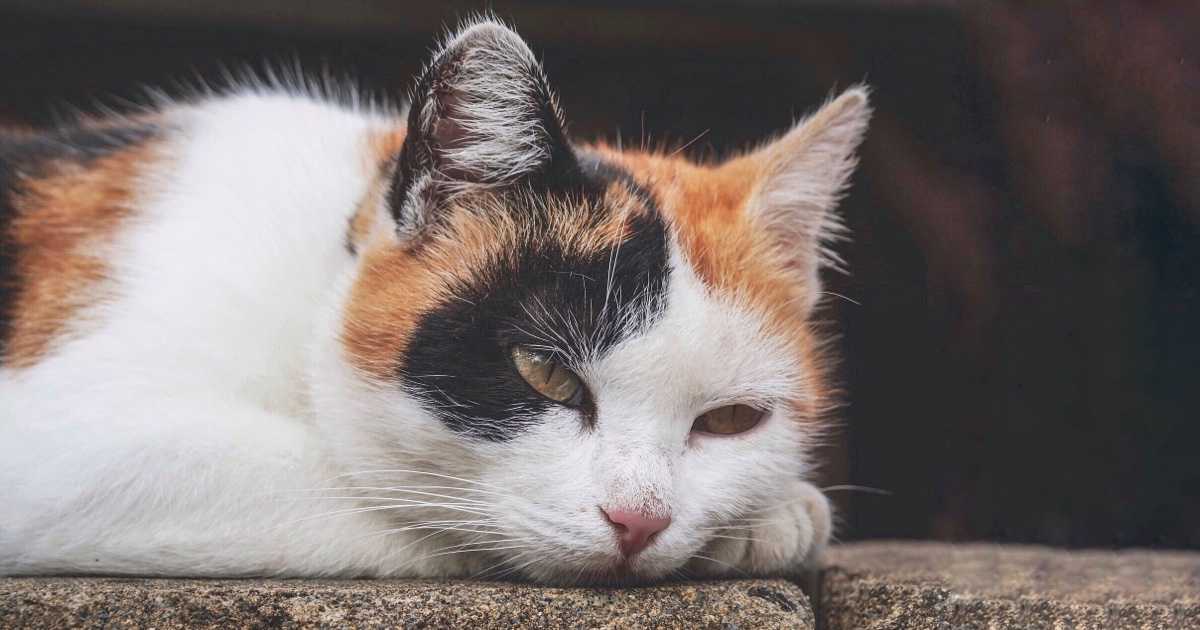 The poor kitties. Arthritis in cats is a disease that manages to be severe, unseen, unresearched and very common all at the same time.

How common is it? Numbers vary but one study found it in 90% of cats over 12 and another in 82% over 14. Even if only half of these need treatment, we aren’t seeing anything like that in our clinics. Why?

Let’s start with a spotter’s guide to this most tricky of diagnoses.

Symptoms Of Arthritis In Cats

Signs are mostly vague and behavioural and can be just one of the following:

Strikingly, what we almost never see are limping or crying out.

If you feel your cat is showing some of these signs, see your vet, but don’t feel too guilty. Instead, read how I lived with my cat for years before I realised she was in pain.

Now it’s going to get controversial and personal. I’ll start by telling you how I won’t decide if a cat has arthritis.

I won’t trust my ability to find it by examination. Studies show that this is a poor way to identify arthritis in cats. Of course, if I do find it that’s fine.

What I will do is ask you about your cat’s lifestyle. It’s the little clues at home that tell us the most. Especially how they jump up compared with five years ago.

Then, if I suspect that your cat is in pain, I’ll recommend a short treatment trial. It’s possibly the only way to ask a cat how they feel. If they get better, you actually know something better than if they have arthritis. You know how to help.

But treatment trials come with a strong warning…

Visit our page on knowing which pet medications work and you’ll see a study on arthritis treatment in cats. It showed that cat owners were unable to tell the difference between real effects and ‘caregiver placebo’ effects during a treatment trial.

If we don’t recognise the problem, many cats will end up on unnecessary drugs. There are two ways to combat this unconscious bias:

I’ll do my best to be as open-minded as I can but I’m also going to be blunt about where the evidence doesn’t sit. Using an ineffective treatment is not just useless, it takes the place  of something else that might actually work.

There are many natural options for pain in cats but none have been proven to work. Based on our knowledge of arthritis in dogs (far better studied) it’s likely that fish oil and green lipped mussel products have some benefit. However, as safe as they are, that benefit is likely to be insufficient on its own.

Cartrophen, Zydax, Synovan, and Arthropen are all brands of pentosan polysulfate sodium. It’s only registered for dogs but most vets agree that it is also effective in cats. Although ‘off label’ it appears almost completely free of side effects.

Four injections are given at weekly intervals.

The biggest mistake I see is cat owners and vets worrying so much about non-steroidal anti-inflammatory drug (NSAID) side effects that they won’t use them. Once your cat needs pain relief, these drugs are lifesavers and nearly always very safe if closely monitored.  Over my career, the only time I’ve seen a problem has been when an owner got the decimal place wrong and was giving 10 times too much! Note that paracetamol is extremely dangerous to cats.

There are only two cat NSAIDs to choose from in Australia. We use mostly meloxicam for its combination of efficacy, safety, price and ease of use. Robenacoxib is a palatable tablet that may be more effective and is a realistic second option for us.

When side effects occur they are mainly vomiting and diarrhoea due to gastrointestinal ulcers. If this happens, a pause or change in medication is required. Liver or kidney damage can occur but should be rare if blood testing is performed before, and then again shortly after starting. We even find that cats with existing kidney disease can safely go on meloxicam as long as they are closely monitored.

Prednisolone and other cortisone drugs are also anti-inflammatory but should definitely be avoided unless there’s no alternative. They do not work well and cause serious side effects at the doses that are needed.

A common concern is the cat with concurrent arthritis and kidney problems. Will an NSAID cause further kidney damage? Recent studies* have given us cause for optimism. These drugs appear safe provided:

However, owners should always be prepared for unforeseen effects, and discuss the risk versus benefit of such drugs with their vet in their specific case.

Tramadol and gabapentin are also used as second-line pain treatments. Of the two, I rarely use tramadol due to its unpleasant taste and poor results. Gabapentin, on the other hand, is much easier to give and seems to help.

Neither is likely to work as well as an anti-inflammatory but they sometimes they’re the best we have. It’s important to state that there is no evidence for their efficacy, they are unregistered in cats and they only come as tablets or capsules unless reformulated via compounding.

Buprenorphine is an opioid that appears very safe and effective for all types of pain in cats. The problem is that it only comes as an injection with very strict legal controls. We do give syringes out for oral dosing but reserve it for special needs.

If used carefully, the only common side effects of all three drugs are mild sedation when given at higher doses.

Lastly, we should never overlook other ways of treating arthritis. First among these is weight loss. For advice on weight loss in cats click here.

Second in importance are the home care ways to assist cats in pain. Keeping old cats warm via bed warmers or extra rugs seems to help a little. Their litter, food, water and bedding need to be moved to where they can be accessed easily.

I know a cat owner who put her mattress on the floor so her cat could still get on and off the bed. That’s platinum-class cat care right there!

Arthritic cats often stop using scratching poles and so the outer layers of nail build up. This will eventually cause a painful ingrown nail if it isn’t recognised. They may also often need help grooming their back and sides to prevent a matted coat.

Good luck. If you think that there isn’t much available for cats, wait until you see arthritis in rabbits!

5 Replies to “What Can I Give My Cat For Arthritis?”