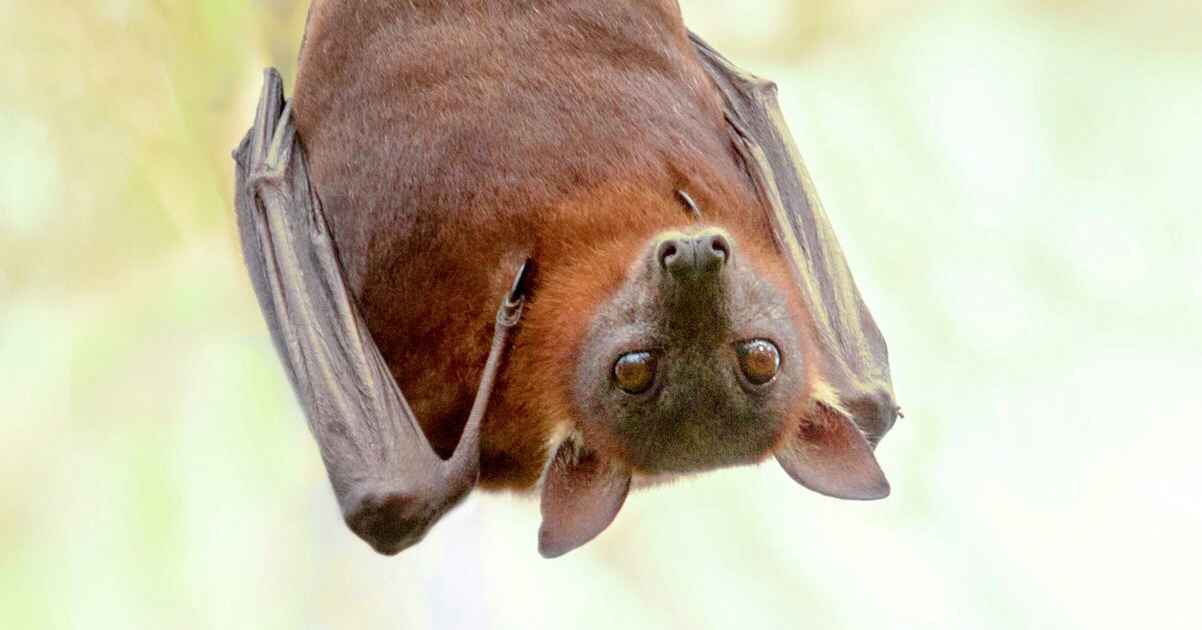 There’s a new sound in the suburbs of Adelaide at night. I hear it most evenings in my gum tree. It’s the sound of fruit bats.

With them comes something we South Australians now need to know.

In a nutshell, it’s this: only experienced and vaccinated carers should handle bats. Why that is I’ll explain below, and afterwards I’ll tell you who to call if you find a bat. Pay attention! There’s a quiz at the end.

The New Bats In Adelaide

Grey-headed Flying-foxes established their first permanent camp in Adelaide in 2010. Currently it numbers around 20 000.

The colony is mostly comprised of immigrants, coming to Adelaide as part of a bigger movement southward in Australia. Just like Rainbow Lorikeets once did, flying foxes have moved in to take advantage of the food trees and shrubs planted by us. They’re here to stay.

However, we’re at the limit of their tolerable climate range. During harsh summer temperatures, many adults and young pups are found on the ground with heat stress. These are mostly the bats you might find and want to help.

The Grey headed flying fox is nationally threatened, so every new colony is important. It’s suspected  that clearing of food trees in the Eastern states has contributed to their arrival in South Australia. You could liken them to refugees.

Flying foxes are easily caught in poorly placed fruit tree netting. Please make sure the net you buy has holes that are too small to fit your fingers through, and fit it tightly to the tree. Trailing pieces and gaps will only increase the risk. The last thing you want is a flying fox caught in the net (see below for what to do).

Flying foxes mostly feed on blossom, nectar and native fruits so they aren’t a major threat to orchardists or fruit growers. Instead, they play an important role in the pollination of native plants.

The Danger From Bats

Bats carry viruses that can infect and even kill people. The chance of infection from handling a single bat is very low but you need to know the risk.

ABL is a rabies virus carried by most bat species, including microbats. It is transmitted by bites or by secretions such as tears or saliva. Three people are known to have died from ABL in Australia, the last in 2013.

Wild animals look cute, but they don’t want to be handled and will bite. If you get bitten by a bat, wash and disinfect the area well, and contact your doctor. You will probably need post-exposure rabies immunoglobulin injections. This, by the way, is the same if you get bitten by any animal in countries with ‘regular’ rabies, such as Indonesia.

The good news is that a 2020 study found no evidence of lyssavirus in 301 samples taken from the Adelaide colony.

Hendra virus has killed at least four people, all of whom had close contact with infected horses. Two were vets, Dr Ben Cunneen in 2008, and Dr Alister Rodgers in 2009 who attended the sick horses. No transmission has occurred directly from bats.

Evidence of past Hendra virus infection has been found in 43% of the bats here in South Australia, though no spread to horses has been documented. It’s probably spread by grazing underneath trees where bats feed or roost. The horses can then get a severe disease with respiratory or neurological signs, and 70% mortality.

Since 2012, an equine Hendra virus vaccine appears to have had great success in reducing the number of fatalities. All 19 affected horses since that date were unvaccinated. Therefore, if you have a horse within 20km of Adelaide:

Bat faeces and urine are probably not directly hazardous to humans, dogs or cats.

What To Do If You Find A Bat In Adelaide

Where to see Bats in Adelaide

Bats are cool, and no danger if we leave them alone. Would you like to take a look?

The next time you’re at a game on a warm evening, watch the buzzing insects around the lights. You’ll see something flitter and flutter through the beam. These are one of around 8 species of insectivorous bats, or microbats, quietly going about their job of keeping bug numbers down. If you listen closely you can just hear their echolocating squeaks.

Flying foxes are even easier. The Adelaide parklands colony can be found in the pines near Frome Road south of the Zoo. They’re hanging upside down, high up, and resting far away from danger. Each evening they head out in search of food. Then, like me, you may hear their chattering in the trees or see a dark shape flap overhead. That’s no bird.

Q: What’s the best way to pick up a bat?

A: By the handle, of course!

Sorry. I’ve been told I don’t do enough puns.

Interested in what other diseases we share with animals? Visit our page on what you can catch from your pets.

28 Replies to “Bats In Adelaide”