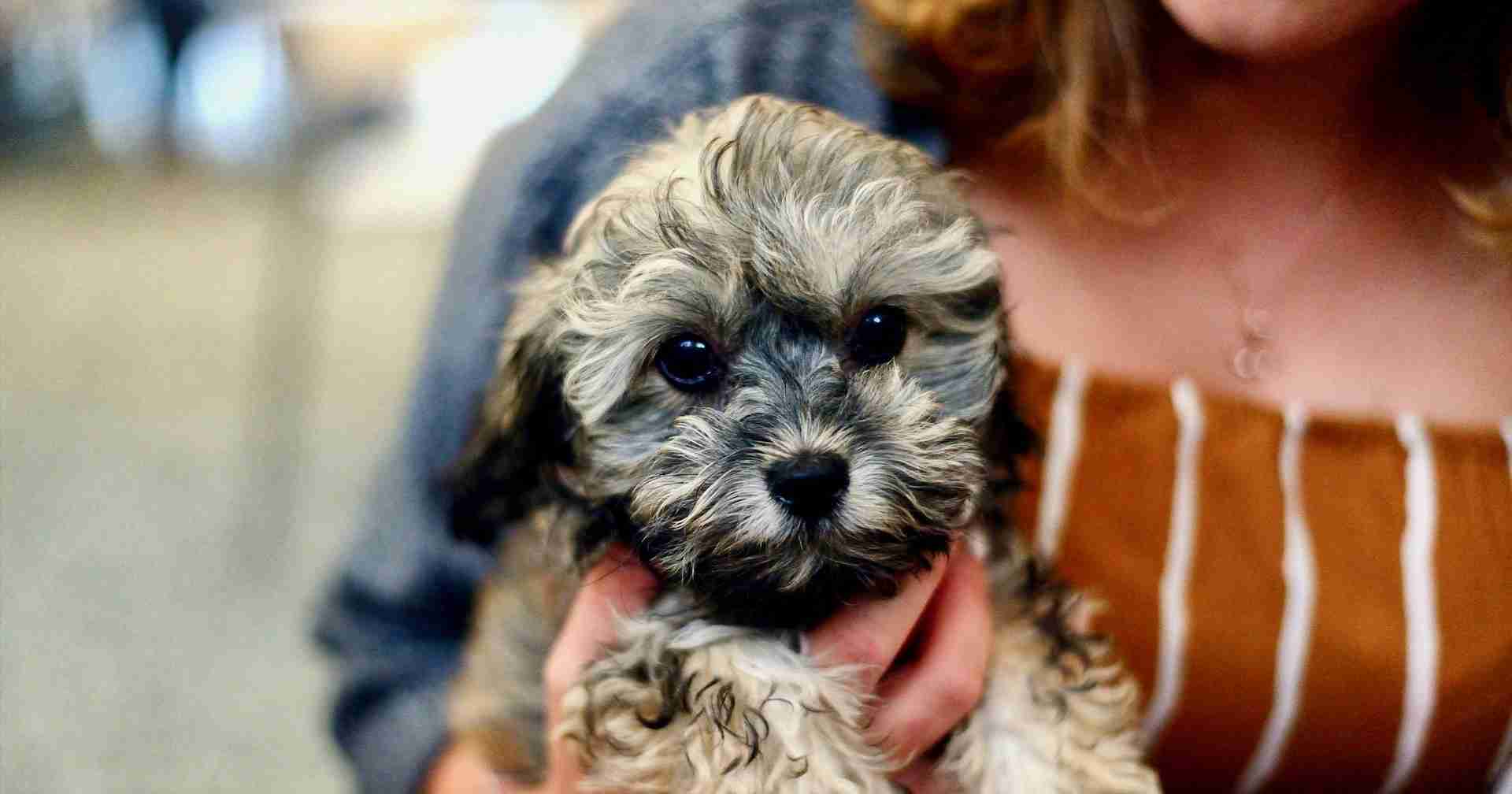 The age when you bring a puppy home matters. What you might be surprised by is how early that is.

The best age for a puppy to enter their new home is at seven to eight weeks old. This is what the evidence tells us, especially the best and most recent study.

Dogs in Finland were surveyed about their behaviour towards people and other dogs. The results were compared with the age at which they were acquired from the breeder.

What I’m about to tell you will seem dramatic, but it’s not as bad as it sounds. These behaviours may be more common but they are still a minor problem for most dogs. I just want you to see that there is a real difference.

The study divided up the behaviours as either at home or away, and to dogs or people. This is what they found:

Towards unfamiliar people outside the home, a homing age of 13-16 weeks was associated with:

All of these showed significance when compared with homing ages of 6-7 weeks and 8 weeks.

Towards unfamiliar people visiting the home:

Towards unfamiliar dogs outside the home, the group homed at 6-7 weeks showed the lowest prevalence of barking.

Crucially, this study only used dogs that were raised in the breeders’ actual living quarters before homing. These weren’t deprived puppies at all.

Making Sense Of It

This shows us that even from a good breeder, waiting until 9 weeks of age might have harmful effects later on. But now it’s useful to look at what the two main stakeholders have to say on the subject.

A member shall not, within Australia, sell or otherwise transfer from that member’s care any puppy under eight [8] weeks of age without the approval of the member’s Member Body.

The minimum acceptable age for a puppy to be removed from the mother dog for adoption or purchase [is] 8 weeks of age.

Under current restrictions, the best age to get a puppy is exactly 8 weeks old. Seven weeks is probably better as long as the puppy is fully weaned and can act independently. However, this won’t be possible very often.

The most important message is to understand the special needs of older puppies. At any time after 8 weeks, you’ll need to put more effort into socialisation and training. Elsewhere I’ve written about the consequences of adopting puppies after 16 weeks of age.

Here are some useful resources:

Can you get the breeder to help? It depends. I have seen some breeders do a very good job but I’ve seen others make a complete mess of it too.

It’s also important to recall that too early an age is harmful as well. When dogs adopted between the ages of 30 and 40 days were compared with dogs taken at 60 days, these behaviours were more common:

This might explain why we see a higher incidence of some of these behaviours in puppies sold from pet stores. They are likely to experience disruption at an earlier age in order to reach the shop at an appropriate time.

In finishing, I don’t ever want to discourage people from getting an older puppy or rescuing a dog from the shelter. All I want you to do is understand that it gets harder, and to choose the best age if you can. Taking older puppies and adults is just as rewarding, and these dogs always respond well to a loving and responsible home.

The quality of a dog owner’s care always matters more than anything else.