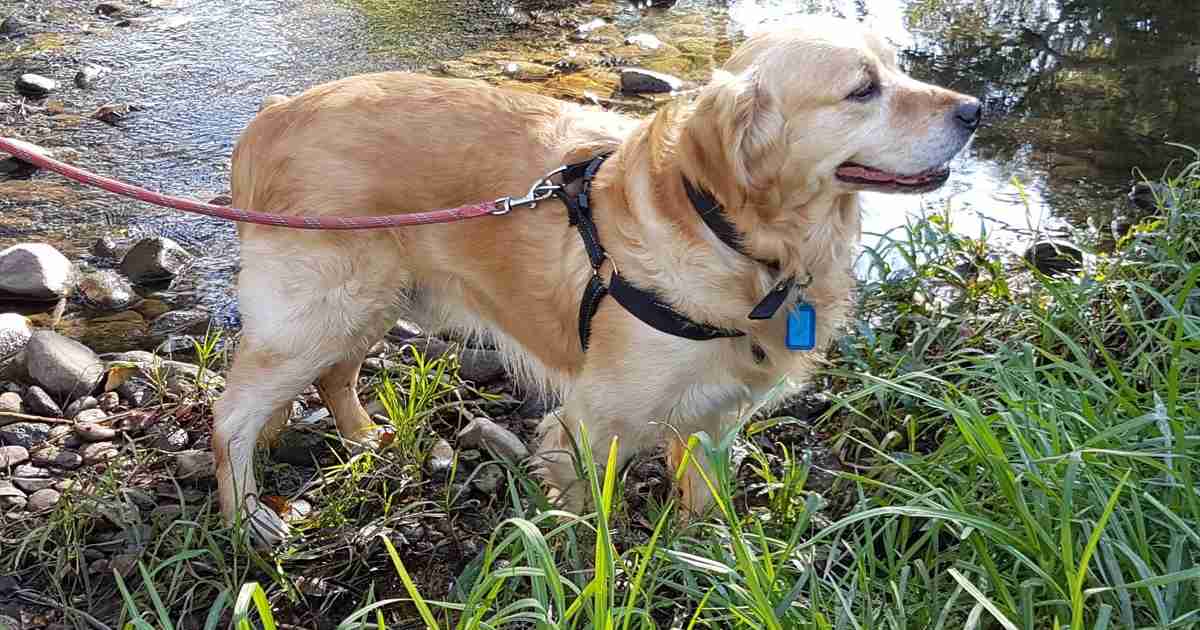 Not long ago I saw two adult dogs in a row that had just been adopted from their breeder. The first one was not perfectly normal, but he would be OK. However, the second one, Jethro was in real trouble.

Right now, he is frightened of many things in an unpredictable way. He is frequently frozen and unwilling to move, difficult to walk, wary of strangers and not interested in food. At night he wanders the house unsettled. But we can also see signs of the lovely dog within.

Recently I told you that the best age to get a puppy is 7 to 8 weeks old. But there are plenty of dogs and puppies over 16 weeks old needing homes. Here are some examples:

So what happens if you get them? The answer is that they still make great pets, but not all of them and not always in the same way.

Here, for example, is one of their most commonly searched questions, and its answer:

Why Are Ex Breeding Dogs So Scared?

Dogs and puppies older than 16 weeks have passed the sensitive period. This is when they have learned to tolerate and hopefully enjoy what their environment contains. After this, new experiences often cause a fear response, at least initially.

How much this matters depends on three things:

The third point is by far the most important. When I see older dogs that have lived in a good home, been taken for outings, and met a variety of people, these dogs are nearly normal. They fit in well and go on to make great family pets.

When I see dogs like Jethro who was kept in a shed in concrete runs and had limited outside contact, they are always in trouble. He’s from a good, resilient breed not normally known for anxiety, but there’s a lot of damage to undo.

These dogs cope poorly with change. They have been kept in a sterile, featureless place and have missed out on experiencing the normal parts of life. Their social and environmental deprivation creates a dog that can only be described as institutionalised.

To the breeder or greyhound trainer, they are happy dogs, no doubt celebrating with joy every time the cage door is opened. No one ever thinks, “yes, but what are they like when I’m not watching?

And how will they cope when they have to go anywhere else? Because breeders and trainers rarely keep dogs for life. They often hold dogs back to see how they will develop, before homing the ones they choose not to show or race. The dogs they keep are usually adopted out at the end of their useful life.

Getting A Puppy vs An Older Dog

Many people choose an older dog to avoid the difficult puppy period: the toilet training, the socialisation, the problem behaviours like jumping up. But that assumes that someone else has done it! Most of the time there’s no-one better than you to put the time in to create your perfect family dog.

That’s because good socialisation is exposing a young puppy to everything they can expect to meet in their adult life. You can use my checklist of puppy experiences but nothing beats raising the puppy in the same environment they will live in later.

This is especially important if you might have children. Very few ex-breeder dogs or greyhounds have had sufficient exposure to cope with the unpredictability of toddlers*. They have also rarely had anyone play with them in the way children will.

But it’s not all negative. There are some potential benefits of these older dogs too:

If you plan on getting an older puppy, a shelter dog, a greyhound or a retired breeding dog, the most important skill is patience. Despite my warnings, they usually settle in well, but take more time than younger dogs. Many things that are normal to other dogs can be terrifying to begin with.

When you come home, he or she will often be quite scared. This may not be obvious; most show it just by inactivity, a stiff, frozen posture or not eating.

Settle them down in as similar a place as possible to where they just came from, but inside the house. This could even be a crate with the door open if they are used to being caged. Your new dog will need very high levels of consistency and understanding from everyone involved, and zero punishment.

If you don’t force the issue, you should find that over the next few days your dog gradually starts to show relaxed body language and begins to explore. After a few more days, you should be able to venture outside for short walks.

If this isn’t happening, contact your vet as soon as you can. They will probably recommend a force free dog trainer combined with short-term anxiety medication. While no one wants to drug a dog, reducing fear allows a dog to explore and learn. It can also be a welfare issue to treat these dogs’ anxiety.

Please don’t think that buying an Adaptil collar or a Thundershirt is a reasonable alternative. Time is of the essence here.

Is It A Bad Idea To Get An Older Dog Then?

No, not at all. Imagine what would happen if no-one took these dogs. And not only that, most of them do extremely well. Even Jethro will be OK.

If you’re looking at getting any puppy over 16 weeks of age, here are some things to think about:

However, you won’t be able to tell how much a poorly socialised or trained dog can improve with your care. That’s why I’m in two minds about ‘taking a dog on trial’. While some dogs settle in quickly, helping others requires a long-term commitment.

Older puppies, greyhounds, rescues and retired breeding dogs are perfect pets for the right person. I just want you to go in with your eyes open, to have realistic expectations of how older dogs differ, and to recognise when a dog needs help.

And to get a checkup with your trusted vet. Jethro didn’t just have anxiety. He also had untreated ear infections and diarrhoea that only added to my low opinion of his original home.

Update 2021: Jethro now looks almost like any other happy dog. He spent some time on anxiety medication, and his ear infections and giardia took a while to fix, but they’re all in the past now. His bad start is but a distant memory thanks to the commitment of his new owners.

6 Replies to “Adopting an Older Ex Stud or Shelter Dog”