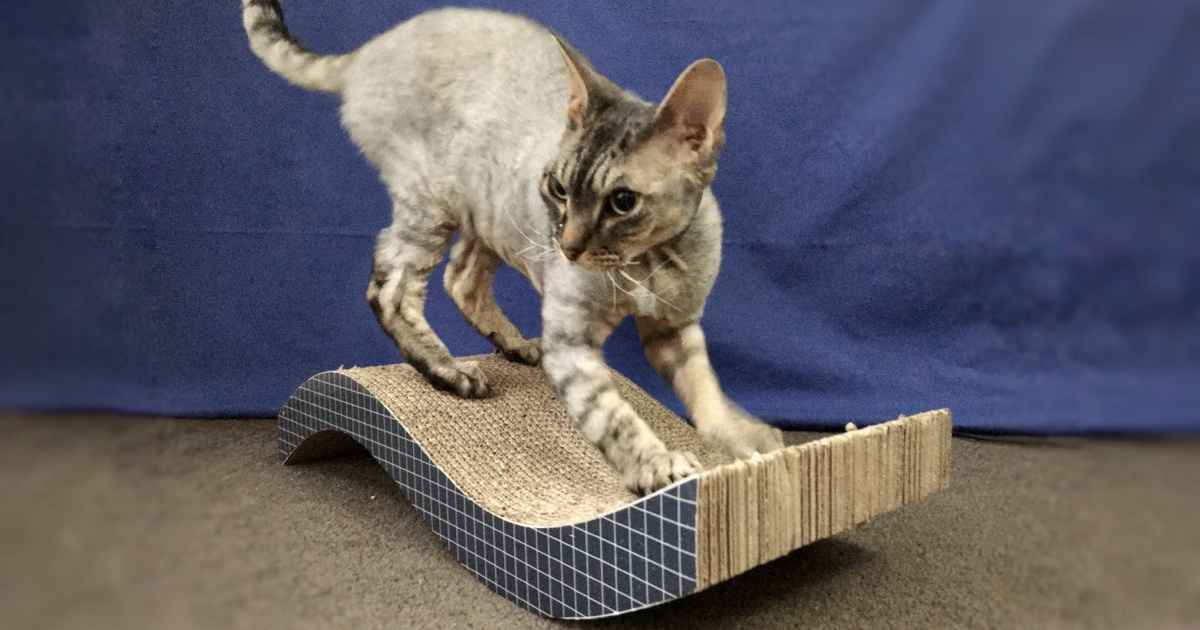 We all know that cats like to sharpen their claws, but it amazes me how little we actually know about it. Yet scratching in cats is extremely important.

What you see here is typical of veterinary science. Pick a rare disease like arterial thromboembolism and you’ll find lots of good science. Pick a common, everyday, practical problem and it just doesn’t get the same attention.

Finally, I have something to tell you. For the first time, two recent studies have looked at scratcher preferences in kittens and adult cats. They offered cats choices and measured which ones they chose to use more often.

Before I get to that, it might help to know why they do it.

Why Do Cats Scratch?

Although there is very little evidence, most experts agree that cats scratch objects for three main reasons:

So which objects do they prefer to scratch? In wild and outdoor cats, you most often see the base of a tree or stump being used. Our job for indoor cats is to choose a suitable replacement so they don’t feel the need to use something else.

Here’s what the two studies found: Cats and kittens consistently preferred cardboard or rope over other scratching pole and scratcher types.

In the kitten study, the preferred scratcher is a horizontal cardboard scratcher. You can view it here. You’ll see that it’s very similar to my cat’s favourite scratcher pictured earlier which costs $5 from K-Mart.

In the adult cat study, cats preferred vertical scratching poles covered with rope or cardboard. They avoided fabrics and carpet, and this time did not use the horizontal cardboard scratcher so much.

Based on my own experience, there may be two reasons for this that were not captured by the study:

So let’s put this into some concrete recommendations.

What Is The Best Cat Scratcher?

It’s important to start good habits early. Kittens should be offered both horizontal scratchers and vertical scratching posts in either rope or cardboard. Since scratchers are cheap, it’s worth buying a few, spreading them around, and looking for the most popular type and position.

If you haven’t already noticed this, you often have to ‘teach’ kittens to scratch by getting down and showing them. You’ll feel ridiculous, but it works!

Adult cats should be given a choice, but pre-existing preferences are also important. Once again, rope or cardboard should be chosen, but the cat’s larger size and weight must be taken into account.

Help! My Cat Scratches The Furniture

We’ve all faced it: the prized household item being slowly destroyed by cat claws. It can drive you mad.

If you look online, you will see that most answers to the problem involve making the scratched object as unpleasant as possible. However, I suspect that many cats scratch the furniture because their own choices aren’t up to scratch (hehehe!). Commercially-available scratching poles are often:

Now we can add a possible fourth fault: not horizontal. I was amazed by how much Grendel prefers to stand on the thing he’s scratching. Until now he didn’t have the choice.

He’s only one example of a bigger concept: cats don’t all like the same thing. Only by trying out different scratching poles, posts and mats can you find the one your cat prefers. With these two new studies, perhaps we now have a head start.