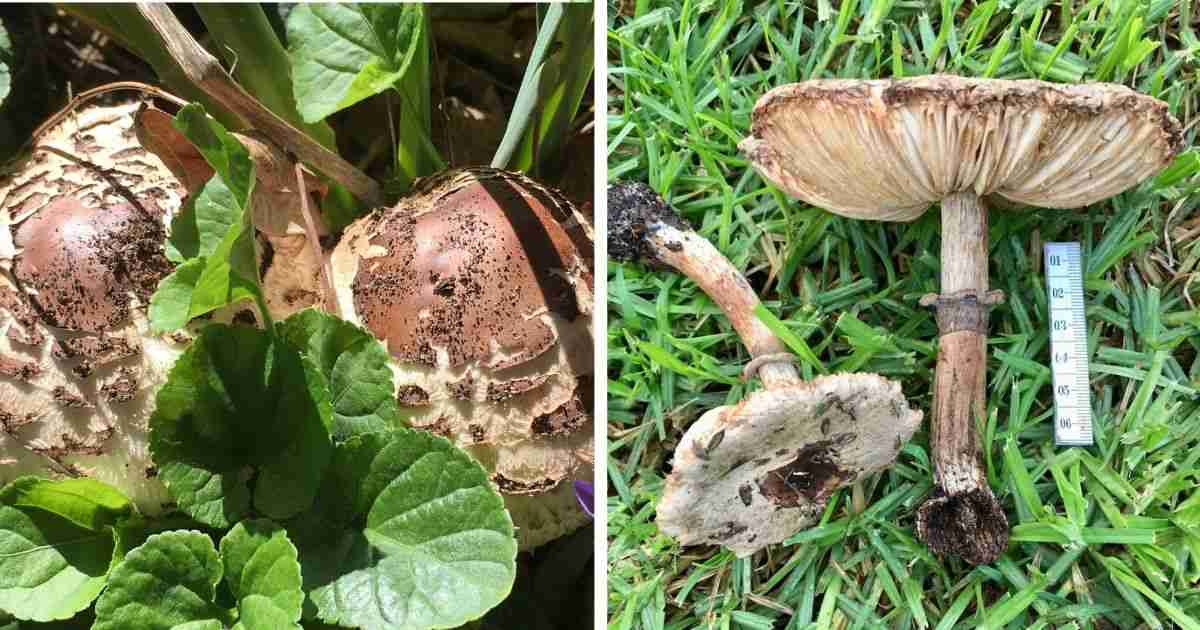 If A Dog Eats A Mushroom

In most parts of the world, when the weather is wet but not too cold, mushrooms and toadstools start to appear. That is mainly spring and autumn in Adelaide. At these times we see lots of puppies who have tried to eat them.

My own dog once did this, and without treatment I doubt she would have survived. It’s likely that many similar cases go unexplained. If I didn’t find it in her vomit, I would never have known why either.

Toxins in mushrooms can be divided into four groups. What happens when a dog eats a poisonous mushroom depends on whether they cause:

The worst poisonings are caused by liver toxins. When a dog eats these, the illness follows a surprisingly long course:

Not all dogs show all four phases, and they often overlap. In high doses, or in puppies, death can occur within 24 hours of eating.

Neurotoxic mushrooms, on the other hand, can cause the following signs in dogs:

Symptoms can be quite rapid in onset, ranging from minutes to a few hours.

Mushrooms with gastrointestinal toxicity are the most common sort. They produce the classic signs of vomiting and diarrhoea, sometimes with blood, plus dehydration and lethargy.

Symptoms normally appear between 2 and 6 hours after eating.

Kidney failure from mushrooms appears rare and in Australia possibly only in the Cortinarius genus. When it happens, just like with liver toxins there will be a long delay between eating the mushroom and the onset of signs.

How Much Mushroom Is Poisonous?

Mushroom toxicity varies greatly, but one thing is clear: when a mushroom is toxic, even tiny amounts can be fatal.

A single Death Cap mushroom Amanita phalloides has been known to kill a horse. One tiny neurotoxic mushroom can cause fatal seizures.

Therefore, dog owners must practise zero tolerance. Any suspicion of mushroom eating must be followed by immediate travel to a vet for decontamination. Preventative treatment is quick, painless and inexpensive.

Which Mushrooms Are Toxic?

There are over 600 species of mushroom in South Australia alone. Identification is extremely difficult, and nearly impossible when they are at the button stage. Therefore, unless your dog ate shop-bought mushrooms (Agaricus disporus) you should always assume the worst.

I will highlight a few of the larger common species. Above to begin is the Death Cap mushroom, responsible alone for most human deaths. I’ve seen it mainly (but not always) under Oak trees. The cap is pale to greenish-yellow, gills are typically white and there’s a ragged sac-like base (arrowed) which you often have to dig up to see.

Agaricus xanthodermus (the Yellow Staining Mushroom) is very common in Adelaide parks and causes intense gastrointestinal signs. It looks a lot like the edible field mushroom A. campestris. Although both have gills that start pink and go to brown, it can be identified by the yellow colour from bruising the flesh or cutting the lower stem.

The picture at the start is Chlorophyllum brunneum, the Shaggy or Brown Parasol. It’s also extremely common in Adelaide parks and can have gastrointestinal toxicity if eaten.

The Spectacular Rustgill shown here grows on tree stumps and decaying wood in the ground, and is considered neurotoxic. The classic neurotoxic red toadstool, Fly Agaric Amanita muscaria (pictured earlier) is rarely seen in urban areas. It gets more orange as it enlarges and flattens out.

Then there are all the LBMs (little brown mushrooms) found growing in lawns, leaf litter and mulch. There’s a small selection pictured below: treat all of these as potentially dangerous. The one bottom left may be Galerina, another genus known for liver toxins.

The mainstay of treatment is rapid decontamination. If your dog eats any wild mushroom, travel to a vet straight away for treatment. Emergency after hours vets are listed here.

If the vet considers it safe to do so, they will immediately induce vomiting. If neurological signs have begun, it may be safer to pass a stomach tube.

If there is any suspicion of mushroom toxin remaining, multiple doses of activated charcoal are often used. A typical recipe is 1 g per 5 ml water given at a dose of 2 to 5 ml per kg bodyweight orally every 2 to 6 hours for 2 to 3 days.

Dogs suspected of having ingested a mushroom such as A. phalloides toxic to the liver or kidneys require close monitoring throughout.

In these dogs silibinin was shown to be effective when given twice at an intravenous dose of 50mg/kg 5 and 24 hours after exposure. Dosed dogs had better markers of liver function and on histopathology, no liver lesions were found. Oral administration of milk thistle or silymarin is not recommended as they are poorly absorbed.

Other unproven but widely used treatments for A. phalloides include:

Early intervention gives better outcomes. For dogs with gastrointestinal or neurological signs, the prognosis is good.

Yellow Stainers are the most common mushroom at my local off leash park. Most people think they’re doing the right thing by kicking them, but they’re wrong. They should get a doggy bag and dispose of them completely.

The best way to reduce the risk from toxic garden fungi is to quietly remove them without your puppy noticing. When mine was poisoned, my mistake was to kick the mushroom while my dog was alongside. No doubt this attracted her attention.

Offering a range of other chew items can only help too. But at the end of the day, puppies will be puppies and poisonings will happen. We’re always here to help when they do.

7 Replies to “Mushroom Poisoning In Dogs”