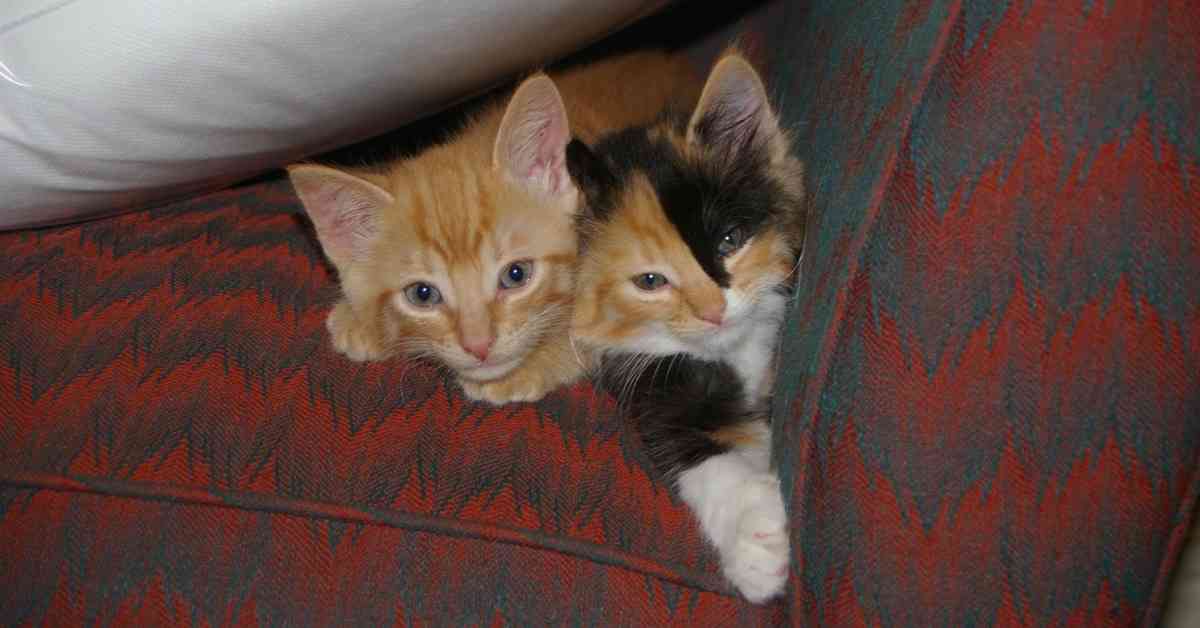 Why are so many ginger cats male? What are the odds a ginger cat can be female?

The Science Behind Male Ginger Cats

Here’s the science. Genes which control coat colour are found in many places in the cat genome, on different chromosomes. There are genes for patterns, colours and colour intensity.

The genes we’re interested in are those for ginger. The are found only on the X chromosome and exist in two forms: Ginger and Black. You may recall that males only have one X chromosome, whereas females have two.

Males having only one X means that the gene is either ginger or black.

Females with their two X chromosomes get the following combinations of these two genes.

You can see by now where this is going. Only a female can carry genes for ginger and black at the same time. This is the colour we call tortoiseshell. Therefore, one of the safest bets in nature is that if you see a ginger and black cat, they will be female.

1 In 4 Ginger Cats Are Female

However, I’m no mathematician and the maths to work out if a ginger cat will be female is a lot harder. So I cheated and looked at our own patient files for the answer. We have seen 135 female ginger cats from a total of 557 gingers.

That makes as near as perfectly one in four.

That’s a lot higher than I expected. You may have already asked yourself why there seems to be more female black cats? It seems the answer is that there are also other genes which do black, but the only ginger gene is the X-linked one.

What about why tortoiseshell cats have that pattern? The answer is that each cell only uses one of the colour genes and turns off the other in a random way. The size of the blotches tells you how early in the embryo this happened. Large blotches equals early, small blotches equals later.

Beware what you read. A recent study showed that tortoiseshells, calicos, and “torbies” show more aggression to humans than other coat colours. However, it’s a well-known fact that females are more aggressive than males and they did not control the group for gender.

It’s likely that if they only looked within females, they would find no difference in aggression between different coat colours.

Don’t worry: despite the difference, overall aggression in the study was low in both sexes and all colours.

One Reply to “Myth 30: Ginger cats are always male”