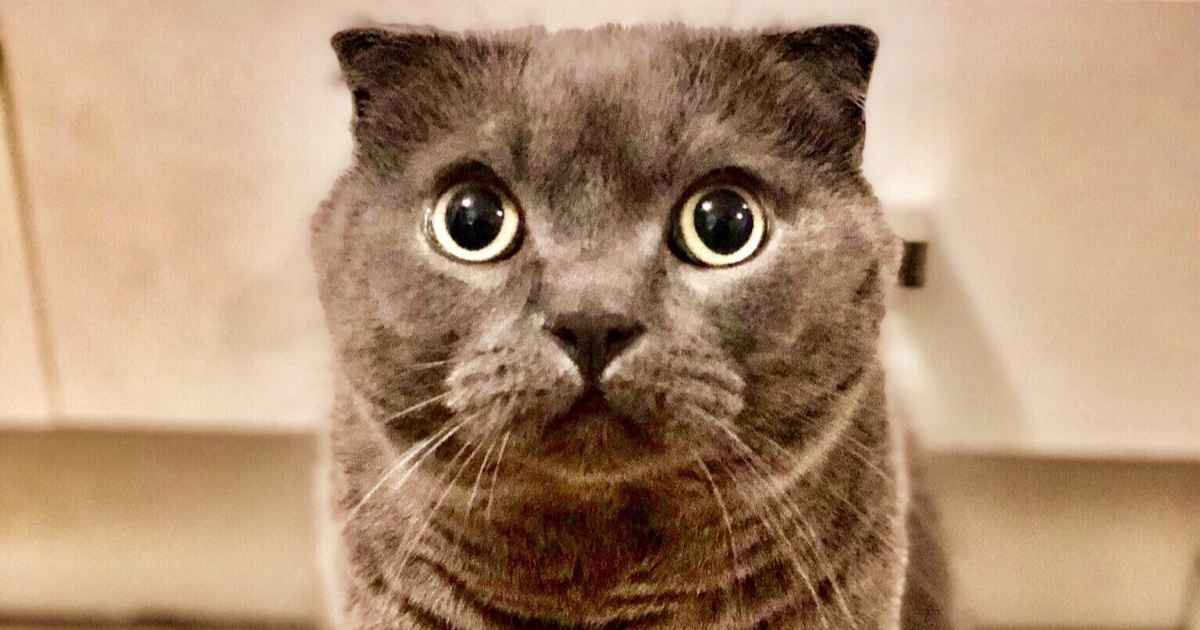 Your cat might need your help. Imagine if there was a disease that affected two thirds of cats over their life, but vets rarely diagnosed it. That’s the reality for pancreatitis in cats.

These figures might be exaggerated*, but they speak to a wider truth. There is no doubt that most feline pancreatitis (FP) goes undetected, regardless of the numbers.

Gom, pictured above, is a good example. He’s always seemed healthy. Yes, he vomits occasionally and isn’t always hungry but that could be said for many cats.

It wasn’t until he came in with lethargy and a fever recently that I suspected he had pancreatitis. Even then, I had no other evidence except a hunch.

The problem is that you don’t find feline pancreatitis by accident.

Diagnosis Of Pancreatitis In Cats

Despite being common, FP does not appear on any routine test. There is a good test that can pick up most cases, but it’s still not widely used. So what’s holding us back?

The feline pancreatic lipase, or fPL is limited by being owned by one pathology company. That’s probably why it’s pricey and not yet standard in all wellness testing, even though it clearly should be.

Adding it to the price of our wellness tests takes them from $130 to $170. Perhaps this doesn’t seem much until you realise that there are 50-plus other tests in the basic profile. If all of them cost the price of an fPL, tests would be well into the thousands.

It’s still up to the vet to decide when when the extra costs are justified and to recommend adding an fPL.

fPL is the best test, but still not perfect. It has a reported sensitivity of around 75%, meaning it will miss one in four cases. For these, we use ultrasound or perhaps even surgical biopsy but there will always be a few we miss. That’s why it’s important to not give up when investigating vague symptoms, even when the tests are negative.

To understand pancreatitis, all you need to do is ask, “how does meat eat meat?” How can one animal safely digest another without digesting itself in the process?

The answer is the use of enzymes that remain inactive until they reach the food in the gut. Pancreatitis occurs when something triggers these enzymes to activate while still in the pancreas. Then it’s like an explosion in a fireworks factory.

The problem for cats is that we don’t yet know what these triggers are. Although pancreatitis in dogs is strongly linked to fats in the diet, this isn’t true for cats. All we know is that older cats and males are more likely to be affected.

Until we know more there’s precious little that can be done to reduce the risk for an individual cat. I always advise weight loss if a cat is overweight. However, as much as I might suspect this adds to the risk, I have no evidence other than a suspicion.

All we can do is be aware of the signs and know what to do about it.

Signs of pancreatitis are vague and vary in each cat. They include:

Most cats, however, only show lethargy and a reduced appetite. Only 50% will vomit, and even less have diarrhoea or a fever. All have pain, if only we could detect it.

There’s a lot of talk about treating acute versus chronic pancreatitis. Although in reality they overlap, the concepts are still useful. Acute disease is rapid in onset and usually more severe. Chronic pancreatitis is a cyclic and ongoing problem that’s probably less severe but of much longer duration.

Cats with acute pancreatitis (like Gom) are likely to need hospitalisation. Treatment is supportive, and includes intravenous fluids, anti nausea drugs, and most importantly pain relief.

Many of these cats start eating within 24 hours and can go home. Those that don’t will need assisted nutrition (often via feeding tubes) and potassium added to their fluids. A large study of these cats shows a 78% survival rate which was worsened by a delay in getting to the vet.

Cats with chronic pancreatitis rarely need to stay in hospital, but require ongoing home care. The best thing an owner can do is to learn to recognise the signs and administer anti-inflammatories and pain relief. These drugs usually work very well to prevent or control flare ups and keep cats healthy.

The sharp-eyed among you will have already noticed that both pancreatitis and diabetes are diseases of the same organ. And it’s certainly true that each one complicates the other.

A cat with diabetes who develops pancreatitis becomes very hard to manage, and is often best referred to a specialist. A cat with repeated bouts of chronic pancreatitis is likely to be at a higher risk of diabetes.

Triaditis is a term used to describe having liver inflammation and inflammatory bowel disease together with FP. So far there’s not much evidence that one causes or is related to the other, as all are common in old cats. Personally, I think most of these will just be coincidences but only more studies can tell us.

How To Help Your Cat

So I said your cat might need your help. Here’s how.

If your cat just seems vaguely ‘off’ or not like he or she used to be, it might be nothing. However, since that’s all we get for pancreatitis, at least once in their life it’s worth a test during one of these periods.

If it’s pancreatitis, you should be able to find out. If it’s not, a blood test is still a useful thing, even if it’s normal. I haven’t met someone yet who got a normal blood test back and told me it was bad news!

* This study was done via post-mortem examination of cats who died from any cause, and looked at the pancreas extremely thoroughly. Possibly some the damage seen wasn’t significant.