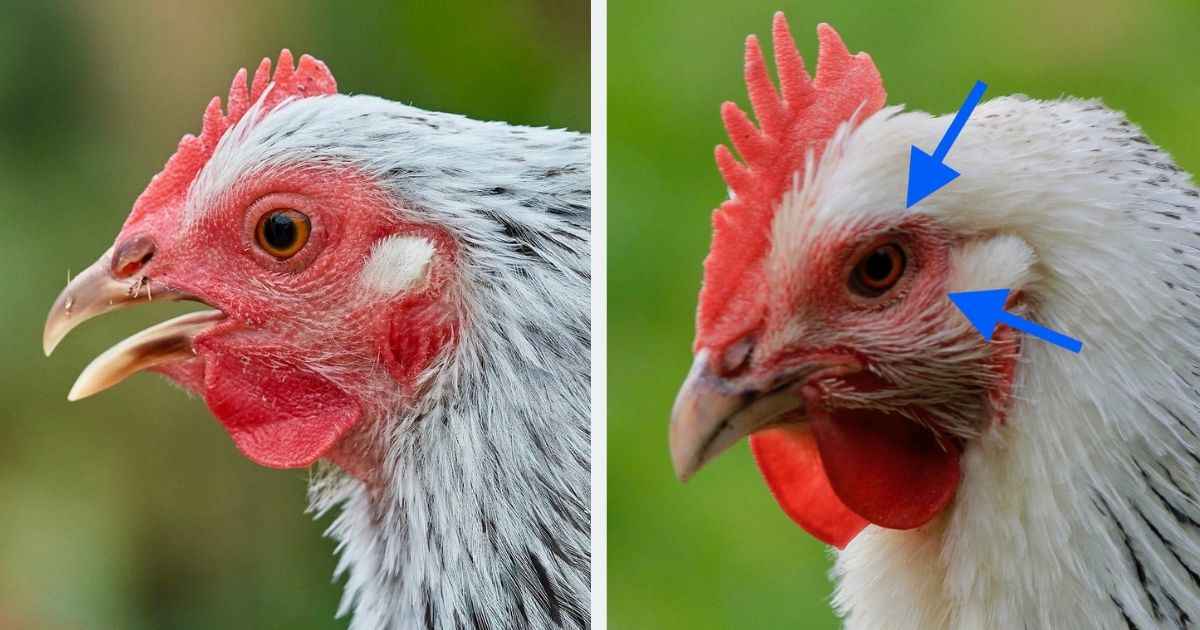 What if I told you that your backyard chickens are carrying a respiratory illness? Even if they look perfectly fine. You’d have every right to be offended.

Well the truth is that most flocks carry more than one disease, and yet many never seem to have a problem. You’re about to find out why. You’re also going to learn what to do when one breaks out.

Respiratory infections are the second most common reason backyard chooks come to the vet. They can be very frustrating to control, and even harder to make sense of via Google. Let’s start with what they look like.

You may see some or all of:

These all look similar to the symptoms of colds and flu in people, with one exception: sinusitis. To see it, go back to the picture above. On the left is a normal chicken and on the right is one with swollen sinuses (arrowed).

There are many possible causes of cold or flu-like illnesses. Some are rare, others mainly affect the young. An Australian backyard chicken owner only has three common diseases to consider*.

The worst infections happen when several diseases occur together. Both IB and ILT are more severe in birds who carry mycoplasma. Additionally, all three infections are made much worse by secondary infections with bacteria such as E. coli.

It’s the birds with these mixed infections that end up at the vet most often. But that’s not all. Infection alone doesn’t explain everything.

The way you look after your chickens has a major influence on whether a disease is a problem or not. These are the five important habits of successful chicken keepers:

The correct treatment relies on an accurate diagnosis. Realistically, this is almost never achieved in backyard poultry medicine. Therefore, it’s important that your vet chooses an antibiotic with the following features:

I can’t stress the last point enough. Certain antibiotics should never be used for routine treatment when there are better and safer choices.

Vets who treat chickens regularly are familiar with which drugs work and which can be used in egg-producing chickens. We will also be able to guide you on the correct time, called a withholding period, before eggs can be eaten again.

Related: The Number One Illness Of Chickens | Fox Danger In The City

* It’s important to mention that this regional list misses four diseases exotic to Australia: two (metapneumovirus & ornithobacterium) are probably mild but I am unfamiliar with them, another two (Avian Influenza & Newcastle Disease) are extremely important to detect quickly if they arrive. Yet another reason to take that sick chook to a vet!