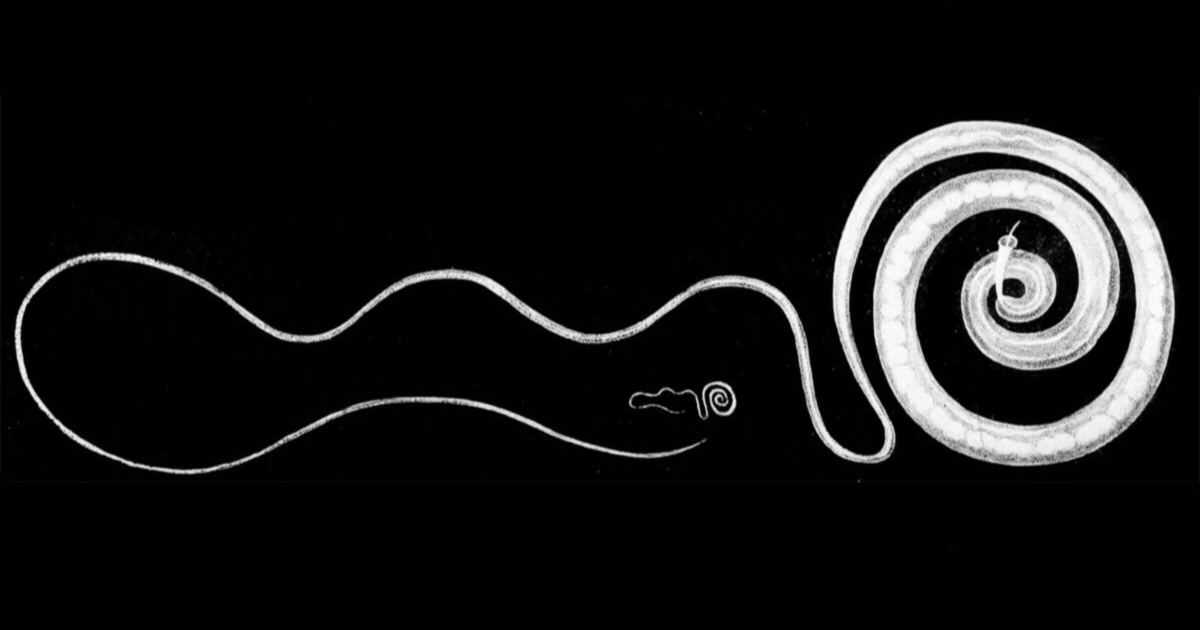 What you get told: “This product also treats worms”

What you should ask: “WHICH worms??” You might be surprised by the answer.

The truth is, it’s complicated: there are many worms of dogs and cats.

Some common treatments only cover some worms. You need to know:

A good example is a very popular topical flea and heartworm control, which claims intestinal worm coverage. It’s just not that great for intestinal worms. Certainly not good enough to rely on in Adelaide without adding tablets.

In fact, the only adult dogs I’ve seen in the past ten years who’ve actually been sick due to worms have been on this product. It’s not that the product did anything wrong- it just wasn’t treating all the worms (and the owners thought it was).

How To Tell If A Pet Has Worms

Actually, there’s no easy way; symptoms are vague and non-specific. For example, rubbing or scooting the bottom is usually NOT worms.

Puppies and kittens with worms are usually thin with a swollen belly. They often feed poorly and have loose droppings. Most older animals don’t show signs of illness, but a few will still get conditions like chronic diarrhoea, poor coat condition, anaemia or weight loss.

We vets can’t tell either. When we suspect a worm infestation, we send faeces to the lab to look for worm eggs.

How Often To Worm Pets

If a pet has worms, you may find them in the faeces after giving an effective wormer. Just like happened to the puppy in the picture.

What Worms Do Dogs & Cats Get?

I have personally seen dogs in Adelaide get infestations with roundworm, hookworm, tapeworm & whipworm.

In Adelaide cats I have only seen roundworm & tapeworm.

Sadly there isn’t an all-in-one solution, but there is a way to avoid tablets. This page shows you how to treat cat fleas and intestinal worms.

* = prevalence in dogs and cats in a recent UK study.

Infection is usually by direct ingestion of eggs.

Puppies can also be infected in utero, and via their mothers’ milk.

You can see by the nasty mouthparts that hookworms are blood feeders. They are spread in the same way as roundworms, plus one extra trick. They can also enter the body directly through intact skin (this includes humans), often causing severe footpad dermatitis.

Tapeworms don’t make pets sick very often, but they are huge and disgusting. Segments look like rice grains and are often found around the anus or in the bedding.

Dipylidium caninum: The flea tapeworm. Super-common. It’s carried by fleas to such an extent that is a dog or cat has fleas, it’s safe to assume they also have this tapeworm.

Taenia taeniaeformis: A tapeworm caught mainly from prey such as rats and mice, only common in cats or dogs that hunt.

Echinococcus granulosus: The hydatid tapeworm. This is the stuff of nightmares: a tiny tapeworm that dogs get from eating unprocessed offal which causes huge cysts in the intermediate host. Hydatid cysts are sometimes found accidentally in people during routine scans.

Hydatid tapeworm has been uccessfully eradicated from Tasmania; that’s why all dogs going to Tassie need proof of worming. Still a threat elsewhere, especially from untreated hunting or farm dogs.

Trichuris vulpis: a 3-5mm worm that only infects dogs (you can see a life-size one in the middle of the picture). It buries its thin end in the colon wall and feeds on blood.

You might think we’re crazy, but most vets see worms and think “awesome!”. The truth is, you really don’t need to know which worms are which unless you’re a nerd like us. All you need to do is follow good advice and no one (except the worms) gets hurt.

3 Replies to “Intestinal Worms In Dogs And Cats”