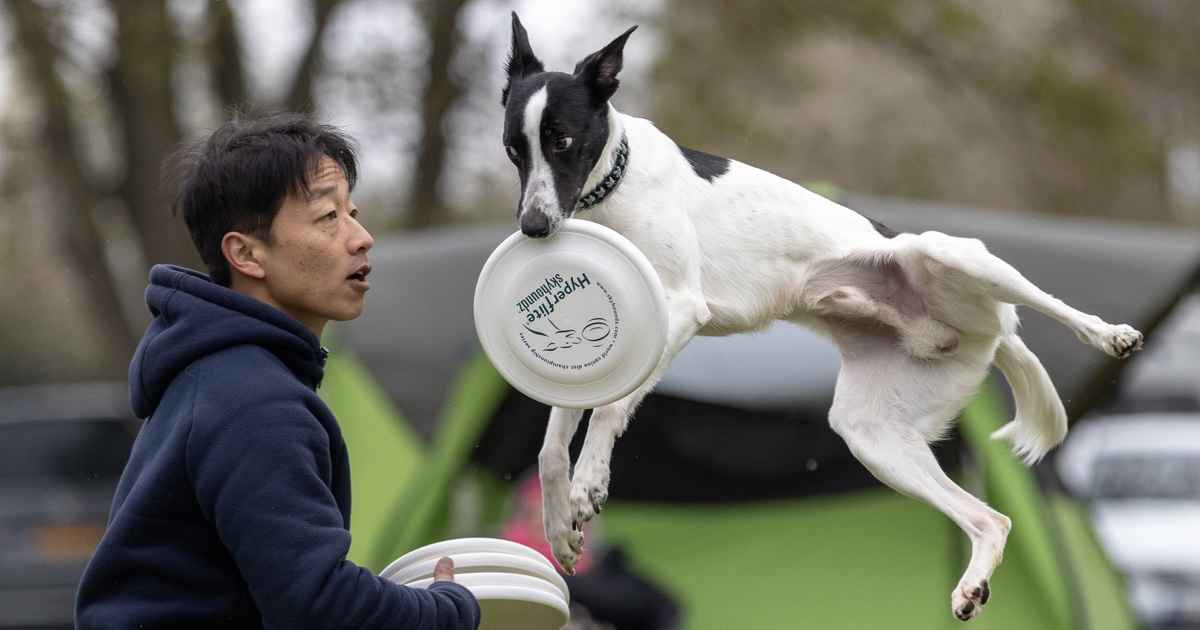 It must seem strange for a vet to compare humans and dogs and find humans better. Well let me tell you, this is an exception to a general rule. Just read Why Dogs Are Better Than Humans and you will agree.

However, our inferiority tends to mask the fact that there are a few special areas in which we do better. And because we don’t recognise them, we tend to make bad assumptions and harm our dogs. So here they are…

There’s good evidence that humans evolved as a hot weather specialist. Our unique power seems to be the ability to run for long periods in warm or hot conditions. Some traditional societies still hunt this way today.

The theory goes that we aren’t faster or stronger, we’re more persistent. As long as we have access to enough water, we can keep up a steady pace and control our body temperature by sweating. Our prey species aren’t so lucky, and eventually they slow down from heat exhaustion.

Sweating is rare in the animal kingdom for two important reasons:

It’s probably no coincidence we’re nearly naked, or that we think ponds and lakes are nice to be around. It may even explain why a bottle is a lot nicer to own than a plate or bowl.

Of course, the problem appears when we exercise with dogs. Most heat stroke in dogs happens because we just don’t feel the same way as they do in warm weather. We’re frequently comfortable when they’re not, and it only gets worse the more we move.

I call it a ‘beginner’s mistake’. That’s the idea that a dog’s appetite has any practical meaning and should be listened to.

The human appetite, while not perfect, is probably what trips us up here. If we avoid processed foods, and follow our appetite, we tend to eat around the right amount of food.

Not so with dogs. Our appetite seems adapted to a food supply that needs regulation, such as a winter store. A dog’s appetite is adapted for feast and famine.

If wolves don’t gorge themselves on food when it’s around, and store it as fat, they might die when it runs out. That’s why a dog seems to be capable of eating a week’s food in one sitting. It’s also why they will act hungry long after they’ve had enough.

People who attempt to feed a dog by following their appetite do it because they worry that their dog feels hungry. It’s a natural, caring feeling, but it’s wrong. Even if it’s true that they feel hungry, feeding a dog this way results in a short and unhealthy life.

Have you heard the saying, ‘don’t change a dog’s food suddenly’ and wondered if it’s a myth? It’s not.

Humans are one of the most indiscriminate feeders on the planet. It’s another of our special adaptations: we eat nearly everything and thrive on variety. Dogs want to as well, but they often can’t.

Rapid food change in dogs is a common cause of gastrointestinal upsets like vomiting and diarrhoea. The sort of change I’m talking about isn’t just swapping supermarket brand A for brand B. It’s when the nutrient mix is altered substantially.

The best example is when the dog that normally eats dog food is given human leftovers. I also see it after feeding a meal unusually high in meat, even when it’s bought especially for them.

The gut enzymes that process food are highly specific, and need several days to be regenerated. A dog’s gut only keeps what it needs, based on what’s been coming through. Therefore, a sudden influx of unusual nutrient will result in a large amount of undigested material suddenly available for gut bacteria, and… boom!

These three mistakes probably go under our radar because we’re always told how weak humans are. And in fact, humans adopted dogs to take advantage of all their special skills: speed, strength, stamina and even ferocity, plus all the different ways they find prey that we can’t.

So it’s still something like Humans 3 : Dogs 1000. But they’re an important three.

2 Replies to “3 Ways Humans Are Better Than Dogs”