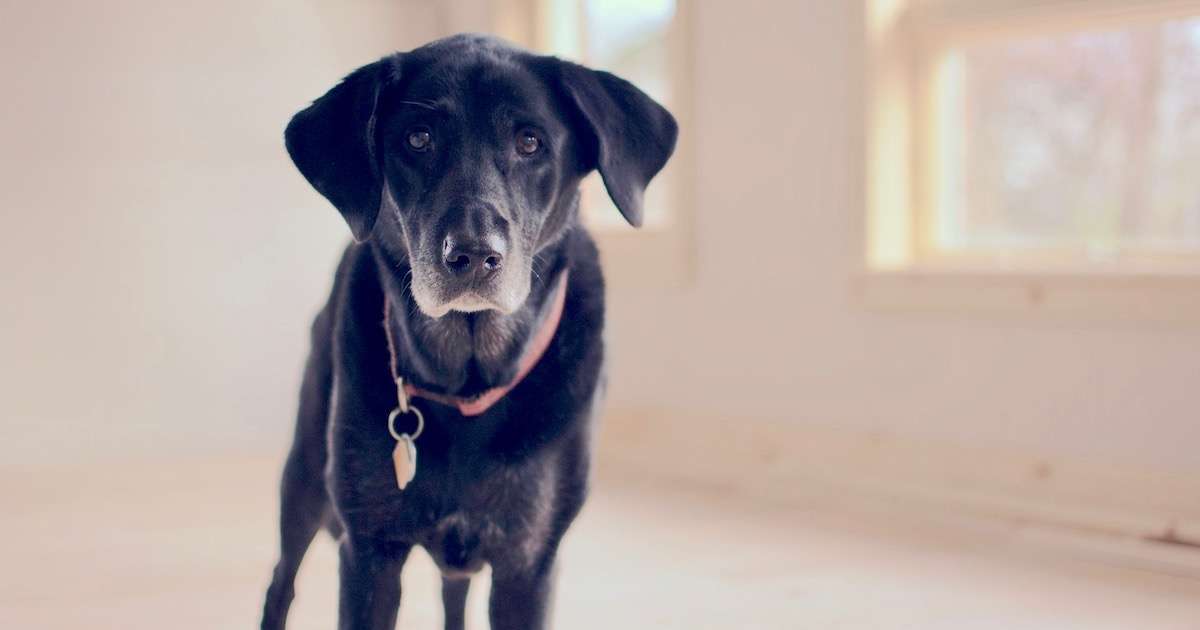 The loss of mental function with age is one of the hardest parts of dog ownership. To some extent it’s unavoidable, but there’s also a lot you can do.

The most important thing is knowing when it isn’t likely. I see far too many dogs written off with ‘dementia’ who really have something else entirely. Usually something that can be treated.

Let’s start by naming it properly: it isn’t sundowners, or Alzheimer’s or even dementia. We call it Cognitive Dysfunction Syndrome or CDS.

Signs of CDS do not normally appear until over 13 years of age. They include:

Any other symptoms such as seizures or aggression are more likely to be due to something other than CDS.

What Else Could It Be?

Many other diseases can mimic the signs of CDS. Therefore it’s often a diagnosis made by exclusion.

CDS should never be diagnosed without the assistance of a vet. I am always especially suspicious of another cause in any dog under 14.

So once you have a diagnosis, what can be done?

The most important aspects of treatment are:

Before discussing medications we should not overlook behavioural therapy. Examples include:

Then, before medication we need to rule out all the other diseases that could be mimicking CDS. This means we’re likely to recommend:

All of these treatments have at least some evidence of efficacy and should be reasonably safe. Those marked with an asterisk (*) are not available in Australia but may be available online. The first four are used for cognitive impairment.

Read a detailed update of the nutritional treatments of CDS here. The next three are treatments for anxiety and sleep disturbances with very low levels of evidence.

While there’s no good rationale, I also give my old dog a dose of fish oil every day. It’s cheap, easy and harmless, and has been shown to help many other diseases of old age.

Of the drugs, Selegiline (Anipryl) and Propentofylline (Vivitonin) claim to improve the signs of CDS. My personal experience with these has however been disappointing, despite reasonable evidence for selegiline.

The remaining drugs are for treating anxiety or sleep disturbances. All of these can achieve success at times.

Unlike similar diseases in humans, CDS almost never causes loss of vital functions such as the ability to eat. Therefore, a dog with cognitive dysfunction or dementia has a similar lifespan to unaffected dogs and can live indefinitely.

Consequently, it’s important to keep an eye on your dog’s quality of life. Unless another problem appears, it’s very unlikely your dog will just pass away in their sleep. Instead they can go for years, and be at risk of suffering.

As upsetting as it can be, at some time in the future you may want to talk to your vet about end of life decisions. I promise that if you do, your vet will not only give the best advice they can, but also have helped many dog owners before. We all want the same thing: the best life we can give them, for as long as we can without causing harm.