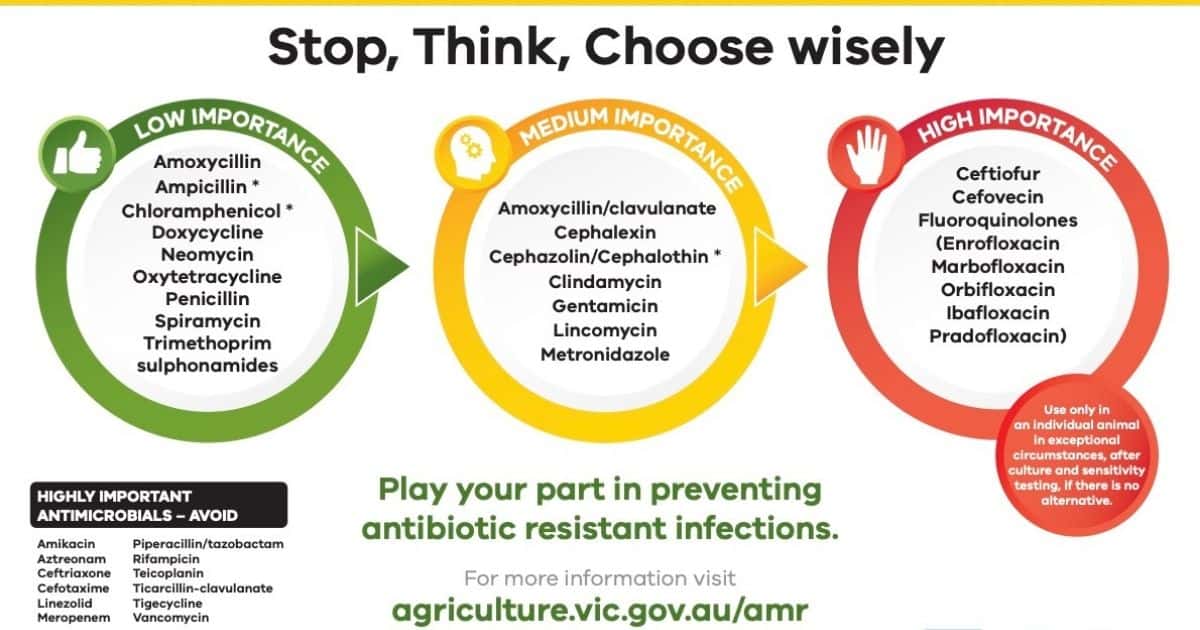 Convenia® is the most widely used antibiotic in Australian cats. Yet despite it having major problems no owner has ever questioned my decision to use it. Hopefully after this you will.

After all, part of the reason vets use it so much is because we think you want us to.

Convenia is a long-acting broad spectrum antibiotic called cefovecin. Once injected, it attaches to blood proteins and works for up to 14 days.

When Convenia first came on the market it was a godsend, or so we thought. Here was the answer to all those cats and dogs who just couldn’t be given pills. And to our fears that owners would miss antibiotic doses.

And in truth it is a remarkable antibiotic. It’s generally safe, highly effective and not too expensive in smaller animals like cats. For these reasons it’s changed the very nature of veterinary practice around the world.

So where’s the problem? It’s right there in the name.

Convenia Is Too Convenient

There are two good reasons why cefovecin is usually not the best antibiotic, but no others are so easy to administer. This leads are some of the following thoughts a vet might have:

And some of these could even be true. So, faulty as it is, it’s the popular choice. Even for things we just shouldn’t be using antibiotics for at all, like:

There’s also the added pressure that once we make up a vial, it needs to be used within 1 month or we throw away several hundred dollars.

So what were those two reasons it’s not so good?

When Convenia came on the market, vets were understandably excited. It opened up a whole new way of treating difficult cases. But fairly soon we started to hear stories of adverse reactions.

Cefovecin contains the same base structure as penicillin, and so allergies can occur. When they happen with other antibiotics, we just stop them. With Convenia, blood levels are known to persist for 65 days.

That’s an out of control roller coaster you can’t get off.

These serious reactions are rare enough that when my cat was sick, I still chose Convenia to get her better. The daily fight to get her to take the pills was ruining our relationship. But perhaps if I’d known then what I know now I would have tried harder.

Nobody has ever come to me with what I am about to say. I have learnt this only by finding the information myself. It’s the silence of a guilty status quo that needs to change.

It turns out that cefovecin is a “highest priority critically important antimicrobial”. It’s supposed to be a third line antibiotic, only used after the first and second choices fail, or after culture and sensitivity testing. This is when you swab and grow a bacteria to work out which antibiotics it’s sensitive to.

A recent Australian study found that vets were only performing cultures 0.3% of the time. Even when they did they always started the Convenia before the results anyway.

I am included in this behaviour. It can be hard to convince an owner to spend the extra 100+ dollars on testing and the results take several days to get. Usually you just want to get on and treat.

Antimicrobial resistance affects us all. We tend to blame doctors for overprescribing, or the agricultural industries, but people in glasshouses shouldn’t throw stones. The rate of antibiotic resistance in dogs and cats is comparable to that in humans and certainly higher than farm animals.

The use of third-generation cephalosporins like cefovecin is known to lead to the development of multidrug resistant organisms in people. Convenia is probably a worse offender due to the long ‘tail’ between 14 and 65 days when antibiotics are present in the body at sub-lethal doses to bacteria. This is a boot camp for resistance.

The problem isn’t just for ‘society’. If I give your cat Convenia when I could have used a first or second line antibiotic, their resident flora will probably develop resistance too. That means important antibiotics could fail later when we really need them, even possibly for you if you pick up those bacteria.

So What Should We All Do?

The path out of this mess is actually quite simple. Here are some suggestions for cat owners:

For vets, who are in the driving seat it’s even easier:

By saying all this I don’t want to set myself up as a saint or criticise other vets. Until recently I was using Convenia way too much, often for the wrong things. The authorities can’t criticise either until they’ve made a decent effort to get the information in front of busy vets.

After all, they’re the ones who registered it, allowed it onto the market and then stepped away.

The National Centre for Antimicrobial Stewardship

* One problem we don’t talk about enough is the pressure vets feel to practise defensive medicine. I recently treated a limping dog whose owners told me at the outset they wouldn’t have xrays done. So I treated the dog the best I could and when the dog turned out to have bone cancer (as I suspected), they made a complaint anyway. This sort of attitude gives us very little room for manoeuvre to not use antibiotics. If we are wrong even 1% of the time, we could still be held responsible.