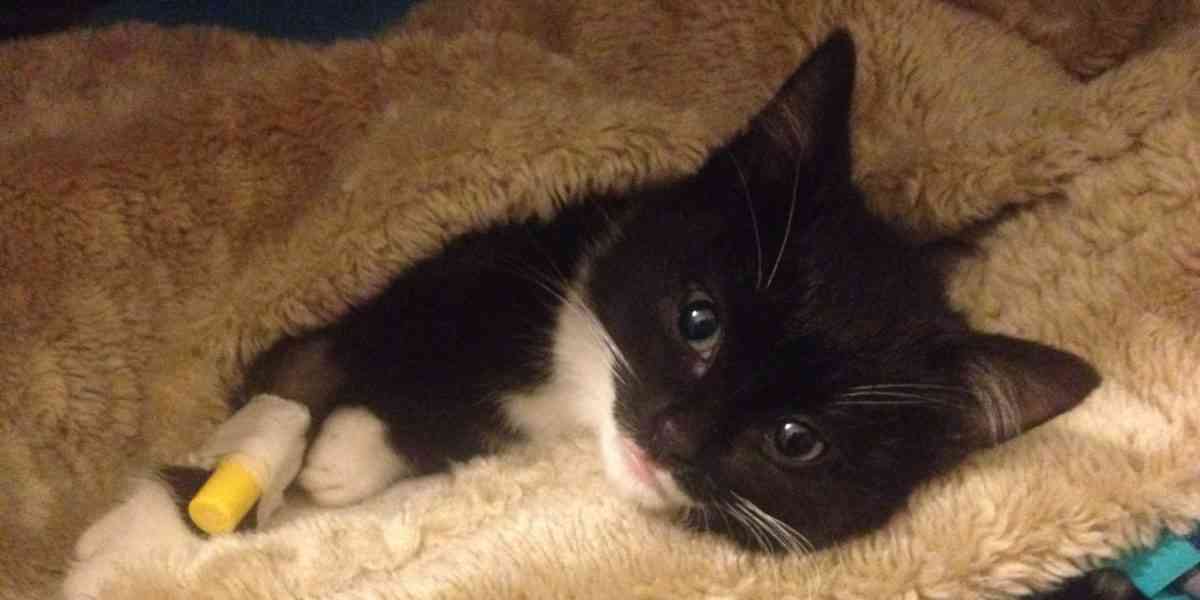 What To Do If A Cat Is Hit By A Car

First, how to tell if a cat has been hit by a car…

The Signs Of Road Trauma In Cats

Cats get a variety of symptoms depending on which area has been damaged. They include:

These three stories might help explain better how cats can get injured by cars.

Lily came to us after arriving home one evening unable to walk on her hind leg. Somehow she’d managed to get over a high fence to get home.

Like most cases, the car injury was not seen, and she didn’t seem too bad at first.

We examined her and apart from a very painful hip region she was in reasonably good shape. We placed a drip and took two full-body X-rays.

The half-serious name we give this view is a ‘Cat-o-gram’. It quickly shows in two views a survey of all the important structures likely to be damaged in road trauma. These are: spine, pelvis, hips, thigh bone (femur), lungs, abdominal wall, bladder and diaphragm (see below).

We took extra views of her hip confirming a dislocation. These can usually be easily put back in so we anaesthetised her to do just that.

However, in this case the hip just wouldn’t stay in and kept coming straight out again. She needed surgery.

The next day we operated and found the soft tissues around the hip had been so badly damaged there was no way of reconstructing the joint. The only option was what we call an “excisional arthroplasty” or “femoral head and neck excision”. We removed the top of the femur, and made an artificial soft tissue joint.

It won’t be perfect, but she’ll have normal mobility and will be pain free. Once she heals you’ll have a hard time telling she isn’t like other cats. Here she is after surgery.

Charlie is a sadder story. He came in one morning after being missing for a while. He didn’t seem too bad but his owner thought he wasn’t himself and brought him in for a check.

When we examined him two things struck us straight away. His tail was paralysed, he was leaking urine and his bladder was too large. Fearing the worst, we anaesthetised him to take this X-ray.

There is a fracture (arrowed) diagonally through the sacrum (the part of the spine attached to the pelvis). The amount of separation, and his symptoms told us that the spinal cord nerves had all been severed at this point.

The saddest thing was knowing that although he looked OK, and despite a paralysed tail being no big deal on its own, he would never be able to urinate by himself again.

I’ve tried in the past to keep these cats going, but the nursing care is nearly impossible to do well. I always regretted not making the right decision early enough. I advised immediate euthanasia to spare him any further suffering, and thankfully his owner agreed.

His owner, who loves his cats, has since rescued a cat from a local shelter. I hear he’s an inside cat now.

Tux is a kitten who was found by one of our clients on a local road. We started looking after her and she seemed fine at first. She had a good appetite, put on weight and generally enjoyed her lucky break.

After a few days we noticed her breathing was becoming laboured so we took the X-rays you can see here. When you compare them to Lily’s earlier images you can see that there is no clear division  between the chest (black) and the abdomen (mostly white). In other words, you can’t see the diaphragm and it all looks a mess.

This plus the fact that she was found on a road led us to the diagnosis of a diaphragmatic hernia. This happens when a cat is run right over, and the abdominal pressure ruptures the diaphragm, forcing abdominal organs into the chest space. Cats can usually breathe well enough at first, but fluid and adhesions form making it harder and harder.

This is the main reason why all cats suspected of being in a car accident must have X-rays. They also get ruptured bladders and abdominal hernias at the same time.

Despite Tux’s tiny size and the high risk, Dr Claire successfully operated. Tux’s liver and intestines were put into their rightful place in the abdomen and the tear in the diaphragm was sutured.

This only repeats what we always say: cats who get hit by cars keep getting hit, unless the owners get them away from cars.

Do Cats Have Nine Lives?

Of course they just have one. We say they have nine lives because:

The most common cause of death in cats is still the motor vehicle. But there is some good news. It’s definitely getting better as more and more cats are kept inside. And not all cats die; amazingly, if cats find the strength to get home, vets can usually save them.

These feline patients were al hit by cars. Their stories are typical of the sorts of injuries and recoveries we regularly see.

To completely prevent car injuries requires cats either staying inside or only going outside in enclosed cat runs. Many people let their cats out during the day, and in quiet streets with unadventurous cats this is usually OK. It does seem that most (but not all)  accidents occur at night.

However, being outside without supervision also puts cats at risk of FIV infection (cat AIDS). Please ask us about vaccinating against this extremely common disease.

Note: Thanks for all the comments. These are now closed but you should find all the common questions answered if you scroll through them.