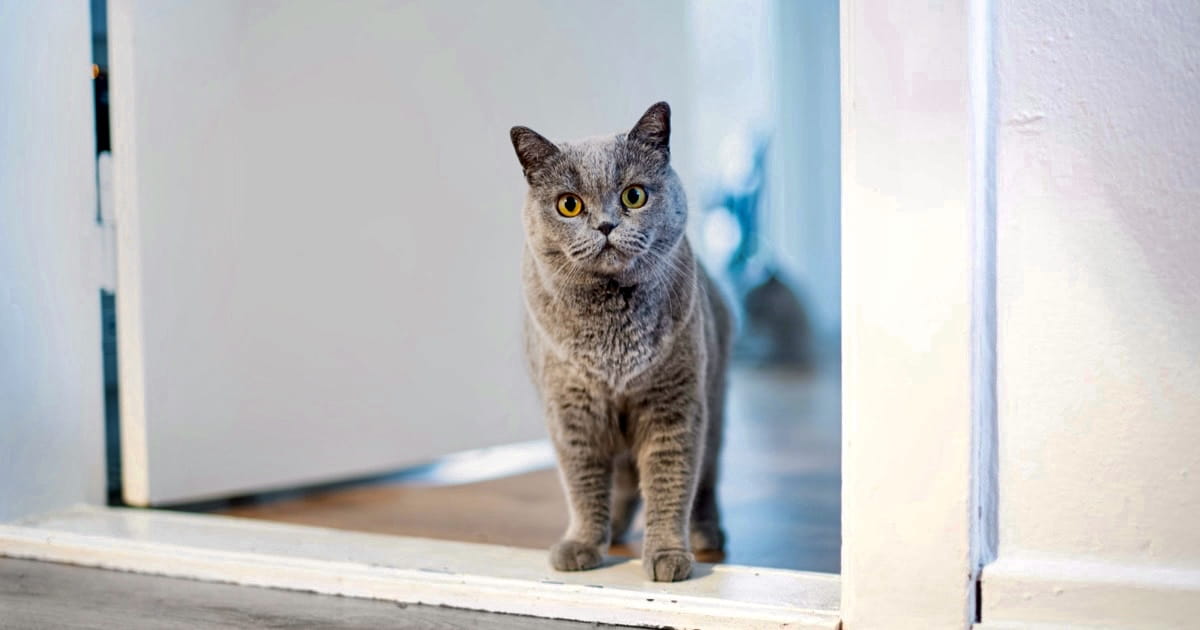 When a cat injures their tail, it’s usually more serious than it looks. If you don’t make the right decisions there can be long term consequences more than just pain.

Here are the three common ways cats hurt their tails, and what to do about them. Please don’t read on if you’re squeamish.

Help! My Cat’s Tail Is Hanging Down!

The major sign of any tail injury is a tail that hangs straight down. Sometimes it’s even dragging on the ground. This does not always mean that the tail is paralysed.

Tail injuries appear to be more painful than almost anywhere else on the body. The pain alone is enough for cats to hang their tails limply and not use them. And for us to get them to the vet!

Let’s now go through each of the causes.

The best you can hope for with a hanging tail is that it results from a cat fight. These cats’ tails are often swollen at the base with an area of intense pain. The infection usually also causes fever and lethargy.

Most people bring their cat in thinking the tail is broken. However, your vet should be able to tell the difference straight away and prescribe antibiotics and pain relief. The diagnosis is then confirmed by a rapid return to normal.

If the abscess is not treated, it can cause a permanent loss of skin on the tail just like we see with facial abscesses. If this happens the resulting wounds are very difficult to reconstruct.

The Cat Tail Slammed In The Door

When cats make a run for the door it’s a high stakes game. They’re banking on the fact that you won’t be able to close it in time. But it seems like they’ve forgotten how long their tails are.

Cats can also get their tails stuck in a door when the wind catches it and slams it shut. Either way, the injury is often more serious than it looks. That’s because your cat’s forward momentum has now been suddenly stopped at the tail.

Apart from fractures or dislocations, there are two even more serious injuries. The first is called degloving. Like the name suggests, this is when the skin is pulled away from the tail, often leaving the bone sticking out at the tip. If this happens, the end will need to be bandaged and eventually amputated by your vet.

The second is called a tail pull injury. When the cat’s body comes to a sudden stop, it yanks on the nerves inside. As they slide inside the spinal column the nerve roots can be sheared off.

The Car Or Road Trauma

Tail pull injuries are especially common when cats are hit by cars. This is probably due to the higher speeds involved. The injury occurs in exactly the same way, when the tyre misses the body but runs over the tail and stops it.

Signs of a tail pull injury are a tail that hangs limply and drags on the ground without any voluntary motion even at the tip. Faeces often get stuck to the fur. The nerve damage can be temporary, but most of the time it is permanent.

However, this isn’t the worst thing. When we see a paralysed tail, we don’t rush to amputate it. Thats because we’re more worried about damage to the higher nerves controlling the bladder and anus.

Many tail pull injuries end up with a cat who can’t control their urine or faeces. If this is permanent, there’s not much that can be done to help them. All we can hope for is that the damage is temporary.

If a cat’s tail is paralysed, it must be removed. Otherwise it gets in the way, is prone to injury, and is a constant hygiene problem. However, as I said above, there’s no hurry.

We might wait up to two weeks before we proceed to amputation. That’s both because the function can occasionally return, but mostly because we don’t want to put a cat through unnecessary surgery if they are not going to survive.

Before amputation, your vet will want to regularly feel the bladder and rectum to make sure they are being emptied properly.

If the tail must be removed, it’s a terrible shame, but not the worst thing that could happen. Any loss of function is hard to notice. Bobtail cats still manage to run, jump and climb just like before.

I hope this article helps you if your cat’s tail is injured. I especially hope it makes you think twice before trying to slam the door as your cat dashes for freedom. Sometimes it’s safer to chase them around the neighbourhood instead!

Now read: Which Tracking Device Is Best For My Cat?