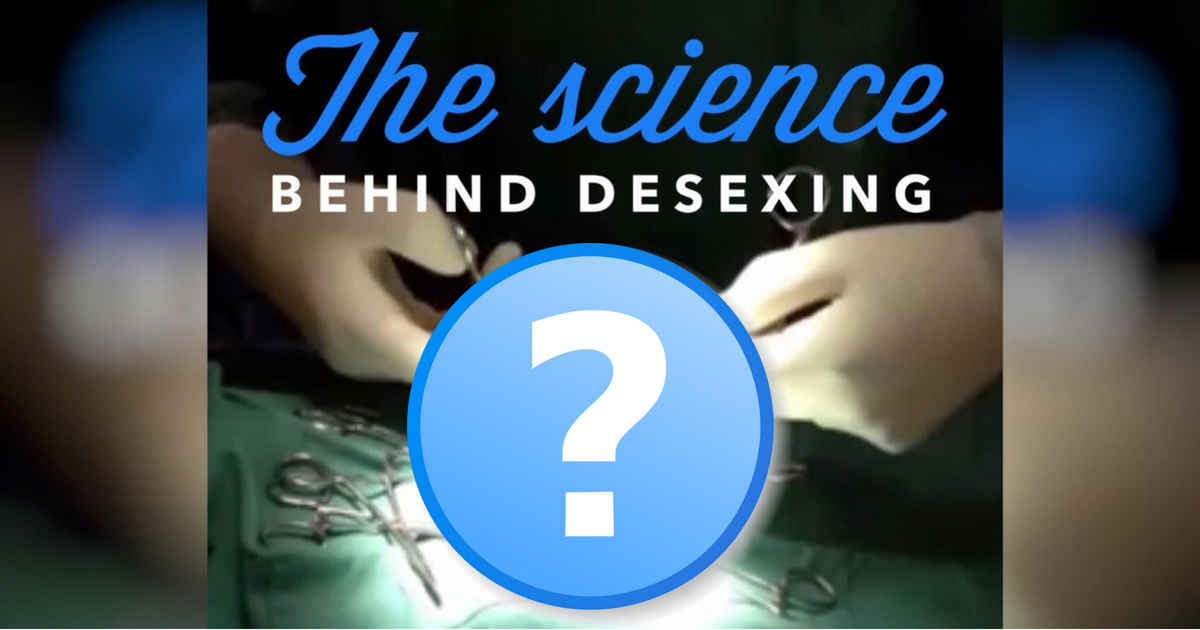 Can this be true? You’ve probably been told that desexing reduces behaviour problems, not causes them!

Does Desexing Lead To Aggression?

The reality is, there’s been a debate about this for some time and no-one can agree. But we need to get it right.

Personally, I think the study in question is flawed. It uses a voluntary online survey that was distributed to breeder groups. That’s unlikely to give a reliable snapshot of the dog population. It also doesn’t have a ‘control’ population of entire dogs.

But to be fair, no study is perfect. The answer is to not look at just one, but consider them all. To try to answer the question, that’s what I’ve done here.

Below is a summary of every study I can find that compares aggression towards people between entire and desexed dogs. If it looks a mess now, it’ll hopefully make sense once I explain it afterwards (yes, I read every paper).

Confused? You’re not alone. Here are my thoughts and impressions:

Studies on single breeds are of limited use. Golden Retrievers are such placid dogs that their aggression is likely to be of a different nature. Aggression in Springers is suspected to be genetic in origin, especially in the show lines.  I place little relevance on these papers, so bear with me while I remove them…

As aggression gets more serious, results are clearer. Of the remaining studies, let’s look only at the dogs being treated for aggression or reported for dog bite to people. Now it looks like this:

Whether you agree or not I hope you can see the reasoning. Random surveys of dogs are going to give different results to studies looking at acts of aggression. But I haven’t quite finished with the confusion.

A reason that entire males might be unfairly blamed is that poorer quality dog owners may also be less likely to desex their dogs. That means that some of the aggression might just be because the owner is an idiot and has raised the dog badly.

A reason that desexed males might be unfairly blamed is that when behaviour problems in males develop, most vets will recommend desexing. That will push more aggressive dogs into the ‘neutered’ groups as desexing after the event is unlikely to work. This is suspected to have happened in the Golden Retriever study.

Additionally, it is feasible that aggression at the vet could have started with a stressful or painful desexing experience, especially in past times when pain control was poor.

In conclusion, the ‘truth’ will probably be that desexing is good for some types of aggression but worse for others. I suspect it slightly increases the incidence of fear aggression (which often goes unreported) and reduces the more dangerous forms of human-directed aggression.

A clue to this is the dog bite statistics again. When we go one step further and look at fatal dog bites, the majority are children and they mostly involve undesexed males (Sacks).

One of my current concerns regards the delaying of desexing until over 12 months in large breeds. Let me be clear: I support it. However I have seen two lovely Rottweilers become dangerous during the waiting period, and they are likely to stay that way.

There’s no point worrying about a 5% risk of joint problems when you end up with a far worse problem. I advised the delay but I also believe these two dogs should have been desexed as soon as their behaviour started changing. Their futures are now bleak.

I don’t expect to sway anyone’s opinion, and I don’t even want to. All I want is to get the idea across that this debate is a lot more complicated than it looks. It’s full of people with vested interests on both sides only quoting the studies that agree with them.

You are welcome to argue!

*Significant meant the measured difference between the groups had a p-value of <0.05. It’s how we (somewhat arbitrarily) decide if a result is real or not. To learn more, read our guide to making sense of scientific research.

I can supply copies of the references (below) on request. If you know of any other studies that compare aggression in neutered and entire male dogs, please let me know!

17 Replies to “Male Dog Behaviour After Neutering: The Science”