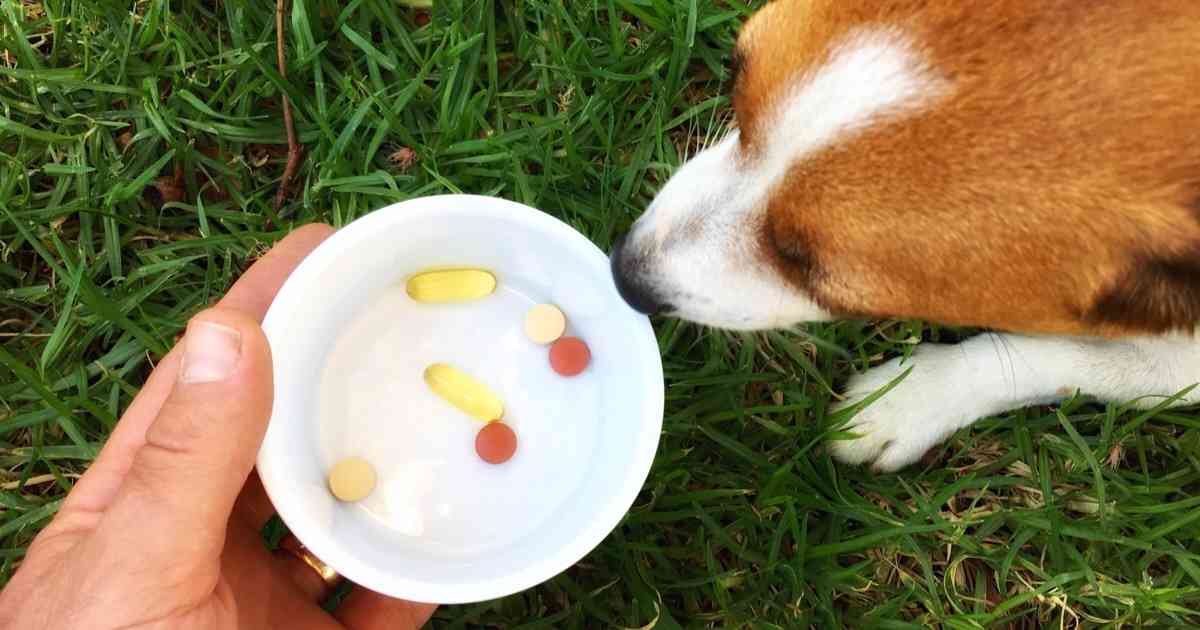 When faced with arthritis in their dogs, owners often turn to products like glucosamine, turmeric or hemp oil. What always surprises me is how few dog owners try fish oil before I suggest it. I suspect the reason is that it’s hard to use well, and easy to get wrong.

Here I’m going to lead you through the evidence and end with advice on how to use fish oil most effectively.

First, what exactly is fish oil, and how might it work?

Almost all the fatty acids available to land animals like dogs (and us) are omega-6. The body uses these to make arachidonic acid and from this to make various inflammatory molecules.

When the body uses an omega-3 instead of omega-6, the end result can be anti-inflammatory instead. It’s not that omega-3 is the more natural; in fact, the body in arthritis is promoting inflammation, not suppressing it. What we are doing by supplying omega-3 at high doses is ‘tricking’ the body into using it instead.

In dogs, the effective omega-3 fatty acids are eicosapentaenoic and docosahexaenoic acid (EPA & DHA). Linseed and flaxseed oils contain ALA, which is almost unavailable to dogs. EPA and DHA mostly come from certain fish, but certainly not all of them. Feeding fish without dietary analysis is very unlikely to give the same benefit.

Now to the evidence. I’ve read all the studies using fish oil in arthritic dogs that included a control group. The control group is fed a dummy diet or supplement so that the owner placebo effect can also be measured and removed.

In fact in nearly all of these studies the placebo group improved as well. It’s the difference we’re interested in. I have one concern though: fish oil is very hard to hide due to its smell!

Fish Oil As A Supplement

The first study comes from Finland3. They gave dogs with arthritis 110 mg of DHA/EPA per kilogram body weight. This gave a final dietary ratio of omega 6 : omega 3 as 11 : 1 and would equate to roughly 7 regular strength 1g capsules for a 20kg dog.

The results of this study suggest that, if done this way, the benefit of feeding an omega 3 fish oil supplement to dogs with osteoarthritis is small.

The second paper4 evaluates a veterinary therapeutic diet marketed to alleviate the signs of arthritis. This diet contained 1.08% DHA/EPA with a ratio of omega 6 to omega 3 as 1.3 : 1.

In this study, there were no differences between the treatment and control groups either in measured performance or owner assessment. As the authors stated, “the present study cannot convincingly claim that VTD [= veterinary treatment diet] improved the limb function to a greater extent than a regular diet”

Interestingly, both groups improved substantially. This is almost certainly due to the study design: owners were asked to avoid any intense activities (jumping, running, throwing ball or Frisbee, etc.) during the study duration. Which just goes to show how important it is to stop high-impact activity in these dogs.

Finally we have the Hills product called JD or j/d. My clients will know I recommend this, and now I hope you will see why. However, I also want you to see that the effect is still not very dramatic.

There are four studies, and I’ll quickly summarise them:

In all cases, improvements were found, but not huge ones. Each study also included many factors that did not show any change.

How Fish Oil Can Be Toxic To Dogs

Here are some of the ways fish oil could be harmful to certain dogs:

What about the fact that the therapeutic diets are grain-based? As you’ll see here, vets advise against grain-free diets.

Can You Use Human Fish Oil Capsules?

A common question is whether you can use pharmacy fish oil to treat dogs. This is true for skin disease, but false for arthritis. The reason for this is that the food manufacturers, through mysterious means, reduce the levels of omega 6 before adding omega 3. It’s also just that fish oil incorporated in the diet is a lot easier to give!

As you can see from the doses above, it would be nearly impossible to achieve either a sufficient dose or an acceptable 6:3 ratio by adding fish oil to an existing diet. Such a dose would probably also be toxic.

The main drawback of j/d is its price. If you find it too costly, then here is a quick formula for the maximum fish oil dose you can give. Using a scientific calculator (also my smartphone calculator if I turn it sideways), raise your dog’s body weight to the power of 0.75 and multiply by 370. As a rough idea, for a 20kg dog the answer would be 3500mg.

Now look at the fish oil jar to see how many milligrams (mg) of combined DHA and EPA each gram contains. For fish oil containing 300mg per gram, the final fish oil dose equals 3500 divided by 300, or eleven grams. Bear in mind that this will still fall short of ideal doses but it should do something.

As I hope you’ve gathered by now, whichever way you use it fish oil can be helpful, but it’s very unlikely to do enough on its own. The treatment of canine osteoarthritis is multimodal, meaning we come at it from multiple angles. So click here to see the other recommended treatments for arthritis.

And a final disclaimer: I sell Hills j/d so I can easily be accused of bias. To this I say: if I didn’t think it worked, I wouldn’t sell it or choose it for my own dogs! And in fact, you can now see why, when I can’t get j/d, I won’t sell you anything else to replace it.

One Reply to “Is Fish Oil Good For Arthritis In Dogs?”