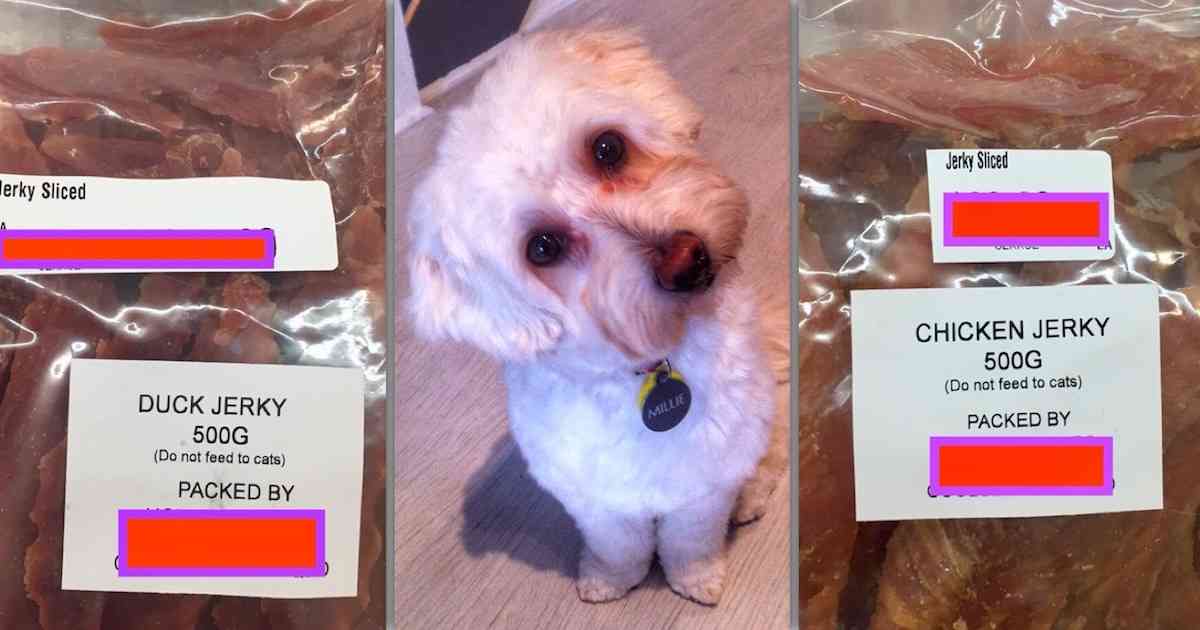 There’s a common, popular treat causing kidney failure in dogs. It’s right there in your local pet store. It drives vets crazy because there’s nothing we can do to stop it except warn you not to buy it.

I’ve written before about the failure of Australian governments to regulate the pet food industry so I won’t bore you with that again. The problem with the lack of food safety enforcement is that it harms and even kills our pets. The worst example is preserved meat treats.

Ever since 2007 we’ve known that treats called jerky or tenders can cause serious kidney problems. During the first recorded outbreak, many dogs died before vets were able to even warn their colleagues about what was happening. Despite this, the treats are still sold today and dogs keep getting sick. Later I will tell you about one of our patients, Millie.

Why Jerky and Tenders Are Dangerous

These preserved meat treats, despite the hazard, are very tasty. An unknown toxin in some cases causes a type of kidney damage called proximal renal tubulopathy. The toxicity seems to be dose-dependent, so smaller dogs fed higher quantities are at greater risk.

It seems likely that the toxin is introduced during processing. In the beginning, we thought it only happened in foods of Chinese origin. However, since then cases have also been seen in foods made elsewhere. Regardless, the jerky treat that caused Millie’s issues was of generic origin. It may be true that branded products made here are safer.

Signs of Poisoning From Jerky

The problem with kidney damage is that it’s slow, creeping and insidious. By the time you recognise it, much harm is already done.

If you suspect your dog has been poisoned, please see your vet. They will perform blood tests and ask you to collect urine to determine the severity of the problem. Some dogs will need to be hospitalised for fluid and electrolyte support. Most dogs showing early signs will recover if the treats are stopped.

Millie’s owners were clever enough to realise that wetting inside wasn’t just laziness but could be a sign of problems. Tests showed early kidney damage and the treats were stopped. Over the next month, her blood and urine tests returned to normal.

Which Treats Are Safer?

I bet if you surveyed vets across Australia, you’d find very few using preserved meats at all. If you want to use them, here are some guidelines:

We can only look forward to a time when we can do more than uselessly yell into the wind each time this happens. In the same year, we had another series of dog deaths, this time suspected to be caused by a major dog food. Ask your local politicians what they are doing for animal safety. It would be nice if “Made in Australia” meant something.

Update: 1/3/18. This blog was posted on our Facebook and within 2 hours we had a call from a major Australian supplier asking for their details to be removed. They had been notified by a large pet supplies company of the post. It’s a hot topic and it’s big business!

18 Replies to “The Problem With Jerky Treats & Tenders”