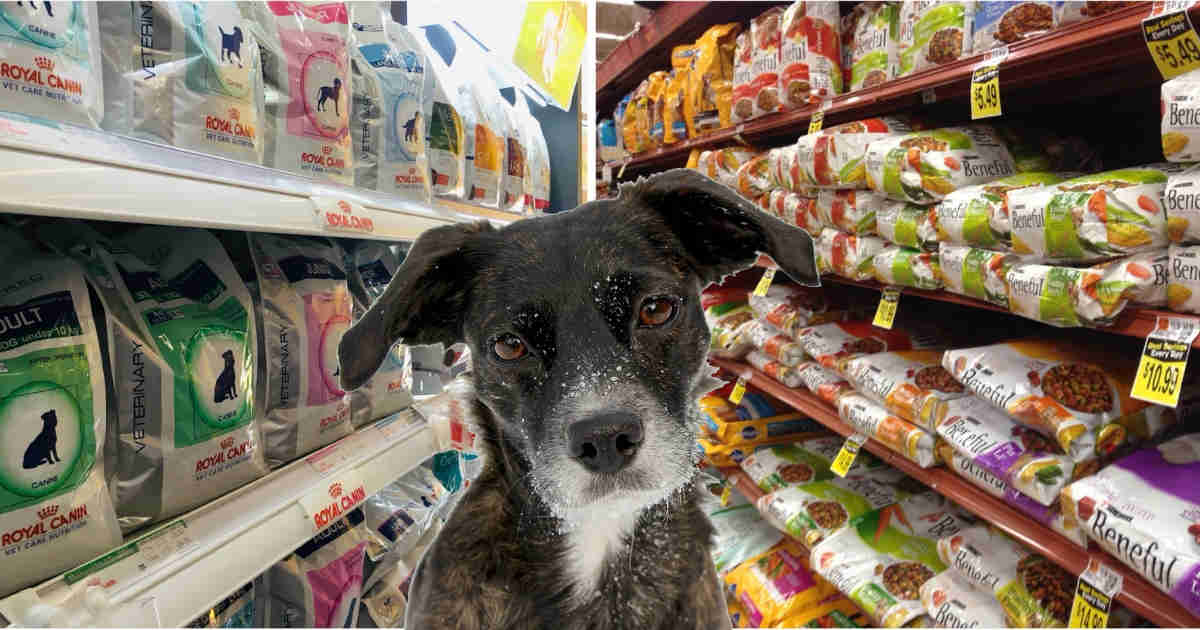 Pet food safety is in the news again, and this time it’s one of the foods that vets actually recommend. Pet owners I talk to are confused and unsure who they can trust. Suddenly “spend more and it’ll be better” doesn’t sound so convincing.

So which pet foods are really better? Is it worth spending the extra money on premium dog and cat food?

Why would anyone buy a food that is:

A crazy person, that’s who. Unless there’s more to go on.

You can probably tell by now that I’m going to come to the defence of poor old ‘big pet food’. Not for the companies, not even for vets, but instead for the health of pets as I see it.

As always, I have an unusual viewpoint, especially about taste. Even if you disagree, I hope you’ll find it interesting enough to leave a comment. So stay with me while I tackle each of these four big disadvantages of premium pet foods.

Here’s what the companies say: price is not so bad on an as-fed basis. The idea is that premium foods are more digestible and therefore the pet gets more out of the same volume of food.

This is mostly true. Although you do still spend more it isn’t as bad as it first looks. And a bonus of increased digestibility is less poo!

You can’t get premium pet foods in your weekly shop, which instantly makes them less convenient. Now you need to make extra time for a special trip.

There’s no denying it. However, there are lots of sellers these days. As well as vets there are now plenty of independent pet stores selling premium foods. The RSPCA have even opened one in Hillcrest.

Hills have been in the media in the past month for excessive Vitamin D levels found in some of their canned pet foods. In 2007, Hills foods were found to be contaminated with melamine, again resulting in a large recall. These events have no excuse, but do they mean Hills foods are especially bad?

Probably not. If we put premium foods up against supermarket brands we’re not comparing apples with apples.

Most supermarket foods are local. They have nearly no regulation, and no monitoring. This doesn’t mean they are unsafe, just unknown.

So when I hear about a premium pet food recall, I think, “terrible, but at least we know.” And being a long boat trip away means we are relatively well insulated. In both the Vitamin D and melamine cases, shipment delays mean that most of the food exported to Australia was recovered before it reached pet owners.

I deliberately buy these foods for the monitoring that they undergo in other countries. Crazy? I don’t think so.

The last point, on the other hand, is hard to argue. Yes, dogs and cats learn to love any food, but give them a choice and most will still head for the supermarket option.

To understand my concerns, I want you to try to imagine yourself in the shoes of the food company. You’re fighting for shelf space, knowing that if sales drop you lose your spot. What do you do?

There’s no-one in the supermarket giving the customer advice. That means you’ll need to use clever advertising and well-designed packaging. But talk to any pet owner about why they choose Brand A over Brand B and something else always comes up first.

“He really loves this one.”

This is the key to understanding the pet food aisle. It’s natural selection in a jungle of competing foods. And after all the marketing is over, there’s just one trick left: make it as tasty as possible.

Please don’t misunderstand me; I’m not saying supermarket foods are bad or dangerous. They are perfectly fine for the nutrition of dogs and cats. But I want you to imagine what happens when taste is priority number one.

I believe there is always a trade off between making the tastiest food and making the most nutritious food. If a company pushes taste to its limit, I can’t see how other areas don’t suffer as a consequence.

This is why I see taste as a negative, not a positive. Now let’s look at the other side of the fence.

The premium pet food sellers have to compete for the opinion of vets and pet stores, not taste. Unless they can convince experts to recommend their foods, they won’t sell them. They need someone saying, “it might be hard to change, but this food is better for your pet.”

Here’s something else no-one considers: what happens when pets get old. Most common diseases are treated by a combination of medicines and prescription foods. My heart sinks when I see an old cat with kidney failure who only eats Fancy Feast®.

Unwell animals have lower appetites and cope poorly with diet change, especially a drop in tastiness. Prescription foods and premium foods appear to taste very similar. Therefore, those owners who had put their pets on premium foods when they were young set them up for a healthier old age.

So Which Pet Foods Are Better?

There’s one final way to look at it: imagine the same decision from a human perspective. If I chose my diet based on what was cheaper, easier to get, less regulated and tastier I probably wouldn’t be making the best choices.

The same is likely to be true for pets. The best foods? I think you know what I reckon.