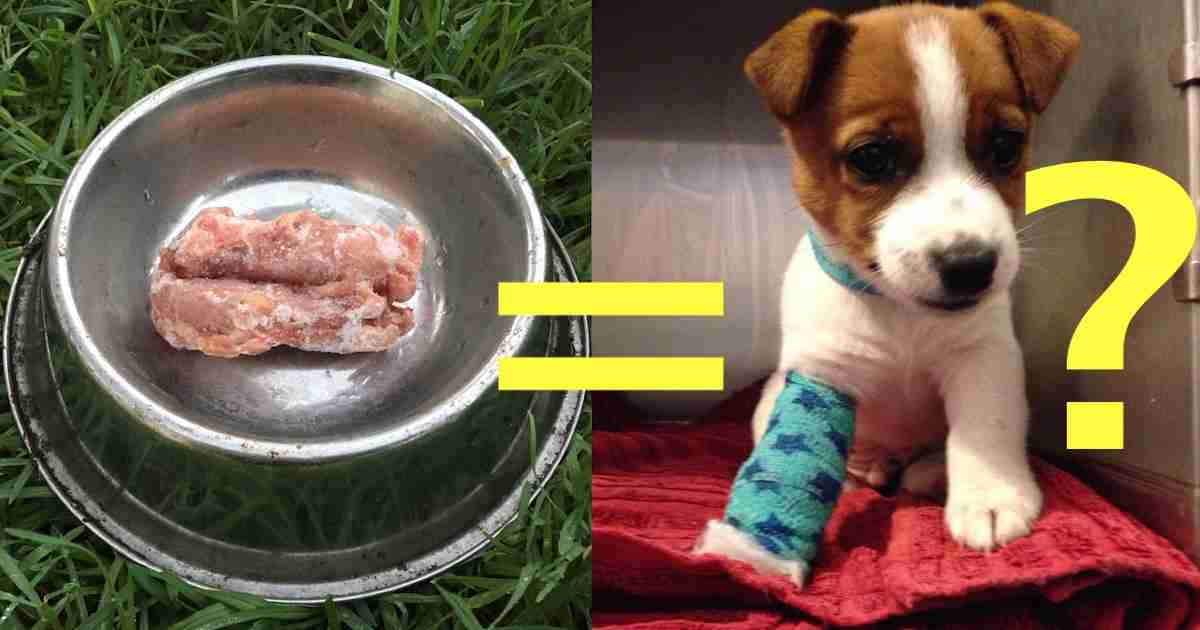 It seems like every dog owner has already heard the news. Chicken necks are causing paralysis in dogs. Now here’s the full story.

Acute Polyradiculoneuritis (APN) is thought to be an auto-immune disease that attacks the nerve roots in the spine. It appears as a dog who starts walking with wobbly hind legs, which we call ataxia. As the condition progresses, the front legs and body become affected until paralysis ensues. Many dogs require hospital support followed by home nursing for an extended period. Thankfully, very few dogs die although it must be extremely distressing.

One cause of APN has long been suspected by vets to be the feeding of raw chicken in the diet. That’s because many dogs who get APN seem to be eating it but also due to similarities with a human condition called Guillain-Barré syndrome. In people,  Campylobacter bacteria (found in chicken) have been linked with the disease. Up to now, we’ve lacked the smoking gun.

This year we now have some better evidence. Researchers have shown that affected dogs are significantly more likely to have raw chicken in their diets than randomly surveyed and unaffected dogs. They also found Campylobacter more commonly in affected dogs.

You can read the full article here.  It’s important to note that they didn’t question owners particularly about chicken necks, just whether raw chicken was fed or not.

The Dangers Of Chicken Necks

APN is a rare but extremely debilitating disease. We see a case every two or three years.  The threat level is low, but it’s enough for vets to say: don’t ever feed raw chicken to your dogs. You can read here how to make a safer raw diet for dogs. You’ll also see studies showing that even chicken sold for human consumption is contaminated and that children get it from dogs.

There’s an even better reason not to feed raw chicken. I said I’ve never seen APN kill a dog, but I’ve still seen deaths caused by raw chicken. That’s due to choking.

Dogs love to gobble down their food. The deaths I’ve seen have all been from dogs eating raw chicken without chewing it properly. Many owners who feed it have seen a near miss and been scared off but sometimes the first event is the fatal one. Raw chicken is soft enough that a dog can give it two chews and then attempt to swallow it.

This especially happens with small dogs and puppies, and rarely in dogs over 20kg or if the chicken is minced. It represents the most common cause of choking we see in Adelaide (more than toys or rawhide chews). We  hear of a case every few years but the true incidence is unknown as most never make it to the vet,

Clients who bring their kitty to me know that I feed my cat raw chicken. Here’s why:

The problems with raw chicken seem to only happen to dogs. If you want more advice on changing your dog’s diet, please get in touch!

29 Replies to “Is Raw Chicken Dangerous To Dogs?”