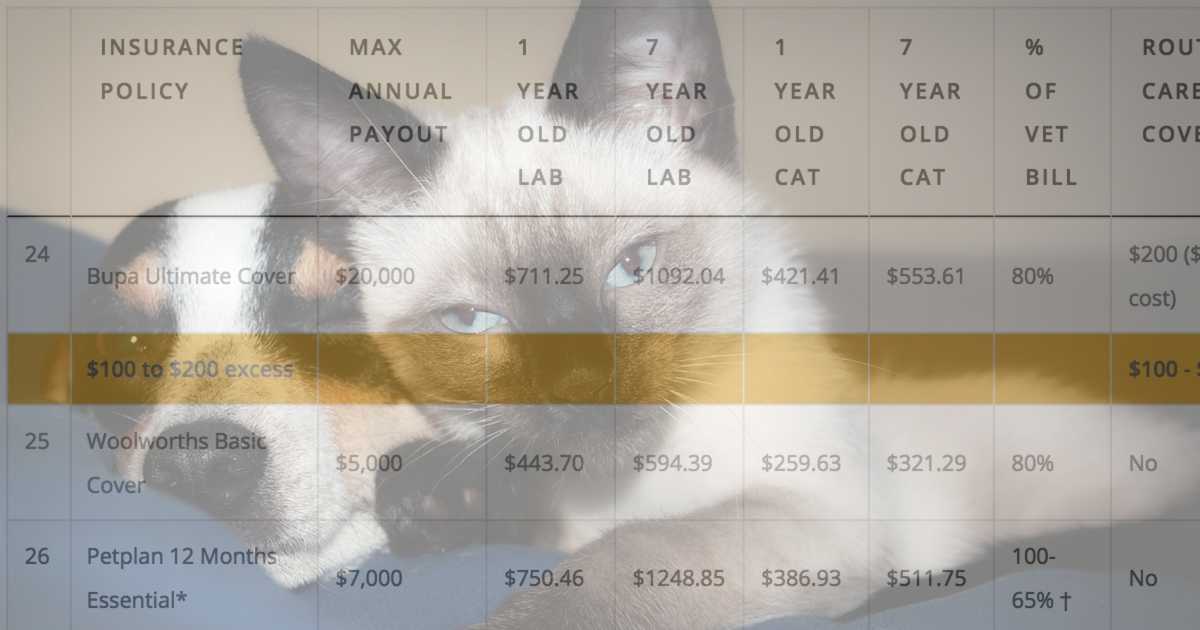 Australian vets have seen a steady rise in pets being insured. However, up to now, that has not been matched by any increase in choice. Now we have a third entrant.

But you say, what about all these other pet insurance companies?

In fact, at last count there are 30 of these. The truth is that although they offer a genuine product, their terms and conditions are all very similar. That’s because they’re all underwritten by the same insurer, Hollard.

That’s still a reasonable choice, and enough for most people. It’s just that most of their rules are the same. For example, they all seem to have the same payout limit on consultations, cruciate ligament surgery and paralysis tick treatment.

Knose: The New Kid On The Block

Into the mix comes Knose, a company that’s been around in the vet industry for a while. This year they’ve started offering dog and cat insurance underwritten by Allied World. Here’s what they offer:

This compares well with the market.

Knose claim to be offering a genuine difference to existing pet insurance policies. Where this is true is mainly in the lack of sub-limits for certain conditions. Other companies (except PetPlan) set limits on payouts for tick paralysis, some orthopaedic conditions and consultation fees.

This is especially useful for larger breeds of dogs prone to cruciate ligament rupture, who benefit most from TPLO surgery. It’s also great for dogs and cats living in areas known for tick paralysis, and for frequent attenders of the vet.

Knose also offer an option to pay less and not get cover for consultation fees. One other quirky difference is that Knose will cover a pet for up to 60 days when on holiday in New Zealand. This seems quite niche, but it must be great for some.

On this quick look, Knose come up well. They give a higher payout, have fewer exclusions, and the monthly fee is less. However, it’s up to you to compare the policies carefully.

Just like the others, Knose don’t cover routine dental problems or alternative medicines. Neither do they cover all the usual exclusions like neglect, behavioural issues or diseases prevented by vaccination.

Most importantly, they don’t routinely cover pre-existing conditions, the biggest complaint about pet insurance made by Choice last year. I think the criticism was unfair, but there you go. Any disease your pet has had before the cover started is unlikely to be able to be paid out later.

Knose state that once you start cover you can apply for a free pre-existing condition assessment. What that may do is create a waiting period for this condition of 3 months to 3 years, depending on the case. Of course, problems that their vets see as likely to result in frequent future claims are unlikely to get this offer.

There is another independent pet insurer in Australia. PetPlan actually cover more things than the other insurers, which you can read about in an older article. So why haven’t I mentioned them yet?

It’s because PetPlan have gone through some upheavals in the past few years accompanied by steep increases in premiums. This has caused a large exodus of customers and great unhappiness.

We heard recently that PetPlan are changing their name to Petcover and getting a new underwriter. One can only hope they will return to being a genuine competitor. We need all the choices we can get!

Which Pet Insurance Is Best?

Pet insurance is no scam. It works well for getting dogs and cats out of bad situations. I like it when you get it. but it’s totally your choice.

It’s up to you to decide what you want and if the fees provide value for money. I don’t think that Knose are earth-shatteringly different but they’ll suit some people better and may save some money for others.

In the end it comes down to what works best for you and your dog or cat. And I’m sorry to say that the only way you’ll know that is by some awfully dry reading. And by asking your vet: no one knows the hazards faced by your pet better than those who see them every day.

6 Replies to “A Review Of Knose Dog & Cat Insurance”