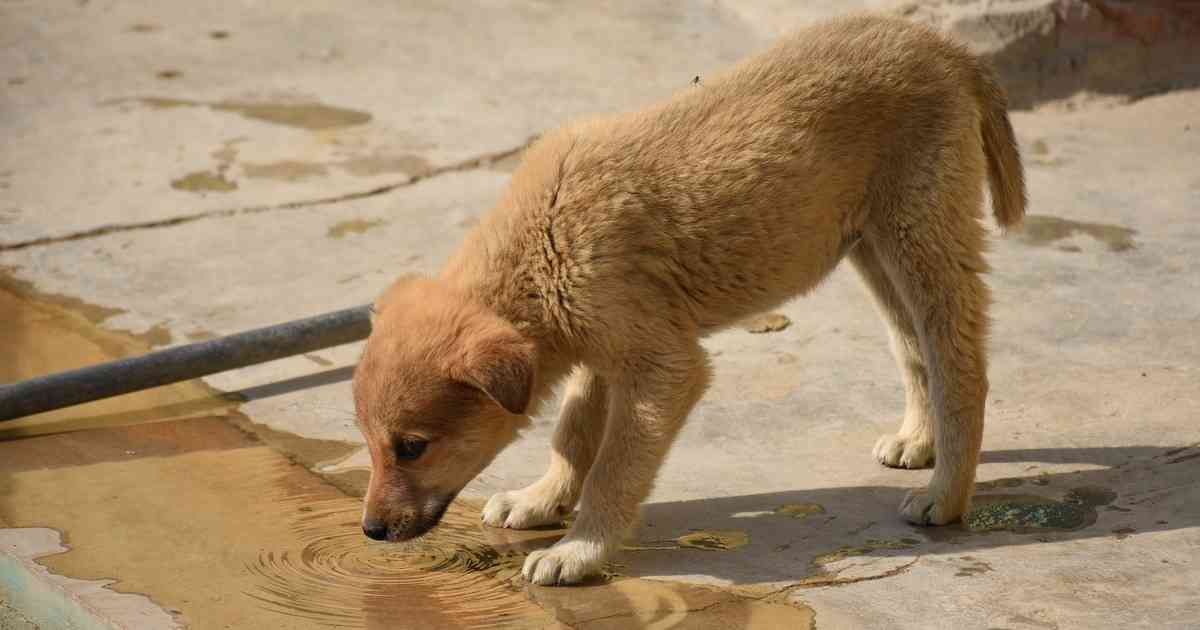 In the last few years, there has been a lot of concern among dog owners about leptospirosis. Not only is lepto a horrible disease, but vets now see it in places where it never used to be.

Here you can find the latest information on the risk to Australian dogs and what you can do to reduce it.

Leptospirosis is the disease caused by several related bacteria but particularly Leptospira interrogans (‘interrogans’ means ‘asking’ because they sometimes look like question marks).

It comes in many different varieties, but the two that matter most to Australian dogs are australis and copenhageni.

Both are spread via the urine of infected animals (especially rats) in water, soil or foods. Infection is more common in dogs living near wet areas.

Many dogs infected with leptospira show no symptoms, though some will be passing the bacteria in their urine. Those that become unwell usually develop a fever, stop eating and might have vomiting, diarrhoea and dehydration.

More serious disease is caused by multisystemic organ failure. A classic sign of leptospirosis is the simultaneous appearance of liver and kidney damage, but eye or brain involvement is also possible, as is coughing up blood. Affected dogs commonly have yellow tissues, called jaundice.

Leptospirosis in Australia is unlike other countries due to the different varieties involved. When disease occurs here, it is extremely serious. Mortality rates exceed 50% for dogs with liver or kidney involvement.

How Common Is Leptospirosis?

In tropical northern Australia, leptospirosis is more common during the wet season of summer and autumn. In a North Queensland study, 40 dogs were diagnosed over a 5 year period. Risk factors were believed to include living in the cane-field regions, near dairy cattle or around rat populations.

In temperate southern Australia, the risk is generally lower, but in 2019 and 2020, hotspots were identified in some capital cities. Whether these represent better awareness of existing infection or new outbreaks only time will tell.

In Sydney, dogs have mainly been diagnosed in the inner-west from Newtown to Surry Hills, plus a case each in Balmain, Crows Nest and Paddington. In Melbourne, a few cases have been seen mainly in the eastern suburbs near Ringwood. Although numbers are hard to assess, we are probably talking about 20 in total.

Below is a recent study of dogs from shelters throughout Australia. These results should be viewed with caution as they may not be the dogs at greatest risk, especially in the tropics.

Which Dogs Need The Leptospirosis Vaccine

There are vaccines against both varieties of leptospira available in Australia. Whether these should be used is a matter of assessing the local risk.

In southern Western Australia and South Australia, there currently seems no reason to vaccinate unless travel is planned to an endemic area.

In Victoria, vaccination may be indicated in a few suburbs of Melbourne. However, case numbers have been low and sporadic, so please talk to your vet about the local situation at the time.

In New South Wales, vaccination is being recommended in a 5km radius around the suburbs mentioned above. Individual risks probably have a lot to do with the prevalence of rats in each suburb so once again, a discussion with your vet is a good idea. Outside of Sydney there may be hotspots, such as the north east coast but your vet will keep you informed.

In Queensland, vaccination is not commonly performed south of Sarina, near Mackay. Exceptions might be areas close to green cane cutting. Even to the north, the risk will depend on your dog’s lifestyle, but vaccination is generally a good idea.

Vaccination is important, but it’s not the only answer to prevention, mainly because australis and copenhageni are not the only strains present.

These guidelines are sensible everywhere, even in Perth or Adelaide. Not only do they prevent other illnesses, they insure us against the future. Lepto is an emerging disease and there’s no reason to think it won’t appear in unexpected places. For example, Switzerland (hardly a tropical country!) is currently battling the australis strain too.

Lastly, it’s important to mention that leptospirosis is also a serious disease of humans, though transmission from dogs is extremely unlikely. Most people probably catch it the same way they do, from water and soil contaminated with animal urine. Symptoms mimic those of any severe flu-like illness.

One Reply to “Is My Dog At Risk Of Leptospirosis?”