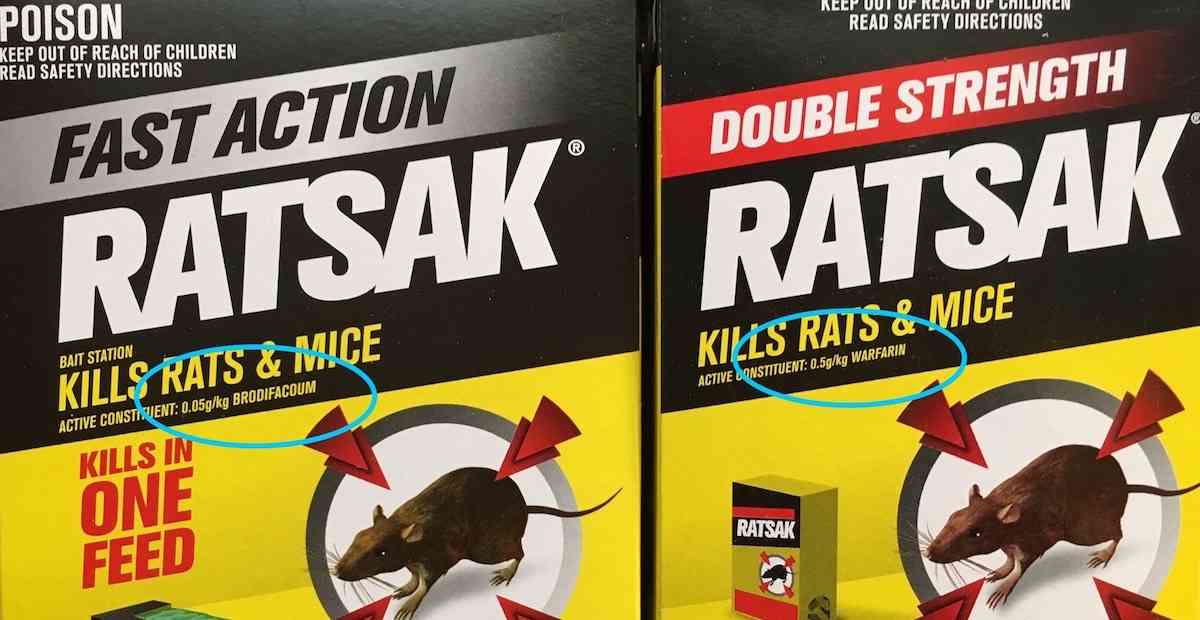 What To Do If A Dog Eats Rat Or Mouse Poison

In a survey of our clinic over 15 years, the second most common poisoning in dogs in Adelaide is caused by rodenticides.

How Dogs Get Poisoned

Deliberate poisoning with rat bait is rare. The real reason most dogs get poisoned is that owners underestimate their dogs’ intelligence, and don’t realise that rat poison is something dogs want to eat.

Anything tasty to rats is tasty to dogs too. You may have forgotten that bait you laid last summer but your dog hasn’t. Most poisonings occur from:

In Australia, most rat and mouse baits are anticoagulants. They work by blocking the production of clotting factors. A few days after a toxic dose, affected animals start bleeding internally.

Bromethalin is a neurotoxin found in rat baits in other countries that can cause much more rapid signs of tremors, seizures, hind limb weakness and collapse.

Anticoagulants come in two types. Warfarin is an older form which requires repeated and higher doses to kill an animal. Brodifacoum or difenacoum are much more potent later generations developed to overcome warfarin resistance in rodents. Poisonings with any of these require veterinary attention, but it’s useful for the vet to know which one was used.

It doesn’t matter if the poison is in block or pellet form, it’s the active ingredient that counts.

Other rat poisons such as phosphides are used in professional pest control and farming. These can kill rapidly if urgent veterinary care is not sought. Due to their rarity in domestic situations I will only discuss anticoagulants from now on.

Symptoms are entirely due to uncontrolled bleeding. The most common signs of rodenticide toxicity in dogs are:

Signs are usually vague, stressing the importance of remembering the possibility of rat poisons.

Other signs may include:

What To Do When A Dog Eats A Rat Bait

Stay calm; there is an antidote. Dogs don’t die of rat bait exposure if they see a vet before symptoms appear, preferably within 24 hours of ingestion.

Call your vet for advice. If the rat poison was eaten less than two hours ago, you will be told to come straight down. Inducing vomiting should remove most of the poison. This includes secondary poisoning when a dog eats a poisoned rat.

If the exposure was more than two hours ago, inducing vomiting may still be a good idea, especially if your dog has had a recent meal to slow down absorption. However, there will almost certainly be poison in the system.

Your vet will either:

For both options, three days after the end of the course, another clotting test is recommended.

How to decide? The decision is based on risk and cost.

For example, Bailey’s owner noticed a small amount of the blue dye from rat bait in his faeces. We decided it wasn’t certain he’d had enough poison to harm him so we scheduled a blood test instead of treating him. The result was normal, so he never needed treatment.

How To Make Dogs Vomit

Finally, an important word on making dogs vomit. On the internet you will read methods using peroxide. It may be safe enough (I doubt it), but who has peroxide just lying around?

Even if you are successful, you will still need to go to the vet. Therefore, it’s far better to pack your dog in the car and head straight to the vet than lose valuable time.

Vets have several gentle methods which usually work. We also keep apomorphine as a back up if the milder emetics don’t work. Vets also know when it’s not safe to induce vomiting.