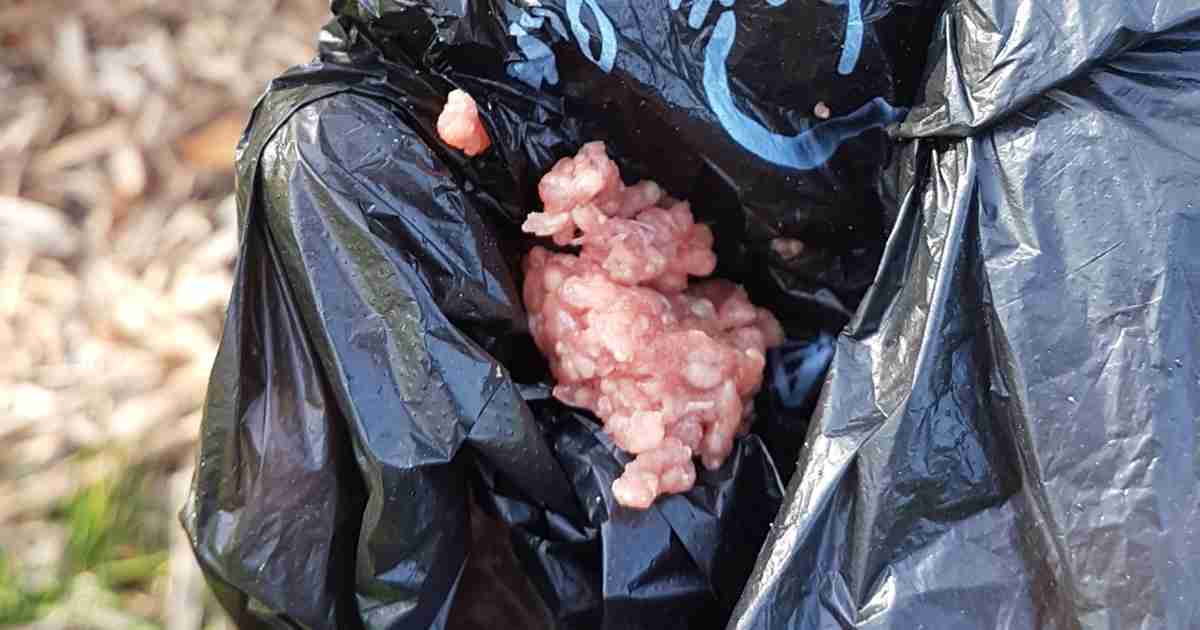 In 2020, Adelaide has been awash with stories of dog baits being found in parks. Just this month we had:

Leaving aside the twisted motives of why anyone would do this, it’s important to understand the risks and what you can do if it happens.

How Common Is Dog Baiting?

Although stories of baiting are frequent in the news and on social media, actual poisonings are rare. That’s probably because most dog owners notice the baits quickly. It’s also true that despite the reputation of dogs, they rarely eat unknown food without taking a good sniff first.

Therefore, if an owner is watching, the risk is low. In my 26-year career, I’ve never seen a dog show symptoms from deliberate poisoning. Yes, I too have seen attempts to poison dogs, but never with success.

For a bait to be effective, it has to be both highly poisonous and tasty. There aren’t many substances that tick both these boxes. Common examples are:

1080 or fluoroacetate is the classic ‘fox bait’. It’s extremely rare in urban areas due to tight controls on who can use it, but is often laid on sheep farms and in national parks.

Ground glass in meat is still feared, but this is probably a myth. Sharp, small objects actually travel quite well through the intestines. If this seems strange, think how hard it is to cut loose material . Gut is the same.

How To Tell If Your Dog Has Been Baited

Snail baits are neurotoxins. The first symptoms of ingestion are behavioural changes like anxiousness, restlessness and panting. This may progress to muscle twitches and tremors, and eventually to seizures. Vomiting and diarrhoea can also occur.

Rat baits like Rat Sak are anticoagulants. Therefore, symptoms are the result of internal bleeding. Look for:

1080 is a neurotoxin that causes a rapid onset of seizures. Affected dogs often start out showing anxiety, tremors, crying and frantic running.

How Long Does Dog Bait Take To Work?

The neurotoxins start working as soon as they are absorbed. This could be as little as 20 minutes after ingestion.

Dogs who have ingested snail bait almost always survive if the dog is not left alone. Straight after ingestion, a quick trip to the vet to induce vomiting will normally completely resolve the problem.

If you miss the opportunity, and symptoms appear, your dog should still survive. Mild cases can be controlled with anti seizure medication. Your vet will induce anaesthesia in more severe cases, and maintain it until the poison has passed through the system.

The same applies for 1080. However, the combination of the speed of onset of seizures and the remoteness of most poisonings means that these dogs rarely survive.

Rat bait is also best vomited up shortly after ingestion, but if you miss the chance, there is a safe and effective antidote. Read more about the treatment of rodenticide poisonings here.

There’s no need to live in fear, but these simple steps can reduce the risk substantially.

As a final thought, this recent spike in baitings looks a lot like copycat behaviour. It reminds me of the needles in strawberries or people lighting bushfires. Therefore, we possibly shouldn’t be giving them too much attention for what they do.

Note: do not leave comments if your dog has just taken a bait. Instead, see a vet immediately.