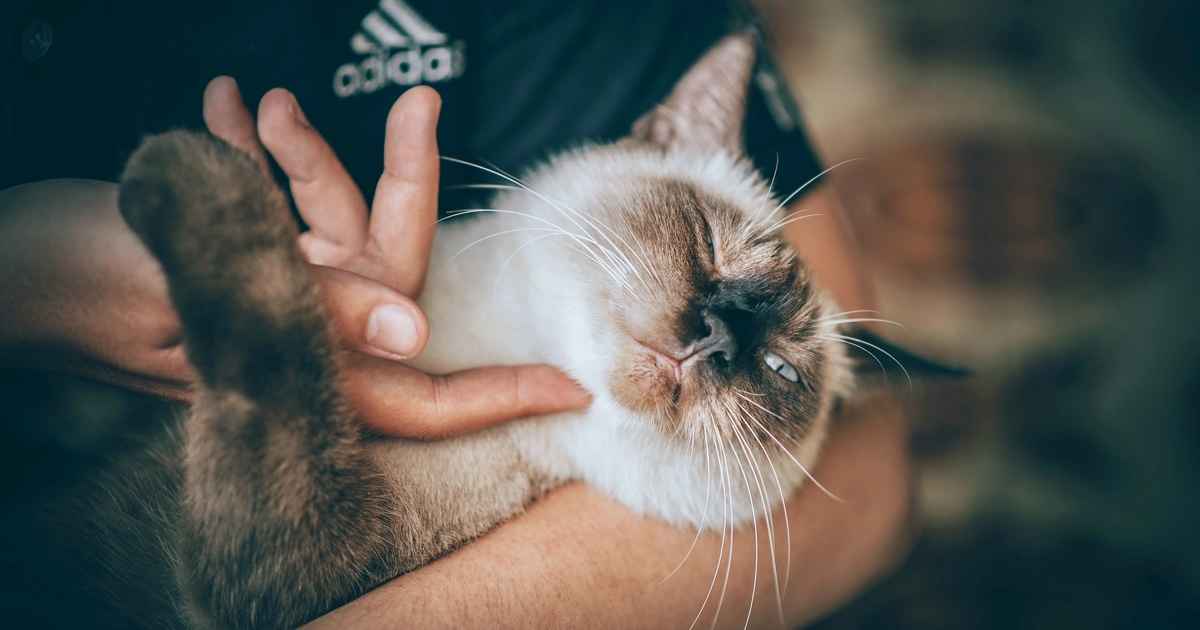 It would be hilarious if it wasn’t so serious. Look for answers on why your cat bites or scratches you and you find people telling you it’s all about a competition for dominance.

As any genuine cat lover knows, our cats always dominate us. Most of us have enough humility to love them for it.

Stopping them biting and scratching is a whole other story with a wholly different explanation. One where aggression is just a symptom of a problem in the cat-human relationship.

So strap in: it’s going to be a long ride, and a bumpy one. There are no quick answers. It’s inevitable that a large part of the solution will depend on you seeing the world from their point of view.

Feline aggression is the common endpoint for a wide range of problems. These include:

They’re all important. You’ll notice that nowhere here is a reason that directs the blame on the cat. Let’s cover each in turn.

Cats differ from dogs in one very important way: even if a dog doesn’t like something, they’ll usually go along with it. But before you say, “cats are so unreasonable”, think how you’d react if someone did half the things to you that cats get dished out every day. They’re probably stlll more tolerant than the average human.

A related difference is that cats don’t learn to enjoy something. If they hate it, they just hate it. So it’s no good expecting them to change.

Handling a cat well is understanding how to do it politely.

How To Be Polite To Cats

We all know cats who love endless smooches and cuddles, no matter what you do. The following advice is specifically written for those cats who scratch or bite, but it can’t hurt for every cat.

Do this right, and you’ll find it’s your cat that starts seeking out contact, not you. Are you starting to see why cats are drawn to people who don’t like them?

Most people get bitten in one of two ways. Either they just launch in without thinking, or they keep absent-mindedly patting for too long. If they were looking, they’d see their cat’s body start to stiffen with annoyance, and maybe the ears go back or the tail twitch. Any other cat could read this signal loud and clear, but we usually miss it, and… wham!

Some cats start licking before they bite. As a general rule, it’s never good to let cats lick you, as it’s not always a positive sign like in dogs. Some experts even go so far as to say licking is a sign of aggression itself.

Cat bites and scratches can be very serious. If you get a deep bite, see a doctor within 24 hours as you’ll almost certainly need to take antibiotics. This can also apply to scratches especially if you have poor circulation.

Most cats prefer physical closeness to pats anyway. Some like to just sit next to you, and that may never change, whereas others prefer the full lap experience. Regardless, they mostly just want to sit and enjoy. That’s why in my house, “IGTP” (I’ve got the puss) is code for “get me that coffee/book/TV remote/etc please cos I’m stuck here til he wakes up”.

Predictability is also very important. If you want a cat to enjoy your company, they need to be able to trust you 100% of the time. No sudden noises, no jumping up, certainly no ‘jokes’. This is why many cats are made worse by children.

The attitude of “I can do what I like to you and you’re not allowed to complain” is all too common and never going to work. This especially applies to roughhousing or picking them up. Both can be done, but not to all cats, and never all the time.

If you’re feeling frustrated at times, that’s normal. I admit: it’s hard to not react when you get hurt without warning, but it’s vital to give no reaction, except for learning for next time. Let your cat go, and leave them alone to settle down.

Once you hit, yell, use water spray or throw something, you’re in trouble. Punishment is a human instinct, but it’s always, always going to make the problem spiral out of control as the fear increases and defence turns into attack. And anyway, if we’re complaining about our cat being too violent, reacting like this only makes us hypocrites.

2. Anxiety From Other Cats

I believe that most cats labelled as vicious have at least an element of anxiety. This could be the anxiety mentioned earlier of not being sure what you’ll do, but the most obvious cause is other cats.

Cats aren’t fully social like dogs or humans, and social stress is everywhere. It can be seen as cats urinating in the house but often there’s no outward clue. Certainly, just like humans, someone stressing you out doesn’t mean you’ll get in a fight with them.

A cat who’s on edge is never going to accept touching the way a secure cat will. If your ‘problem’ cat lives with another cat, read my page on getting two cats to live together.

A few years ago a cat was brought in to me for a euthanasia she felt she had no choice but to do. The owner was bandaged up both arms after he’d attacked her viciously without warning. I fixed him with window tinting!

A very special version of stress from other cats is called redirected aggression. This is the “I had a bad day at work so I yelled at the kids” but with claws and teeth. When a cat gets riled up, especially by another cat, they are a pressure cooker. If you’re unlucky enough to be nearby, especially if you try to touch them, they can attack you without mercy.

The worst cases I have seen result from stray cats prowling outside the house and looking in the window. That’s why, once I suspected the cause, I asked her to give him a few weeks and get a translucent film put on the windows. Once he couldn’t see the other cats any more, he settled down.

Redirected aggression is very common, and most people never see the other cats. I guessed the answer by knowing his personality, and where he was when it happened. This condition is much worse if cats are not desexed.

Whatever else is wrong, it will get worse if a cat can’t feel relaxed at home. I’ve written a long page full of easy ideas to keep indoor cats happy, but some need particular mention:

Good play will depend on your cat, but might be any of the following:

These are best done by the person having the most trouble. My kids regularly bring home a cheap new toy to try. Sometimes they’re a hit and we buy 5 more, other times they’re ignored completely.

Allowing a cat to watch birds, small mammals, fish or even insects can be very entertaining for them. The classic move is to put a bird feeder outside a suitable window. Just be aware that for some cats, outside sights or noises might increase problems by causing frustration instead or calm.

To understand the importance of boredom in ‘bad’ behaviour, you’ve only got to see how much a cat improves when there are mice around to hunt!

I won’t go far into the health causes, except to ask you to get the opinion of a cat-friendly vet. Too often, I have seen problems very late that were extremely treatable. These include:

While on the subject of vets, surgical declawing has absolutely no place in humane cat care. And anyway, a stressed cat will lash out with the weapons they have. Remove the claws, and it’s teeth.

On the other hand, it’s perfectly acceptable to trim the claws of an indoor cat to reduce risk of injury.

For some cats, the aggression is just a game, except they don’t realise it’s a problem to you. These are especially the confident and boisterous ones. Three important risk factors for rough play are:

Men, just because they often encourage it, and then complain later! Hand reared cats because they missed out on the feedback from their mother and other kittens about how hard to play.

In both cases, we should strive to never play using our hands directly, but always have a toy between the cat and us. Start out with kittens the way you mean to continue. Fingers are not toys!

Free feeding is an interesting one. Think about it: when the bowl’s empty, what do they do? Find you and tell you to fill it up again!

These cats seem to be trained to regard you as something controllable, which in turn leads them to not treat you correctly. If you are being attacked, please, please convert your cat to timed, measured meals and become the one to do the feeding. It will be tough, but you need to try.

Sadly, after fixing all this, some cats still love to ambush you. I have less to say about these, except to predict the signs and avoid, avoid, avoid. When it happens, try as hard as you can to stand still and not react, as almost any response will encourage it. This may mean wearing thick clothes around the house until it settles down.

The same cats often ‘mouth’ you gently or nip without breaking the skin as a sign of affection. Harmless as it is, I would not encourage it for fear it could escalate.

I think the best evidence for everything I’ve said here are the ‘crazy cat people’. How often do they get badly attacked? Almost never.

These people don’t see any cat as nasty or vindictive, or one that can’t be helped with a little understanding. They’ve learnt how to communicate.

Cats might well represent the only time we humans truly share our lives with another being on near-equal terms. I hope you succeed, but if you’re struggling, please leave me a detailed comment below and I’ll do my best to help. When you get it right, the rewards will be worth it.

4 Replies to “Help! My Cat Attacks Me Without Warning”