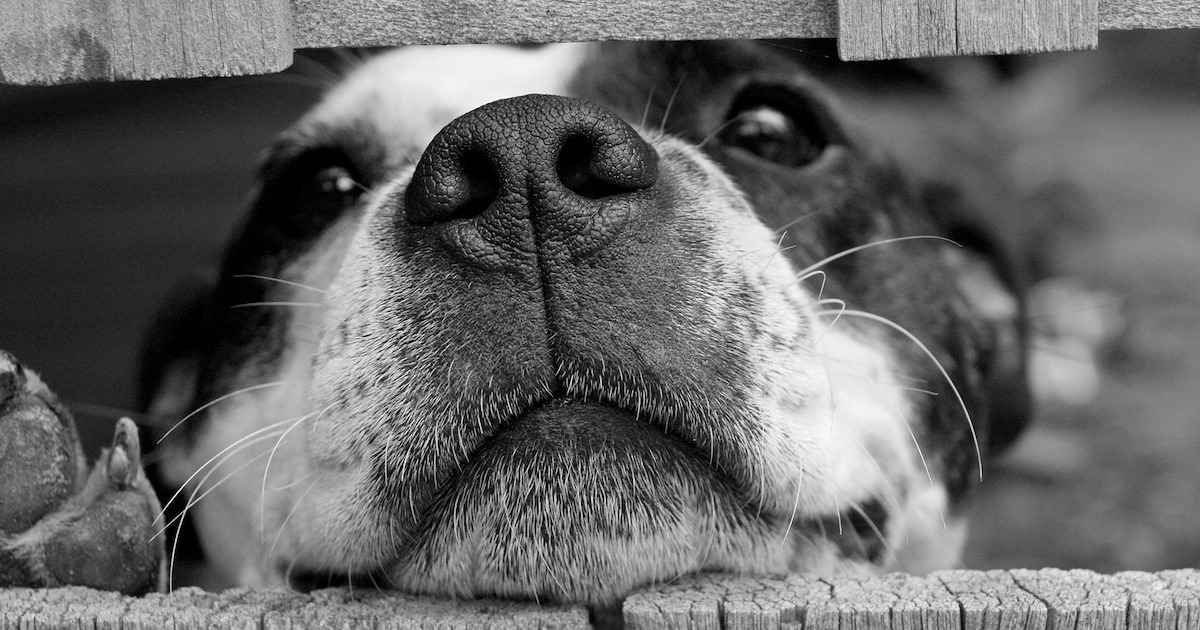 Every seen a mangy dog? Probably not, at least not the way I mean. You have to be my age or older, or travel to disadvantaged places, to be likely to say yes these days. What passes for ‘mange’ now is nothing compared to what it looked like up to a generation ago.

Strangely, I miss those times. We vets were like gods, healing a terrible and ancient disease for good with just a touch here and a prod there. You could literally see the hair regrowing like a freshly seeded lawn. It was easy to be a hero, even if all we were doing was taking the credit for someone else’s work.

The pictures show the classic appearance of the dogs we would see. The disease I’m talking about can still be seen in other places, but in Adelaide, it’s now virtually non-existent. The reason it’s disappeared contains a vital message to dog owners.

Mange is an old name for widespread hair loss and dermatitis. Like most mediaeval medical terms, the name ‘mange’ isn’t a diagnosis, it’s a description of a set of symptoms. The same is true for other terms like ‘consumption’, ‘dropsy’ or even ‘distemper’ even though these have since developed more precise meanings.

There are actually at least four common diseases that cause what we see as‘mange’:

Sarcoptic and demodectic mange are both uncommon problems caused by burrowing mites. Atopy is essentially a skin allergy, and while it can be severe, with good skin management it almost never gets as bad as the dog in the picture.

Why Mange Disappeared From Adelaide

You’ve no doubt guessed it by now: mange was mostly caused by fleas. The crazy thing is: we didn’t know that for sure until we were able to fix it. The game-changer was the development of a new class of flea control that finally worked.

So there we were, seeing these dogs day in and day out who had lived sometimes ten years in a life of constant itch. We would prescribe this new expensive wonder drug called Program and wait. Before too long, owners would stop us on the street, or bring the dogs back just to show the amazing hair regrowth after all those years.

Then came Advantage and Frontline, prices dropped and the game was up. In one fell swoop, a disease disappeared.

Why We Missed The Fleas

You must be asking, “why didn’t you see fleas on the dogs if they were the cause?” This is the crux of the matter: you almost never find fleas on dogs who become allergic to them. Think about all that scratching and biting.

I think the best illustration comes from scientific papers at the time. Veterinary skin specialists like to publish the results of allergy tests and their reports from before the 1990s contain a big surprise. Here’s a typical example from 1989:

Fleabite dermatitis was the most common canine skin disease diagnosed at the 17 institutions in this study.

Now I’m fairly certain that no vet intended to send a flea problem to a specialist. It’s just that they couldn’t tell. Without visible fleas or a flea control that could eliminate 100% of the fleas, allergy signs would persist and the diagnosis would be uncertain. Now consider this: if 37% of referred skin disease across the USA was FAD, imagine how common it was in the ‘real’ world.

Because FAD is a well-recognized disease, it is expected that most affected dogs are treated by primary care veterinarians. For this reason, it was believed that the disease was underrepresented in the population studied.

How life has changed for dogs. That 5% who would suffer excruciating disease from simple flea bites now looks just like the rest of the dogs. And the advances keep coming. What happened in the 1990s for mange is now being repeated for atopy. This time, its a drug called Apoquel, and yes, for now, it also costs a mint. But I guess that’s the price of progress.

In conclusion, I need to point out that this article refers mainly to privileged areas. There are many places, even in Australia, where flea mange still exists, and sarcoptic and demodectic mange are also common. These too are easily treated by new drugs. You’ll find our page explaining all the new parasite treatments of dogs here.

2 Replies to “What Causes Mange In Dogs?”