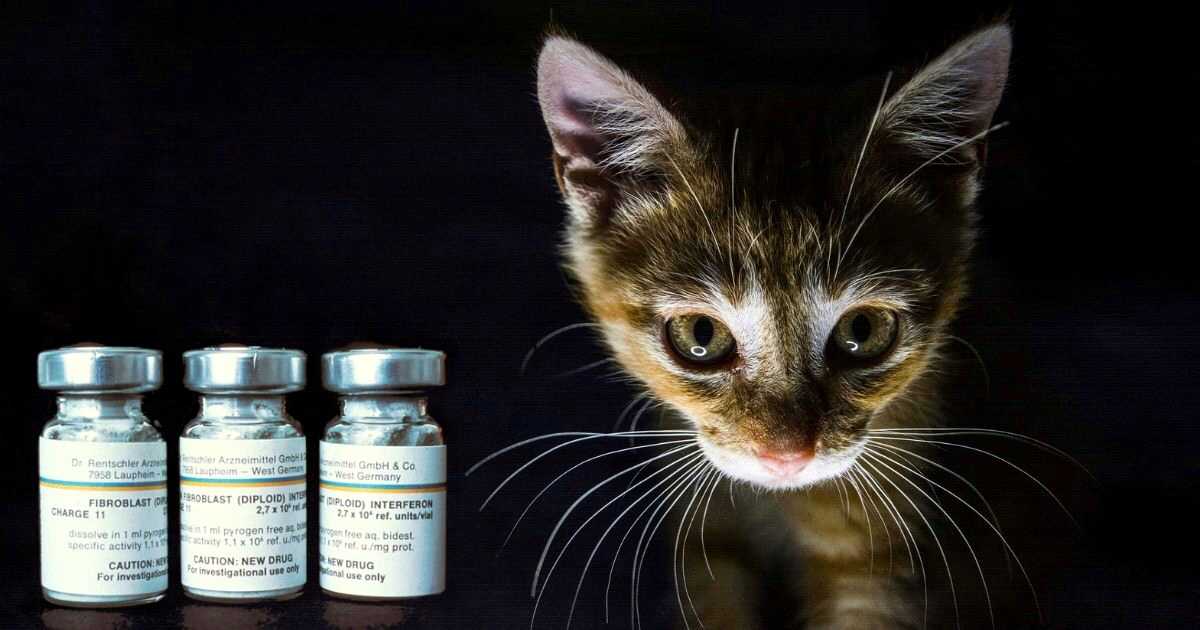 Feline infectious peritonitis or FIP is probably the number one fatal viral disease of young cats around the world. Up to now FIP has had no effective treatments and no vaccine.

Now there is real hope of a successful treatment. I’ll explain it below after dismissing a few false hopes.

First, if you suspect your cat has FIP, please read my page on the signs and diagnosis of FIP in cats. No cat owner should start a treatment without first confirming the diagnosis. Yes, this really happens!

Traditional treatment of FIP has been supportive, using good nutrition, anti-inflammatories and attention to secondary infections. However, the most important treatment has been timely euthanasia.

There is nothing worse than watching your young kitten die a slow and relentless death. Up to now, there’s been little we could do about it. This gap has created desperate cat owners, ready to try anything, sometimes at almost any price.

As you will see, some of these treatments are better than others.

Interferon-omega is an injection marketed for cats with FIP. A small early study showed promising results and so for a brief period it became part of the standard treatment. However, that study was plagued by the faults of most early FIP papers.

A larger double-blinded placebo-controlled study found no benefit to interferon. That should have been the end of the matter, but the drug is still available, and people still push the earlier paper without reference to the later one. Like all these drugs, Interferon-omega is expensive.

This is the one that frustrates me. If you read the reports, polyprenyl immunostimulant is a wonder drug. If you read the science with a vet’s eye, it all falls apart. These people almost certainly mean well, but they look a lot like people taking advantage of a bad situation.

The studies they quote lack control groups, have fatal flaws and make very unsound conclusions. It takes a whole webpage just to unpack the deficiencies of this product and its ‘evidence’. Is it any surprise that this is also an expensive drug?

GS441524 and GC376 are two new antiviral drugs responsible for much recent excitement. And to be fair, they have been very effective. There is also an oral antiviral product called ‘Mutian’, whose exact nature is a ‘commercial secret’.

Most of the attention has focused on GS441 or GS as it’s often called. A preliminary paper published last year showed encouraging results in a small study. Perhaps more important than the study itself was that it was in a prestigious journal by a respected author.

But there’s a problem: GS-441 is owned by a human pharmaceutical company whose main focus is developing an antiviral drug for Ebola and human coronavirus. They have allowed this pilot study, and then stopped access to the drug while they focus elsewhere. This has encouraged the production and sale of GS-441 from China.

GC-376, by contrast, is owned by a veterinary company, but still needs FDA approval to be released. This could be up to 5 years away.

NEWS FLASH: before reading on, I strongly urge you to read this update on the use of remdesivir to treat FIP in cats. If you have access to this easily-obtained and legal alternative, there is no longer any reason to continue the black market situation that is described here.

In fact, I no longer support the use of GS. You can read here why remdesivir should replace it.

GS 441 does appear to result in good improvement in most FIP infections, and I have much experience of its use in cats with FIP.

What To Do If Your Cat Has FIP

If you want to use GS-441, the problem isn’t in getting it, it’s using it. There are Facebook pages and websites devoted to assisting you, and while they can help you source the medicine, they aren’t vets.

By all means read what they say, but ask your vet if more modern treatments exist in your area first. If they don’t, vets can’t legally buy or give GS, but that doesn’t stop us from advising you on how to use it.

Giving a needle is safe and easy once you know how, but I have seen owners get in a terrible mess. GS 441 appears to be hard to inject as well as irritant and painful so a good technique is essential. We’re happy to teach you how and even supply pain relief to give before the needle.

If injections are too difficult, there is a recent oral tablet form that appears to be effective, though at roughly twice the price. Cost is also a barrier to many owners. Recent reports of the cost for a course of GS441 are from $2000 up to $5000 depending on the supplier and the size of cat

In reading owner reports, drug safety doesn’t appear to be a major problem, other than reactions around the injection site. However, there’s no way of guaranteeing it will be as pure or as effective. Buying an unlicensed drug from such origins will always be riskier.

That’s just one of the prices we pay for caring so much. It’s a shame to be given a choice when it’s as imperfect as this one. We can only hope that the registered drug fills the void for cats everywhere soon.

23 Replies to “New Treatments For FIP In Cats”