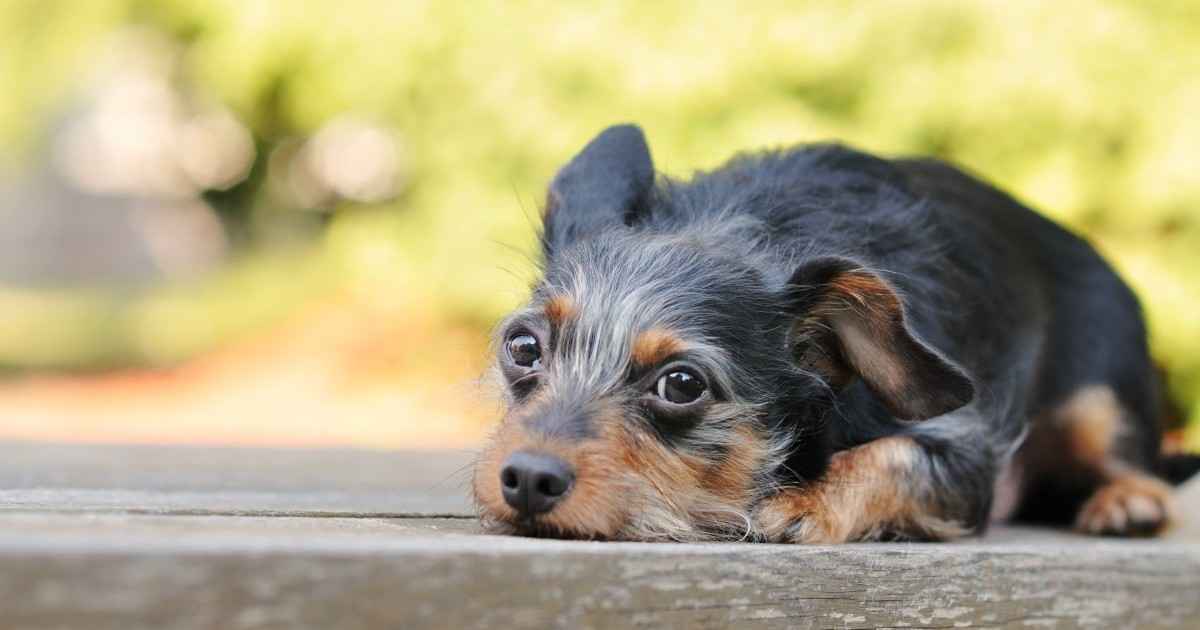 One night my own dog started shaking and shivering uncontrollably. Several frantic minutes went by. Was it a poison, was he unwell? The reasons why dogs tremble and shake go from simple to serious.

A minute later he squatted, passed a huge puddle of urine on the floor and the shaking stopped. He was busting to go to the toilet, and no-one realised. We all felt a bit silly, but that’s how hard it is.

Causes Of Shivers & Tremors In Dogs

The first thing to ask yourself if your dog starts shaking, trembling or twitching is: “is there any chance of poisoning?” Think especially about all of the following:

Malicious dog baiting is rare but also needs consideration. The appearance of signs due to any of these requires treatment at your nearest emergency vet.

Psychological causes of shivering and shaking include:

Many people aren’t aware that dogs can feel the cold even more than people do. This is especially true for puppies, old dogs, small breeds and those with single coats. Click here to help decide whether your dog should wear a coat.

Elderly dogs, especially terrier breeds, often get a coarse tremor or shake in their back legs. I have seen this called benign essential tremor. It appears to be of no concern other than it can be confused with the next condition…

Shaking of the legs can also be due to pain in the joints. It usually gets worse the longer a dog is standing. The only way to tell it apart from benign tremors is to undergo a short trial of arthritis medication. If the condition is caused by pain, it should improve while on treatment, and relapse when stopped.

Any condition causing weakness, such as overexercise or degenerative myelopathy (especially in German Shepherds) can also cause shaking in the back legs. Read more causes of hind leg weakness here.

Better described as steroid responsive tremor syndrome (SRTS), this is a well known condition of all dogs. Its former name of ‘white shaker disease’ is due to the fact that around 50% of affected dogs are small breeds with white coats. It causes a whole body tremor that worsens with exercise but does not interfere with eating, and disappears during sleep.

SRTS is believed to be an inflammatory disease of the central nervous system. It usually responds well to treatment with steroids such as prednisolone.

The two common disorders of body function that cause tremors are hypocalcaemia and hypoglycaemia.

Hypocalcaemia is a low level of serum calcium. The only common cause is when bitches start producing milk. The high calcium demand can cause blood levels to get too low, especially in small breeds with large litters. Treatment is intravenous calcium, and weaning the puppies onto milk replacer.

Hypoglycaemia is low blood glucose. The most common cause we see is when diabetics are given too much insulin. However, there is also a pancreatic tumour called insulinoma.

Kidney Disease and Addison’s Disease have also been reported to cause trembling or shaking. Usually there are much more obvious symptoms that will lead us to the right diagnosis.

Tetanus does not commonly cause tremors, but is worth mentioning as another muscle problem, this time of spasm and rigidity. It is caused by a toxin of the bacteria Clostridium tetani which infect any wound, but especially broken milk teeth or nail bed injuries.

The first sign is usually a strange anxious-looking facial expression with the ears pulled back and the skin wrinkled behind the head. Without treatment, dogs lose the ability to stand, swallow and eventually breathe.

Scottie cramp is an increase in muscle tone that occurs with excitement or exercise in some Scottish Terriers. Affected dogs have stiff legs and an arched back, and look very uncomfortable.

Signs are difficulty walking or an inability to stand, tremors, and muscle contractions of the limbs, head and neck. Episodes can last minutes or hours with dogs being normal in between and seem more common with exercise or excitement. Affected dogs usually respond to muscle relaxants, and of course a gluten-free diet.

With such a long and diverse list, don’t feel bad if you’re confused. Shivering, trembling and shaking are hard even for a vet to work out. So when you go, make sure to bring a video on your phone.

Sometimes it’s nearly impossible to diagnose the fault, but your vet can always help. At the very least they should be able to tell you if it’s serious or not.

6 Replies to “Causes Of Shaking & Trembling in Dogs”