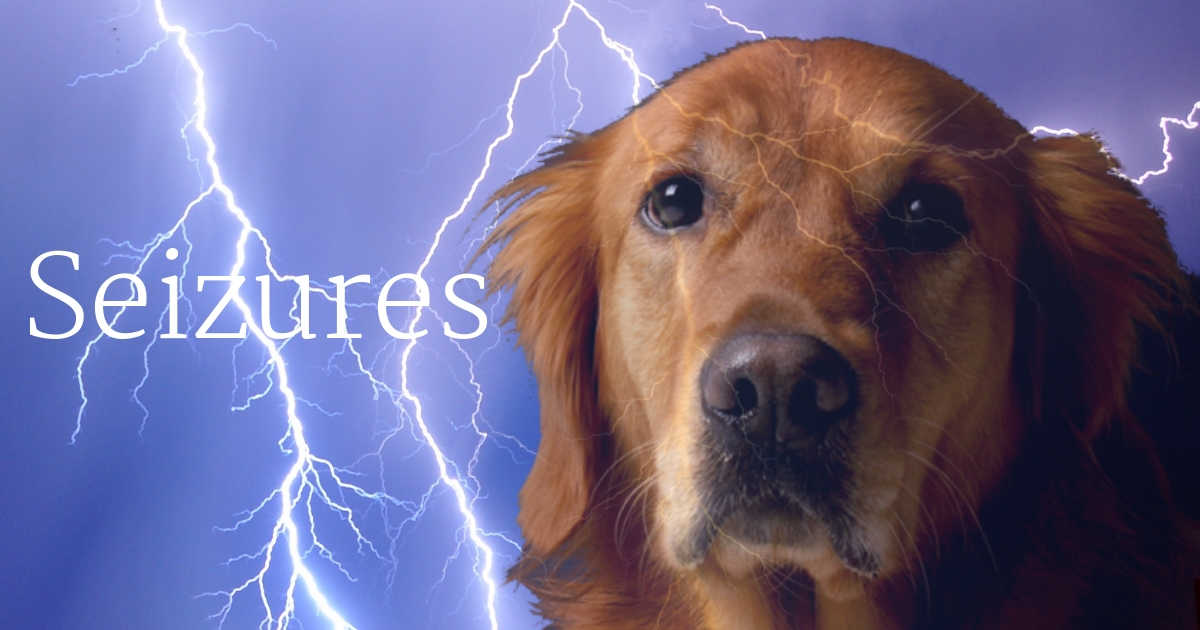 What To Do If A Dog Is Having A Seizure

Seizures are quite common in dogs. They can be completely harmless or extremely dangerous. This is your guide to how to tell the difference.

Types Of Seizures In Dogs

Seizures are temporary electrical disturbances of the brain. We see four different patterns, from least to most serious:

The events we call partial seizures are poorly understood and some may not be seizures at all. They often occur in small breeds and can be triggered by unusual excitement or stress. Symptoms include:

Recovery may be aided by calming and soothing the dog. Partial seizures can last longer than other types but are mostly harmless and dogs do not lose consciousness.

Generalised, or grand mal seizures are the most common form. They are the classic fit or convulsion, and often occur while sleeping. I will describe one instead of distressing you with a video (Beware: most ones I viewed online are not typical seizures). Symptoms include:

Although horrible to watch, an occasional ‘epileptiform’ seizure is fairly harmless but it’s essential to see the vet afterwards (you’ll see why later). A clue that they happen can be finding unexplained patches of urine in the house or bedding.

Cluster seizures are generalised seizures that occur close together, usually within hours of each other. They are much more serious and should be treated as soon as the cluster is recognised.

Highest on the severity scale, status epilepticus is a continuous seizure that needs to be stopped as an emergency to avoid death. The most common cause is access to poisons, but it can also occur in other seizure disorders.

Here’s how to tell: if your dog begins to have a seizure, make note of the time and look up your nearest emergency vet. Then if it lasts more than 2 minutes, take your dog there straight away, getting someone to call on the way.

Why Dogs Get Seizures

We divide the causes of seizures into intracranial (inside the brain) and extracranial (outside the brain). I’ll go through all the possibilities but you’ll see later that there’s one clear diagnosis for most dogs.

As a general rule, extracranial causes are easy for a vet to diagnose and can be treated by treating the underlying condition. These include:

Intracranial causes of seizuring are due to structural brain abnormalities. These are quite hard to diagnose, and include:

Confusing isn’t it! You’ve just had a window into what we think about when we see a dog with seizures. What would you say if I told you the most common cause is none of these?

The Most Common Cause Of Seizures

Most dogs with seizures are diagnosed with idiopathic epilepsy. Compared with the other causes, it’s usually one of the better possibilities.

Because this is such an important disease, we’ve dedicated it a separate page. Now visit our page on the diagnosis and treatment of epilepsy in dogs.

16 Replies to “Seizures In Dogs”