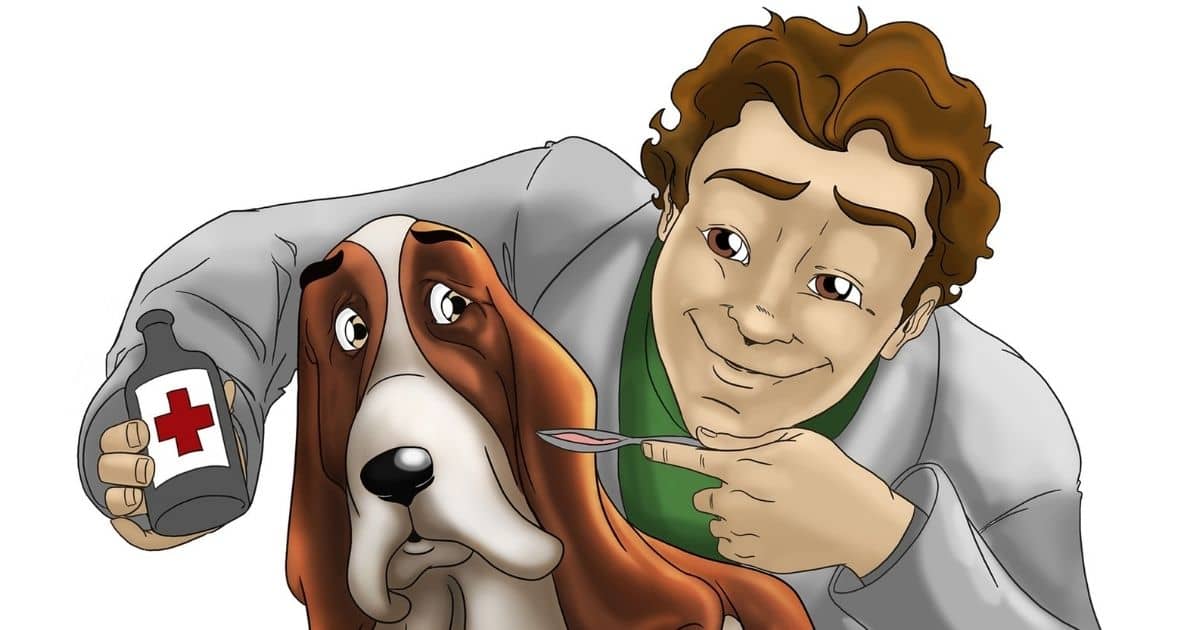 It was pure luck that we found out about the fraud, and it’s taught us all a valuable lesson: that the online pet pharmacy system is not fit for purpose. It must change.

As the friendly policeman said later, he could understand her actions because the temptation was put in her path. The real problem is that it was so easy.

The Chronic Skin Issue & Its Cure

I saw a dog back in 2020 for a second opinion on a long-term skin problem. We get a lot of these at Walkerville, and they’re always hard work. With this one I got lucky.

It turned out that the dog responded beautifully to Apoquel®, which hadn’t been tried before because of the cost. But once the owner saw the response, she knew it was worth it.

What’s going on here is that vets normally prescribe medications from their own in-house pharmacies. Sometimes however, the owner will request a written prescription they can take away to be filled elsewhere. These days this is typically done online.

For convenience reasons, this owner actually kept getting the drug from us despite having a script. After all, the cost wasn’t that much different. The script seemed to start being used when we said we needed to see her dog again before we could supply more.

You see, vets legally and morally must have animals ‘under their care’ in order to prescribe safely. The commonly accepted timeframe between checks is 6 months on stable medications. At this time we will ask for a recheck appointment costing around $60.

It sounds logical but you would not believe how often this is a source of conflict. In the current case, it seems that by the time the dog’s owner wanted to use the script, it was past 6 months. So she simply wrote over the date with a new date!

I’ve seen the fake and let’s just say that it was a pretty weak forgery. Passing a doctored prescription is completely against the law of course. But the temptation to do so is combined with a system more holey than Swiss cheese.

It’s Too Easy To Fake It

Once I found out the pharmacy had been supplying drugs without a valid prescription I assumed that they were also breaking the law. How wrong I was. It turns out that (in NSW at least) what they did was totally fine.

Before COVID, the pharmacy was supposed to get the original signed hard copy that the client had been supplied. Since that time, they are totally within their rights to supply the drug based solely on an electronic copy. Which can be changed by anyone with any smartphone.

The way it is, it’s too easy for Schedule 4 prescription drugs to be supplied without any regard for the consequences. In the internet age of self-diagnosis, this is extremely worrying.

It gets worse if a client tries to buy the drug from overseas. We saw one of our patients go blind after the owner bought counterfeit cyclosporin from Singapore. Of course, she was told it was the real thing, only cheaper.

How Often Does It Happen?

I would dearly love to go through the records of one of these pharmacies and see just what percentage of their prescriptions have physical proof of validity. This is a crazy system. Imagine going to your local pharmacy with just an email and getting a prescription filled.

What Must Change In Pet Scripts

I remain happy to support online scripts, just not ones that lead to:

From now on, we will only handle the electronic and hard copies ourselves. To do this, we will need to nominate just one pharmacy and send all scripts there. There will be a modest increase in costs but the result is peace of mind.

Another alternative would be for the industry to get together and make a secure online system not open to fraud. And I’m keen to hear the industry view in the comments below. But I’m not going through this again.

One Reply to “We Need A Better Online Pet Chemist System”