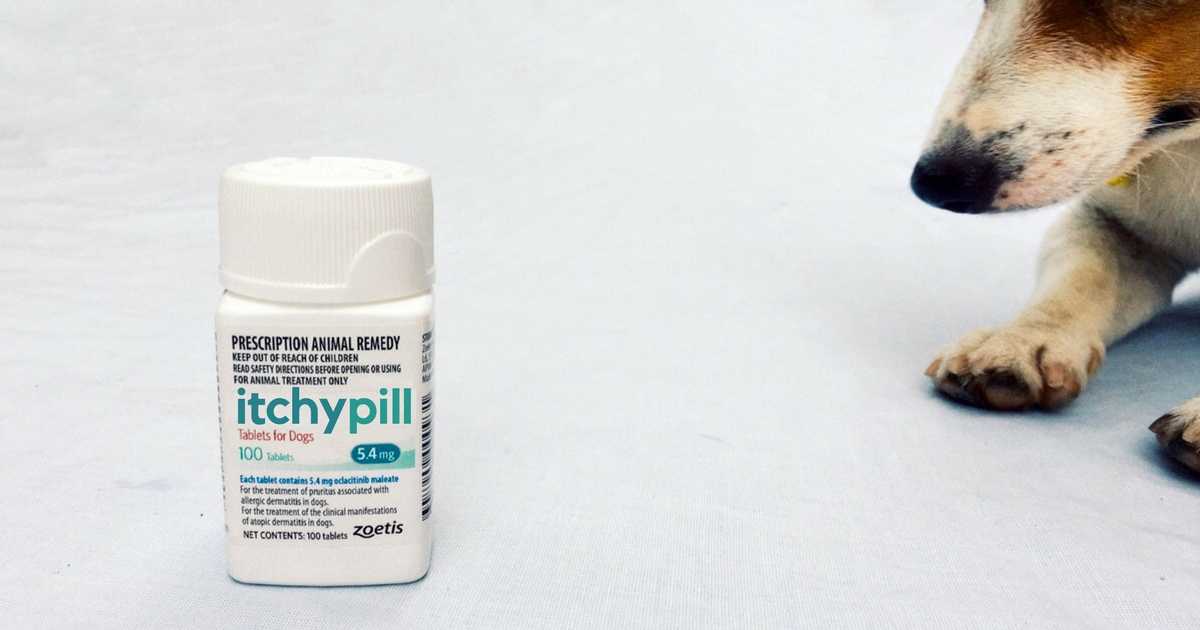 I have never seen a drug either so hyped or so demonised as Apoquel®.  If you have a dog that lives with itchy skin and allergies you’ve probably already heard of it. You might have heard of miraculous cures of long-suffering dogs. You might instead have heard of a drug too dangerous to trust.

I’m not here to defend Apoquel, and I’m not going to sell it to you. While it’s a good option for one cause of itching in dogs, it’s not a magic bullet. It’s not for every owner or every dog.

Like all new drugs, it gets a hammering online for safety concerns. Some would say, “if you throw enough mud, some of it sticks.” Others would say, “where there’s smoke there’s fire.” The truth lies somewhere in the middle.

What Apoquel Is For

Apoquel has been specifically developed to treat atopic dermatitis. That’s the common skin allergy of dogs in Adelaide. While Apoquel may work for other causes of itching in dogs, in my opinion it shouldn’t be used for them.

Conditions, such as fleas, mites, or food allergy should all get specific treatment. In our rush to treat dogs for dermatitis, we are in danger of forgetting this. If your dog is scratching, you need a diagnosis first.

Apoquel is the brand name of oclacitinib, a drug that inhibits enzymes which make inflammatory cytokines. These are some of the body’s messenger proteins that trigger the itching and inflammation of allergy.

Apoquel is extremely fast. I find that no matter how long a dog has suffered, the drug appears to have an effect as soon as it reaches the bloodstream. Let me tell you one outstanding story.

I saw patient X last year for a second opinion on her severe, long-term atopic dermatitis, the name we give to most skin allergies of dogs. I told her owners the vets had done everything that I would have done. The problem was, it wasn’t working.

This poor dog’s life had been one of constant itch, no matter what treatments were tried. The soundtrack to her owners’ lives was of constant scratching and nibbling, day and night. I said it was time for an Apoquel trial.

Her owners had read some of the horror stories, but everyone was desperate enough to try anything. With some trepidation, they gave the first dose with her dinner and sat down to watch TV.

An hour later they suddenly realised they hadn’t heard a thing from X, and turned to see her lying perfectly still. “She’s dead!” they cried and ran over to her in a panic. She looked up sleepily as if to say, “what’s all the fuss about?” Since then she’s barely itched again.

Is Apoquel a Wonder Drug???

Despite early success, Apoquel is no wonder drug:

Starting new drugs can be a bit like any new relationship. We tend to remember the positives and overlook the negatives. Only later do we look back with clearer eyes.

It sometimes takes time to learn about all the long-term consequences of any medication. So far, our experience has been generally positive. Of the 200+ dogs we have started on Apoquel, approximately two out of three had an excellent response, and of the other third, maybe half have had enough of an effect to make it worthwhile. One dog developed diarrhoea that required stopping the medication.

One of the excellent responders was my own dog, Loki. His skin had got bad enough that he often walked three-legged so he could scratch with the fourth. Evenings were spent nibbling at his legs. It’s tough to watch and he needed a radical change for the sake of his quality of life.

We called Apoquel his ‘itchy pill’. Like many other owners, we noticed that the effect wore off a few hours before the next dose was due. He would line up for it every morning, and within 30 minutes he wouldn’t scratch again until the following morning.

It was so effective that occasionally when he’d not stopped itching we discovered that he’d spat the tiny pill out on the floor. He had no visible adverse effects, and the only problem was the less than 24 hours of relief.

That’s why he’s now on a newer treatment called Cytopoint that you can read about here.

Reported Side Effects of Apoquel

Side effects that may occur are vomiting, diarrhoea, not eating, excessive thirst or appetite, or lethargy. Adverse skin changes may be itchiness, ear infections, skin infections or papillomas (warts). In particular, some dogs during drug trials developed deep skin infections on the feet.

Apoquel is, by design, immunosuppressive so we need to be careful that it doesn’t make infections worse. Similarly, some people suspect that it may lead to an increased rate of cancer, but there’s no evidence for this yet.

In fact, in 2020 a paper was published looking specifically at skin tumours in dogs on Apoquel. No difference was found between the 339 dogs being treated with oclacitinib and the 321 who weren’t.

You will also read online of many other adverse reactions that are reported to the FDA or APVMA. These should be interpreted with caution as they are illnesses that happened while the dogs were on Apoquel, not necessarily caused by it. It’s the old problem of correlation versus causation.

In our rush to use a novel therapy, we should never forget the things that have worked before. You can read about all the treatments for atopic dermatitis here. Even if your dog is being treated with prednisolone, I would not advise a change if it is working well without excessive side effects.

It’s even more important to remember that itching does not equal allergy. Atopy is only diagnosed after all the other causes of itch have been eliminated.

Personally, I think Apoquel is reasonably priced when compared with other costs of keeping atopic dogs comfortable. The three tablet sizes, 3.6mg, 5.4mg and 16mg are all similarly priced meaning bigger dogs are not greatly disadvantaged. I am told that my prices for Apoquel are comparable or slightly better than online prices.

I don’t think I’m allowed to state pharmaceutical prices online so let me just say that a whole tablet costs about the same as a bottle of spring water. Those owners whose dogs can fit into a half-tablet dose are the big winners. For these, I advise having a second bottle to fill with 10 or 20 tablets so that you don’t open the original bottle so often and let in airborne moisture.

To finish, here’s an idea of what dose of Apoquel your dog would need. It comes in three tablet sizes. Dogs start on a dose twice a day for two weeks, then once daily for the long term.

37 Replies to “Should My Itchy Dog Get Apoquel?”