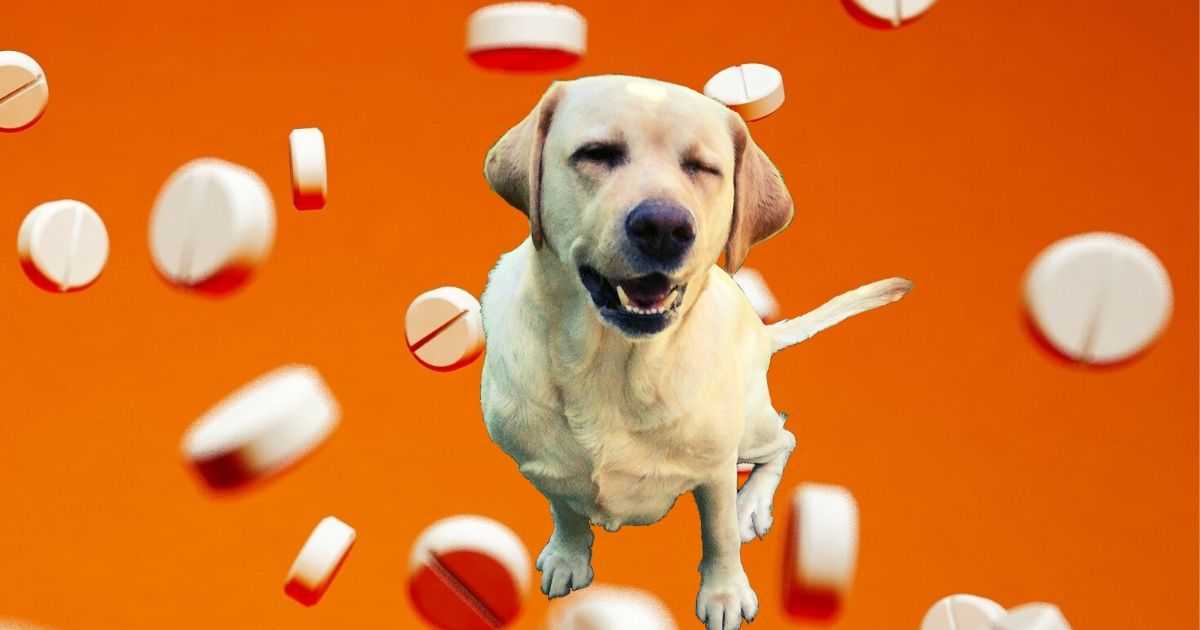 If you have an itchy dog, then you know how hard it can be. What would you say then if you were told that one of the most effective treatments is sometimes not offered to you? Or that other times it should never have been used.

Prednisolone is a problematic drug, and I understand why vets avoid it, but sometimes it’s just what’s needed. Amber, who’s pictured above is a perfect example.

Like many Labradors, Amber suffers from the common skin allergy of dogs we call atopic dermatitis. You can read about it here but her symptoms were a classic example:

When I first met her, she was a distressing case. At no time during her first exam did she stop either scratching her muzzle and ears, or biting her feet. It was incredibly difficult to concentrate and come up with any plan.

Fortunately I had already read her previous history. It was a litany of frequent visits to the vet. For example, at one point it said “owner has a constant battle with the ears”. To the owner’s credit, she kept it up when many others would have given up or run out of money.

Amber’s problem was continuous, and she needed a continuous solution. At the first visit, I treated her secondary ear and skin infections, with a promise of a longer term approach once they were fixed.

Apart from a vomiting episode that we put down to the antibiotics, everything went like a dream.

At the second visit, she was improving well. We discussed the treatment options, and the owner elected to use prednisolone. At the third visit, she was back to playing at home, and only scratching two or three times a day.

I saw her the other day for a routine check. It’s now 12 months and she’s never needed to see a vet for her skin since.

When To Use Prednisolone

Prednisolone is certainly not a wonder drug. I’ve deliberately chosen a perfect example to show you what it can do, but Amber’s not typical.

Prednisolone has significant side effects that you can read about here. For probably two thirds of dogs that we try it on, we can never get the dose low enough to make these acceptably mild.

Without these the required dose would have been too high. But even with them it stays too high for most dogs.

Prednisolone is one of at least four long-term, systemic medications for atopic dermatitis. How do you choose? Have a look at my dodgy diagram.

For Amber, prednisolone nicely ticks all three requirements off. However, most other drugs can be placed somewhere in the triangle. Where they go depends on the drug, the patient and the vet.

There is usually a trade-off between price, safety and efficacy. I’ll make some general comments about each of the four. You can read more by following the links.

Cytopoint is clearly the safest option, and probably the most effective. However, as a monthly injection, it’s also the most expensive.

Apoquel is usually cheaper but also expensive. We see side effects in a few dogs, and it doesn’t always work quite as well. However it’s still an excellent drug.

Atopica is not a common choice any more as it’s about the same cost, but seems to have more side effects. However, it still has a place on occasions.

Prednisolone is very cheap, but has lower efficacy and very low safety.

How Long Can A Dog Stay On Prednisone?

Whether a dog can stay on prednisolone depends on the response over time. All dogs need close monitoring, and six-monthly blood testing is ideal.

Reasons for stopping prednisolone include worsening side effects, worsening skin disease (especially in young adults) or failure of the owner to attend follow up appointments.

For the lucky few like Amber, there’s no reason to think that she won’t be on it for life. Prednisolone is badly flawed, but dogs like her show why it should always be among our options.

In the end it’s all about quality of life.

4 Replies to “Should My Itchy Dog Get Prednisolone?”