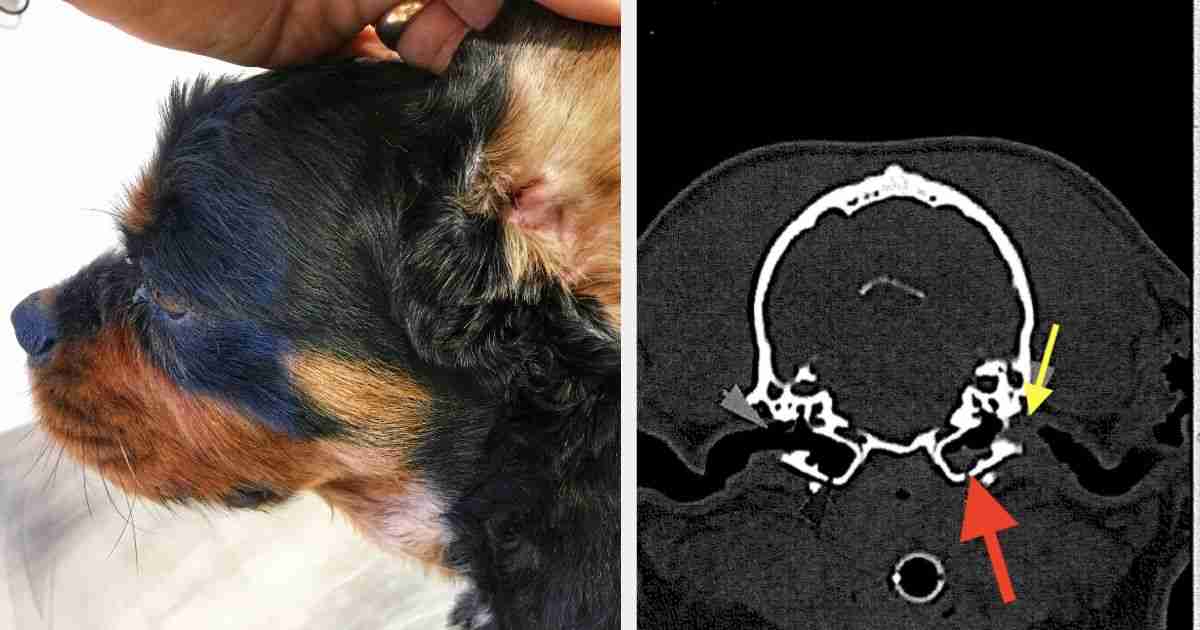 Remember Fred? Not long ago I told you how he was stolen and recovered 18 months later. This is the story of what happened next.

His path led to a specialist and a procedure called TECA that increasing numbers of dogs are getting. If you have a dog prone to ear infections, you should read this. Not just so you know it’s there if you need it, but also so you can avoid it.

What Is a TECA?

TECA stands for Total Ear Canal Ablation, the surgical removal of the entire ear canal. It’s usually paired with Bulla Osteotomy, which is the opening and cleaning up of the middle ear.

TECA is a drastic solution to a drastic problem. It’s what we do when all else is lost. But that doesn’t mean it’s a bad. In fact, quite the opposite.

My strong position is that far too few dogs that need TECA ever get the chance.

Dog who need TECA are those whose ears cannot be fixed in any other way.

First are what we sometimes call ‘end stage’ ears. These are external ear canals that have closed due to chronic swelling or thickening of the lining, and occasionally polyps. An old name for this was ear canker. Infections in these ears cannot easily be removed, and come back quickly.

Then there are the dogs with ear drum rupture and middle or inner ear infection. A good clue is the presence of vestibular signs. These are:

But even these don’t normally need TECA if the infection is treated quickly and thoroughly. Surgery is required when the infection has caused secondary changes that make it impossible to remove with medication alone. Read the other causes of vestibular signs here.

Finally there are the dogs who do not allow ear treatment, such that there is no other way to resolve an ear infection. We will always try repeated sedation and long-acting gels first, but it isn’t always possible or successful. Then it’s a choice between two imperfect outcomes: continuous pain, or radical surgery.

There are plenty of other occasions when an owner does everything right and it still leads to TECA. Here are just two examples:

These dogs are unfixable and in pain until surgery. In Fred’s case, like the rescue dog, time was the enemy. By the time he was found, the standard treatments for ear infections no longer worked. The sheer amount of time he’d suffered made it almost inevitable.

If you look at his CT scan at the start, the red arrow shows solid material inside his middle ear and the yellow arrow shows how his horizontal ear canal is completely closed.

A Review Of TECA

Here’s what to know before considering TECA surgery for your dog.

If you have a dog who might benefit from TECA surgery, talk to your vet about it. Ear infections are common and frustrating, but there are still other options, like referral to a veterinary dermatologist.

Then there are some dogs I see for second opinions who I immediately refer for surgical evaluation. That’s because everything else has been tried, failed, and the dog is still in pain. In the end, that’s what it’s all about.