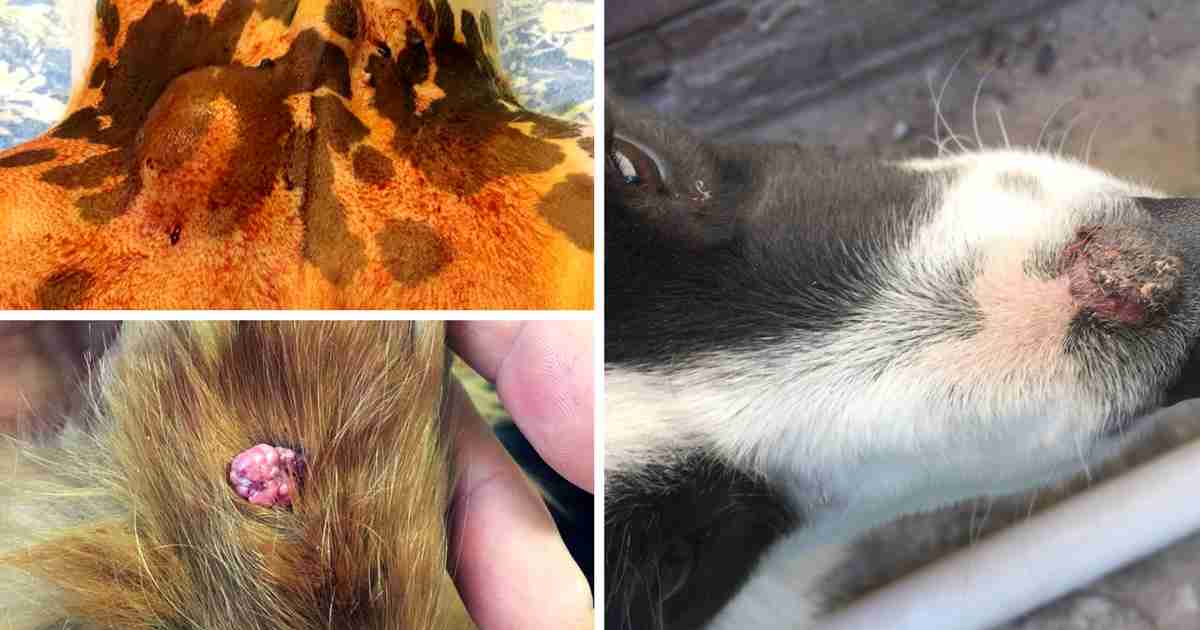 See also: Common Mouth Lumps Of Dogs, Skin Cancer in Dogs and A Lump Below The Eye

How we tell: a fine needle aspiration (FNA) gives a clear answer. Never assume a lump is a lipoma unless your vet has done this first.

See pictures of lipomas and similar lumps under the skin here.

What they are: multiple small lumps often on the face and head of young dogs. Just like in humans, warts are caused by a papillomavirus; dogs that get them often go to dog parks or day care.

Here are a group of warts on the ear and side of the head. See also: pictures of dog warts in the mouth.

What they are: fast-growing, pink button-like lumps which can be well-behaved or very aggressive. They can also look like the sarcoma above. MCTs have a reputation for recurring following incomplete removal.

Treatment: should always be removed with a margin depending on the ‘grade’ or severity. Read here about new treatments for mast cell tumours.

What they are: fast-growing, pink button-like lumps that look identical to mast cell tumours when small. However, they are usually found in dogs under a year of age and will often stop growing and shrink all by themselves.

How we tell: a fine needle aspiration is helpful, as is the age of the dog.

Treatment: If the lump starts shrinking in 2 weeks, no treatment is necessary. Otherwise, we often remove these just to be sure.

Note: Comments are now closed but you should find all the common questions answered if you scroll through them! I apologise that I’m unable to comment further on animals which we can’t see personally in the clinic.