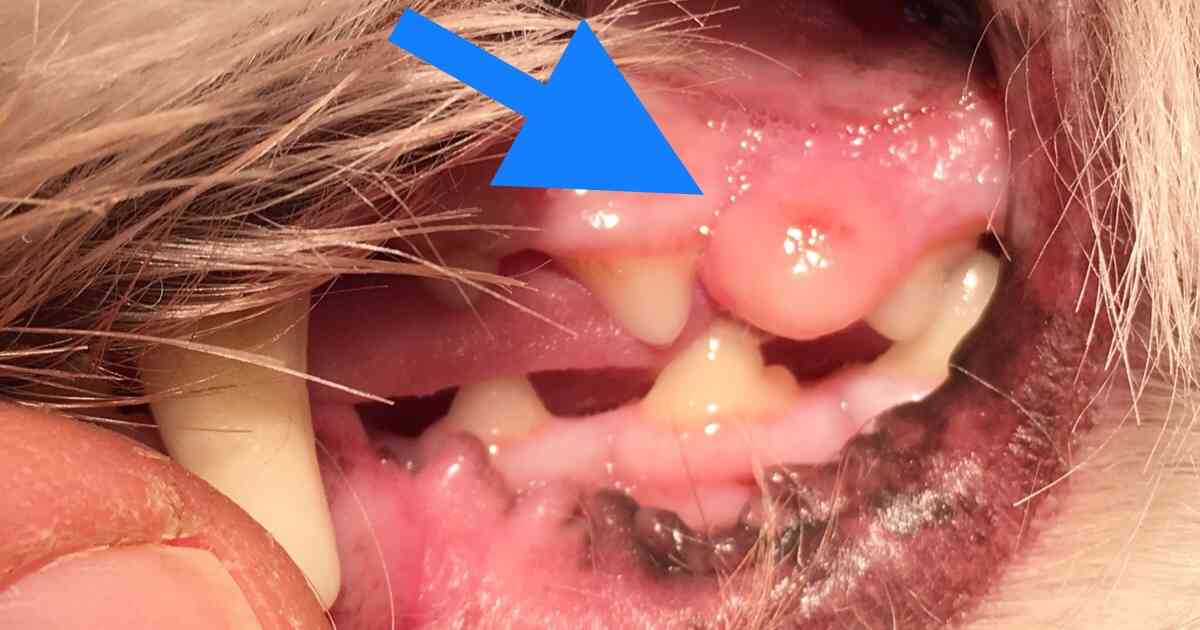 When A Dog Has A Mouth Lump

If you bring your dog to the vet for a lump in the mouth. you might get a surprise. Your vet’s relaxed, ‘let’s keep this under observation’ attitude is likely to change.

We’ve all seen too many dogs die of oral cancer. So although it might be benign, take your vet’s advice if they ask you to act quickly. Mouth lumps can be very, very nasty.

Good news first. The most common mass is the least harmful.

Epulis (pronounced eh-pooliss) is the most common lump in the mouth of dogs. It’s a benign overgrowth of the gums, not involving the bone. It usually looks just like the pictures above or below.

We see epulides a lot in older dogs, especially with bad periodontal disease. And Boxers. Have a look in any older Boxer’s mouth and you should see plenty.

An epulis can still be harmful though:

The dog pictured above is a good example. Ted is young, has excellent dental care (raw bones!) and isn’t a typical breed. Therefore, I biopsied this mass for analysis and it turned out it wasn’t an epulis at all! See what it really was later.

Young dogs that socialise a lot often pick up papillomavirus and end up with warts on the head and in the mouth. Here’s a good example. The clue should be finding others elsewhere and the history. In this case, it was solitary so I biopsied it to be sure.

The one below has a more classic appearance.

Next most likely are the ones we fear. These are especially common in older dogs. Early on they can just look like the picture at the start. However, they invade bone quickly.

Below are the results of attempting to surgically remove these lumps. As you can see, getting an accurate identification is the key to knowing what to do. Melanoma and osteosarcoma are usually not curable. Ameloblastoma, which often looks the same, has an excellent outlook. That’s why we will start with a biopsy, where we send a small piece away for analysis.

Ted’s tumour, by the way, was an ameloblastoma. It has an excellent prognosis but needs extra surgery to remove it completely. The speed with which his owners got him checked means that it shouldn’t be too disfiguring.

There are many other, rarer tumours of the mouth of dogs, too numerous to mention. However, I’ve included all the examples seen over a 25 year career.

Pictured is also the incisive papilla found on a dog’s hard palate just behind the upper incisors- this is normal.

If the prognosis is good enough, we will recommend you to see a specialist surgeon. Removal usually also involves some of the jaw, but you’d be surprised how well they do afterwards.

There is no doubt that the chances of survival for any of these tumours will go up the earlier they are treated.

So if you see a lump, should you be like Ted’s owner? He could have ended up with a result that says there’s nothing to worry about. That might seem like a waste of money.

It wasn’t. Early intervention has made his lump curable. If we’d waited, that could have no longer been true.

6 Replies to “Help! My Dog Has A Mouth Lump”