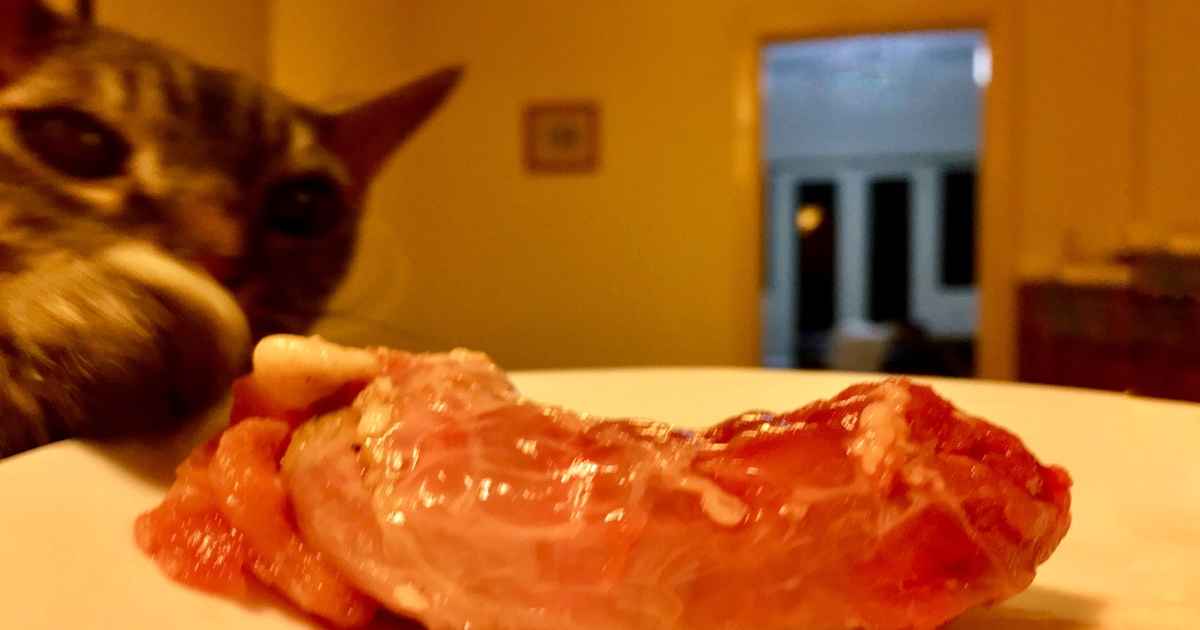 Let me tell you a story that shows what we’re up against.

I met a very perplexed feral cat researcher recently. In his study area the cats generally hunt and eat one common mammal. However, suddenly the population of that species crashed.

There were lots of other tasty critters still hopping around, some of which look nearly the same. Despite this, the cats began to starve.

Unbelievable as this was to the researcher, it didn’t surprise me at all. The cats just wouldn’t switch to a new, unfamiliar prey. This is why “keep trying, he won’t starve himself” is something I only say to a dog owner.

Although incredibly frustrating, there are good reasons why cats do this.

The food preferences of wild cats are mostly decided when they are kittens. Even before they eat solids, the foods their mother eats influence them through the milk. Then, the prey items brought home show them what their diet should be.

Why? Cats are highly specialised hunters. They can’t just eat anything and expect to survive (like dogs!)

This means that the foods chosen for a kitten are the most important for life. However, if you need to change an adult cat’s diet, don’t despair. It can be done!

This article is really about changing to any new food, but I’m going to focus on feeding chicken necks. That’s because I see so many cats who would be healthier if only they could make the switch. So before I help you change, it’s worth explaining why.

However, nothing is ever perfect, and no decision is black and white.

Here are some possible risks:

Assuming you’re still interested, the tricky part is yet to come…

How To Get Cats To Eat Raw Chicken Necks

The reason chicken necks are so hard to feed is that they are so different. The texture and taste of processed foods are nothing like a raw piece of meat and bone.

If you’re starting with a kitten, you shouldn’t find it too hard. I still suggest following the advice below, but it’s really the adult cats who are the challenge.

One trick found by one of our clients (thanks Lily!) is to freshen them up by rinsing in warm water before serving.

Chicken necks are cheap and nearly always available right where you buy your other chicken cuts. That’s where I want you to get them. You might just need to ask, as they usually aren’t on display. Once you see them, you’ll realise why!

The picture shows how I package and store chicken necks. Before freezing I put two into each bag (ex- fruit and veg bags) and defrost one every second day.

Be extremely careful never to feed an even-slightly-off neck. If there’s any doubt, chuck it out. I won’t use them past two days if refrigerated, but I still sniff each one first. Yuk.

Do It In Stages

Some ideas to get your cat accustomed to such a radically new food are:

If any of these strategies works, you’re over the biggest hurdle. Now very gradually in tiny steps move towards the food becoming a whole, raw chicken neck.

Repeated exposure to a food increases the chances of a cat trying it. I want you to persist for at least a month, each morning offering a new neck, then throwing it away each afternoon.

It’s a good idea to reduce your cat’s other foods, but not starve them either, and a great time to start meal feeding your cat. However, please check with your vet that it’s safe to do so.

I’ve done this with an adult cat I rescued. After a week the neck started being moved, then after another week there were nibbles, but it wasn’t until the next week she actually ate any.

Once you get your cat eating necks, don’t ever stop. That cat I just told you about is a good example. Later in life she spent a year not being fed necks and she would never eat them again. This even happens with kittens who started on chicken necks early.

So I’m clearly in favour of raw chicken necks for cats. However, I won’t ever pressure someone to feed their cat a certain way just because I do it.

After all, it’s very easy to feed a cat properly without ever using raw chicken bones. For these cats I recommend using the several excellent cat dental diets as their main food.

But, like me, you might just get to love feeding chicken necks to your cat. Despite the horror movie noises, it’s great to see them enjoy something so much. For Grendel, as an indoor cat who’s always got his eye on the door, it’s the only thing he’ll choose over freedom.

Related: Why Raw Chicken Is Not Safe For Dogs | A Natural, Balanced Cat Diet

37 Replies to “Getting Cats To Eat Raw Chicken Necks”