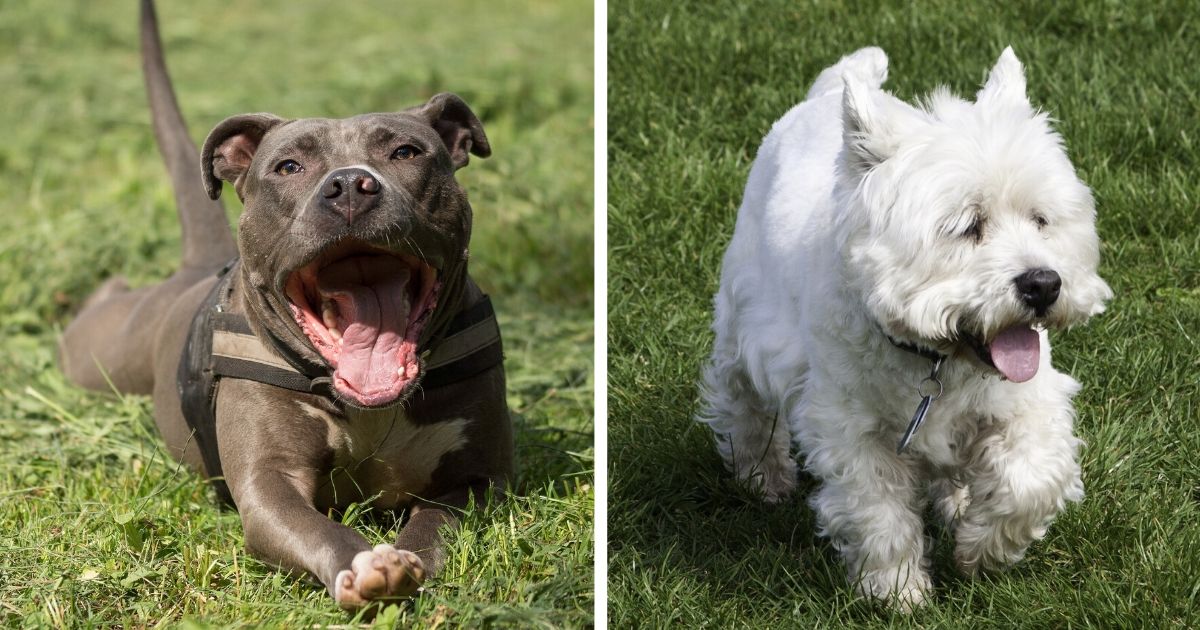 My ear is always on the dog park and recently I heard something intriguing. The owner of a blue French Bulldog told me she had several people come up to give her the same unsolicited advice:

I have heard this said about white dogs in the past, but blue was new. But never being one to assume hearsay is wrong, I did a bit of research. I looked at papers which studied the risk factors for dermatitis in dogs.

Like in all these stories, there’s a grain of truth. So let’s dig it out.

Do Blue Dogs Get Skin Problems?

Firstly, if we’re talking about the most common and troublesome skin disease of dogs, the answer is no. Atopic dermatitis, the skin allergy I see all day every day, is no more common in any blue dog.

Since this is what people seem to be talking about in the dog parks, owners of blue dogs can relax. But where has the idea come from? There are two answers:

Firstly, just think about the common dog breeds with a blue coat colour: French Bulldogs and Staffies. I would estimate that members of these breeds have a 50% risk of suffering from atopic dermatitis. So both being blue and being itchy are breed-related, one doesn’t cause the other.

This mistake is even made in supposedly good science, like saying tortoiseshell cats are more likely to be aggressive. The confounding factor here is gender, and you can follow the link to learn more.

Secondly, the grain of truth is that there is a skin disease of blue dogs. It’s called Colour Dilution Alopecia.

What Is Colour Dilution Alopecia?

Dogs with dilute coat colours, especially blue and fawn, are at risk of a genetic fault in hair growth. It starts between 6 months and 3 years of age, and causes the hair to gradually fall out. Sometimes, secondary bacterial infection can cause the skin to be itchy or scaly, but most of the time it’s only a cosmetic issue.

Colour dilution alopecia is seen mainly in blue Dobermans, but it has also been seen in Chow Chows, Whippets, Poodles, Great Danes, Chihuahuas and Dachshunds. No mention at all of Staffies and Frenchies.

It is a very rare genetic disease. Being blue or fawn may be a risk, but virtually all dogs of these colours are unaffected. In fact, it’s so rare that I’ve never seen it. But it’s probably behind the story that blue dogs get skin problems.

Now let’s get on to colour number two…

Do White Dogs Get Skin Problems?

It’s always been said that dogs with a white coat are more likely to get dermatitis. And just like the blue story, there’s a bit of myth and a bit of truth to it.

The truth appears to be in the Bull terrier. In this breed, it does appear that dogs with white hair coats are more likely to have atopic dermatitis. But even here, there are plenty of white Bullies without a problem.

So Are Dog Parks Full Of Myths?

No. The information that’s found at the dog park is nearly always a benefit to dogs and their owners. Yes, I’ve seen some cases of ‘thin-shaming‘ but mostly what’s being shared is going to lead to better dog care.

In fact, I really hope you keep bringing me these snippets. They not only keep me in the loop, they often highlight something worth knowing. And they aren’t always wrong, either.

Sometimes I am. Just read Fact Check #2 and you’ll see what I mean.