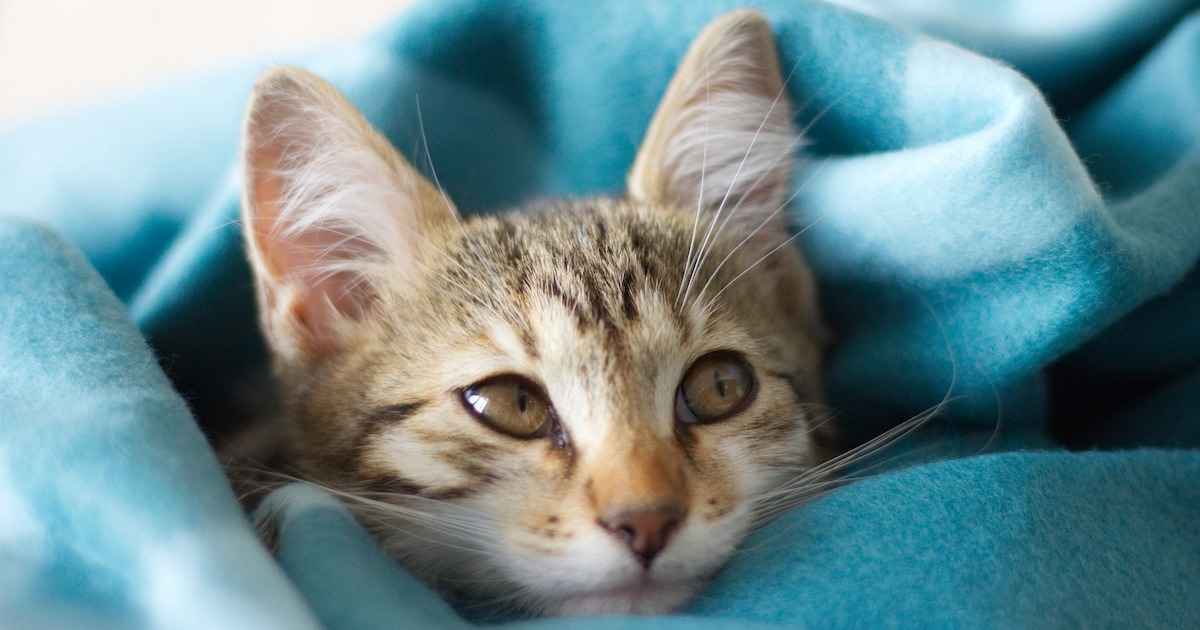 There is a very good reason why so many kittens come with sneezes, runny eyes or coughs. This is true whether a young kitten with continuous symptoms, or an older cat where the problem seems to get better and then come back.

Once you know it, a lot of other common cat illnesses start to make sense.

To understand the special nature of cat diseases, you need to look at how they began. So stick with me! What I’m about to discuss could be the most important health issue of cats.

The basic idea is simple: that all parts of nature, even bacteria and viruses, are governed by natural selection. The ones we’re talking about here are the harmful ones, which we call pathogens.

Just like animals, any pathogen will only pass on its genes if it can survive and reproduce. Therefore, it needs to adapt to its environment in order to spread itself the best.

If the environment is a cat’s body, it faces a challenge that human and canine pathogens do not: the semi-solitary lifestyle.

Infectious diseases of people and dogs jump around merrily from host to host because there’s always another new victim nearby. That’s why we both get diseases that don’t exist in cats, such as:

And the list could go on, nearly always of severe but short-term infections.

Cat diseases needed to be trickier to survive. They evolved back when cats might have been at a density of only one per square kilometre. Under these circumstances, the ‘fast burn’ of dog diseases would have fizzled out long before they found another host.

And there you have it: the asymptomatic carrier. A cat that looks OK, even feels OK, but carries and passes on pathogens to other cats.

Have a look at these diseases of cats carried by asymptomatic spreaders:

As you can see, nearly all of the important pathogens of cats are here. And I suspect there are others we haven’t found yet.

Take for example, this very common new kitten scenario. Tiger might be living the comfortable life of a middle-aged house cat, but he’s in for a shock. Within a week of a healthy new kitten arriving, he’s got a fever, won’t eat and stays curled up on the bed.

What’s he got? Most of the time it doesn’t appear on our tests, but it certainly came from the kitten, who never looked sick at all. Tiger will get better, but no one saw it coming.

Signs That A Cat Is A Carrier

Cats carrying a contagious disease might look perfectly fine, but here are some clues you could see:

In other words, anything. But often he or she might just as easily look perfectly healthy.

You can start to see why cats and kittens often come to you not right. Diseases adapted to spread well when cats are far apart will spread like crazy when cats are brought together.

This is probably why the neighbourhood stray has her kittens in the shed or under a bush, and rarely in the same place twice. There’s no chance of doing that if you’re a breeder or rescue shelter. The best you can do is reduce the problem.

Good breeders and shelters will attempt to minimise contact between cats, and identify resident carriers. Tests are available for every listed disease. However, I can tell you that some shelters and breeders clearly do better than others.

Now I also hope you can see why I’m so critical of some cat boarding. If cats are mixed, or even if they share a space without it being cleaned, they often come back with more than you bargained for.

The same goes for cat cafes. They can work fine if the resident group is stable, like the ones I saw in Japan. However, if there’s a coming and going of cats, disease is inevitable.

The worst of all are hoarders. These are the people that think they’re rescuing cats, but what they’re really doing is hoarding them, usually made worse by uncontrolled breeding. The cats in these dysfunctional groups have almost no chance.

But these criticisms aside, when I see kittens from a shelter or breeder with runny eyes or sneezing, I hold my tongue. I want you to know it’s not ‘dust’ or ‘allergy’ but I don’t want you to blame them. I see these diseases as the price we pay for adopting any cats that aren’t strays.

I just want you to know because usually there’s something we can do to help.

Whether or not kittens with sneezing and runny eyes can be treated depends on which pathogen is the ultimate cause.

Bacterial causes have a strong chance of success. Chlamydia in cats is extremely common as a cause of chronic sneezing and weepy eyes, and this can usually be cured with a very long course of antibiotics.

Therefore, I usually start with four weeks of doxycycline, and even longer if I get a good response. Ideally I will do a respiratory PCR test first, but as this does not always identify the cause it’s optional.

Viral causes either get better by themselves or remain present for life. Symptoms should settle down with time if a cat’s health is otherwise looked after. It’s certainly annoying when I can’t get rid of the symptoms, but it’s not the end of the world. These kittens still live long and happy lives.