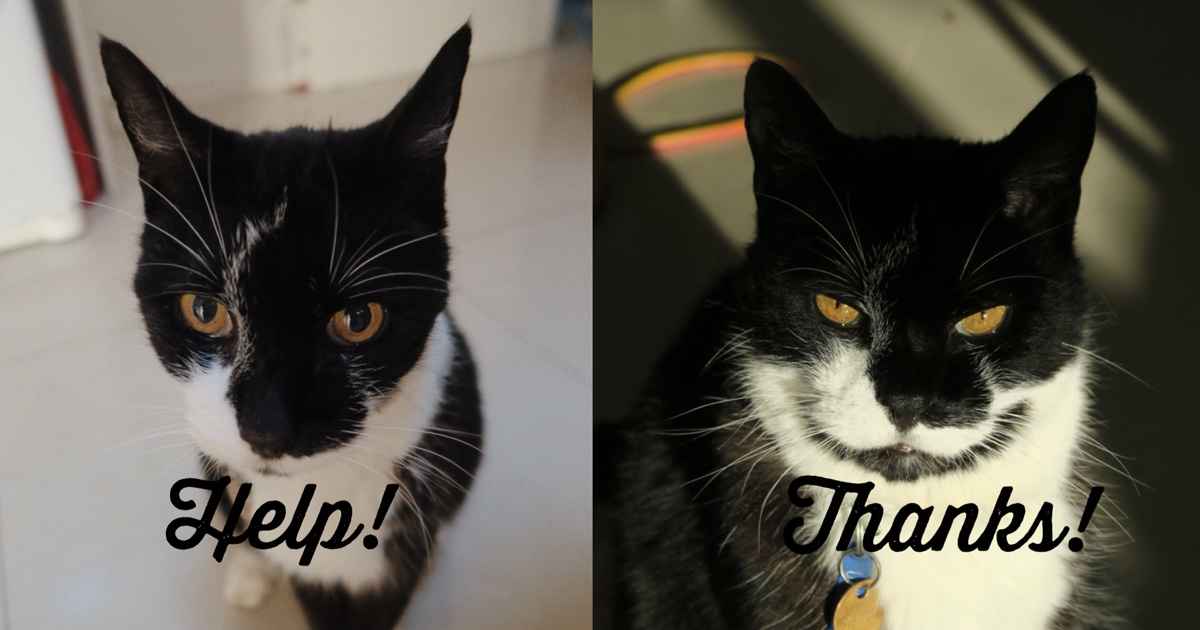 The picture above shows Bingo, a cat from our clinic before and after treatment. I need all cat owners to know the warning signs of this insidious disease.

You are looking at one of the top three diseases of older cats. Without treatment, it causes significant health problems leading to early death. I would say that when you compare the pictures, it’s obvious. Yet it’s still missed all the time.

Why Don’t We See It?

To answer this, have a look at a photo that now only shows two cats before treatment. Suddenly it’s not obvious at all, is it? These cats are suffering from hyperthyroidism but both of them were only diagnosed on a routine annual health check. That’s no criticism of their owners; in fact, it’s a testament to the power of getting ‘just a checkup’.

Wait until you hear the veterinary story. Until the 1980s this disease wasn’t being recognised by a lot of vets either. It’s still a subject of intense debate; many of these vets swear that they couldn’t have been overlooking it. To these vets, it appeared out of nowhere and it’s possible they are right.

However, I think the real reason they missed it is ‘pattern recognition’, and that’s why I’m writing this blog. Without a recognised pattern, the signs of this disease hide in plain sight among all the other diseases of old cats. Then once you see it, it’s so obvious you wonder how you didn’t see it before.

Two other examples spring to mind.

The curious thing is that this observation may be only the tip of the iceberg. It’s been known for a long time that vets are no better than flipping a coin in knowing whether a cat is in pain (read here how I work out if cats are in pain). But a recent study using facial landmarks showed us a possible way forward. You can read this study here.

In essence, what they did was measure distances between a range of facial features to read a cat’s facial expression, and showed that it could do a lot better than a human at recognising pain: in fact 98% versus 13%. Those who know me know how often I say “everything will change the day we invent a reliable test for pain”. Could this be it?

The most obvious signs of cats with excessive thyroid hormone are usually a combination of:

It’s important to point out that I say here isn’t ‘textbook’ science but only my personal experience. It’s also vital that any suspicion taken just from appearance is confirmed by a blood test. You can read more about the symptoms, testing and treatment of hyperthyroidism here.

Why Do Thyroid Cats Look Different?

I think the facial shape changes in hyperthyroid cats are due to:

In other words, I think that it’s a combination of physical and behavioural changes that create the clinical picture I see. That leads to the biggest message of most of my cat blogs: cats don’t tell us how they feel.

I have no doubt life is a lot less fun for a hyperthyroid cat. Just have a look at the two photos at the start, both kindly taken at home by Bingo’s owners. Try telling any cat owner the ‘after’ photo isn’t the happy one!