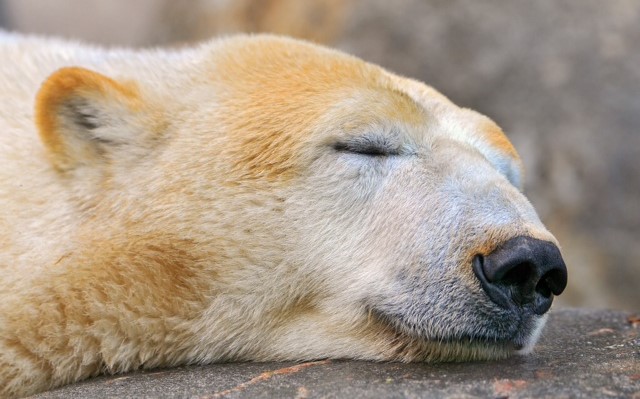 Have you ever had this zoo experience? It takes a careful and patient observer. You’re enjoying watching an animal moving around their exhibit (after all, many animals are asleep or aren’t even visible) when suddenly you realise “hang on, this animal is doing exactly the same thing over and over again”?

This is stereotypic behaviour and it’s the bane of every zoo. Here’s the polar bear at Seaworld on the Gold Coast in 2007 who would do this for hours on end.

Stereotypic behaviour is a form of Obsessive Compulsive Behaviour or OCD. It can be a real problem in dogs, and below you’ll see videos of two of our patients. Every puppy owner should be alert to the causes, signs and what to do if it starts. Once it becomes a habit, it’s very hard to stop, even with the best advice.

What are Compulsive Behaviours?

These are a series of movements performed in a repeated, exaggerated, ritualistic and sustained manner with no obvious purpose.

We mainly see them in dogs. They include:

All these behaviours can be normal in small amounts. They become a problem when they start interfering with a dog’s normal functioning.

What causes OCD in dogs?

Above all, don’t feel you are to blame. Most of the time compulsive behaviours occur in well-cared for dogs.

Once these behaviours start, they usually worsen and happen in more situations than just to the original cause. The owner giving attention to the behaviour may accidentally make it worse but it’s not really an attention-seeking behaviour.

How Do I Stop My Dog From Tail Chasing?

This applies to all compulsive behaviours.

So what happened with the three animals in the videos?

The Staffordshire Bull Terrier has seen a behaviour specialist and his owner has a greater understanding of how to manage the problem.

The Border Collie is a puppy just starting the shadow chasing and we think he’ll do well if we refer him quickly.

The polar bear certainly improved. I can’t say exactly why but if you look for later videos you’ll often see other objects being played with. These are examples of environmental enrichment and are a big part of tackling the boredom and frustration probably felt by these intelligent animals in captivity.