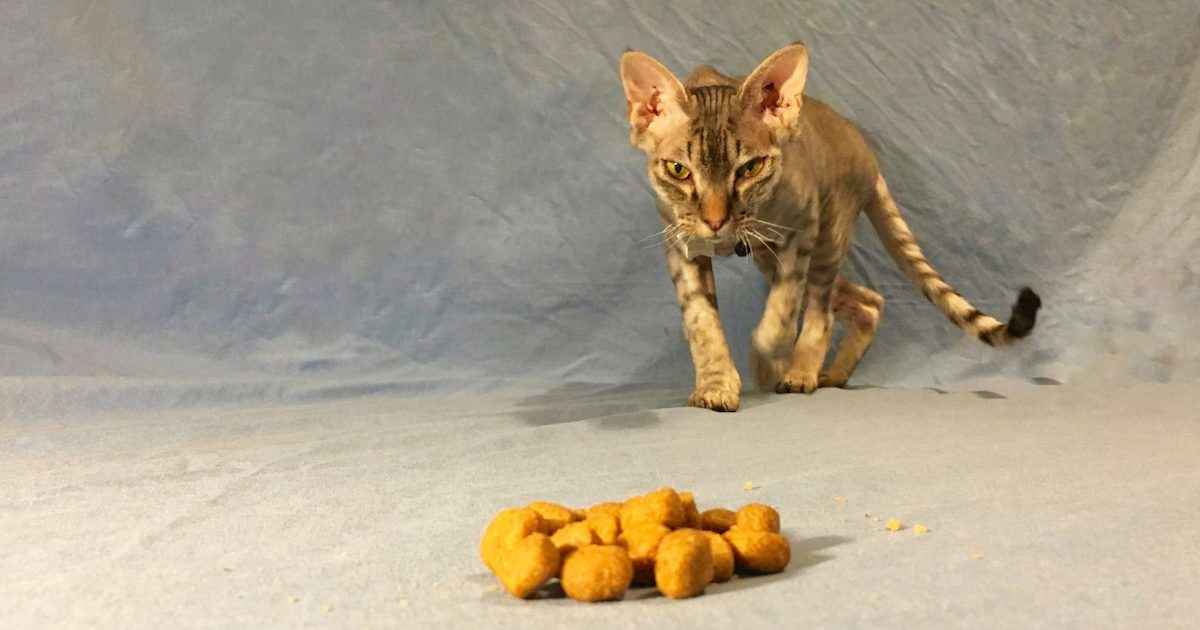 ‘At A Glance (Details Below)’ Quick Care Guide

How To Get A Cat To Eat

Getting a sick cat to start eating, or convincing a cat to try a new food is a problem most of us will face. Like Cleo’s owners did.

A few weeks ago, Cleo had a sudden turn and ended up at the emergency centre. She was falling over, wobbly, her pupils were the wrong size. Like most unwell cats, she’d also stopped eating and drinking.

The emergency care was good, but it wasn’t easy to see what was wrong. She came to us the next day, and we equally weren’t able to see the cause, but we took blood tests and tried some simple treatments that often help

In her case, she didn’t improve and by the next day she was in our hospital on a drip receiving supportive care. We had by this time decided that her signs most closely resembled a stroke, or cerebrovascular accident.

After 24 hours, Cleo’s signs had improved, but she was hating her time in hospital and becoming very stressed. We felt that her best interests now lay in being sent home for intensive TLC.

By now, she was drinking by herself; the only problem was, she still wasn’t eating. We wondered if she’d be better off by now at home where she was less stressed. She was sent home on trial, by no means out of danger. Read more about her later.

Unlike dogs, cats aren’t adapted to periods of starvation, and can get even sicker if they don’t eat. They also aren’t as motivated by food.

What if a cat needs to change foods?

So let’s talk about sick cats in more detail.

How To Get A Cat To Eat

If a cat isn’t eating, there’s always something wrong. If Cleo hadn’t had veterinary care, she would certainly not have survived.

I’m amazed how often I’m asked about getting a cat to eat that I haven’t seen. I always say the same thing:
Attend to the problem that’s making your cat not want to eat first.

Mostly, they are sick with a serious illness. Sometimes it’s psychological, such as anxiety, but that doesn’t make it any less urgent.

What Causes A Cat To Stop Eating?

As soon as a cat gets sick, they usually go off their food. Common causes include:

Start with a vet check and treat whatever is causing the poor appetite. Then follow these special tricks to get cats eating.

Use The Right Food

Have you noticed how cats generally prefer to eat exactly the same food every day? It isn’t that it’s the tastiest food, it’s that it’s the food they are most familiar with.

Most cats don’t like novelty, and it only gets worse when a cat is feeling sick. The best food to feed your sick cat is almost always the same food you are already using.

Of course, there are tricks:

Just like Cleo, stress in cats will switch off the appetite. That’s why we moved her to our isolation ward, but she was still too stressed to eat. We often send cats home quite early if we can see this happening.

The same thing applies at home though. Make sure that your cat is in his or her favourite place and that there are no obvious stressors. For example, although some like the company, many sick cats prefer not to be bothered by other cats, dogs or children.

I can’t state this strongly enough. TLC can be the difference between life and death for a sick cat.

Most cat owners already know the best trick to get a sick cat to eat. We pat them. In our hospital, a nurse or even a work experience student sits with them and pats them just how they like it. It’s amazing how often they will then get up and go to their food.

If they don’t, hand-feeding small tidbits often works or getting them to lick moist food from your fingers.

You’ll find that you need to do this very frequently at first. By all means leave out a few of their favourite biscuits if they want to nibble but keep trying a variety of types and textures of food. It’s best to remove these after each offering and use a fresh batch next time.

Food aversion is when a cat develops a particular dislike to a certain food.

By all means offer food frequently, but the key word is ‘offer’. No matter how frustrated you get, don’t try to put the food in your cats mouth. This is likely to lead to food aversions which only make matters worse. Fundamentally, your cat has to feel in control.

You may also find your cat develops a food aversion by associating their usual food with the sickness of nausea they feel. We are familiar with this in humans; I can’t enjoy lemonade simply because it was given to me when I was sick as a child, even though it wasn’t the cause.

How can you be sure your cat is eating enough?

We never recommend you leave food out in large amounts for cats: the food gets stale and you usually can’t tell for a few days if your cat stops eating. Read our guide to feeding cats for more information.

There is a reasonably effective appetite stimulant for cats, but it’s not something we want to use very often. These are a last resort, and without an integrated approach are no more than a sticking plaster over the problem. Before using an appetite stimulant, the cat needs to be:

For these reasons, I’m sorry that I won’t say the name or dose of the appetite stimulant we use. The drug is not registered for use in cats, and without veterinary supervision, appetite stimulants can be dangerous.

Her owners worked hard to provide her with her favourite foods, tried some new tasty options as well, and kept tempting her with small, frequent meals. They certainly made her as comfortable as they could and gave her lots of her favourite attention. To begin with it was very frustrating but slowly she started showing interest in the food.

We also had her on a new medication and prescribed her an appetite stimulant, which seemed to help.

We checked on her daily, and after three days she was looking for her food by herself and starting to gain weight. She’s doing well now.

Cleo’s case also shows how animals are sometimes treated without reaching a firm diagnosis. A referral opinion was offered, as in any uncertain cases, but it was also quite logical to treat her on the basis of general support given her likely illness.

She’s not out of danger yet, but we’re all glad we gave her a chance.