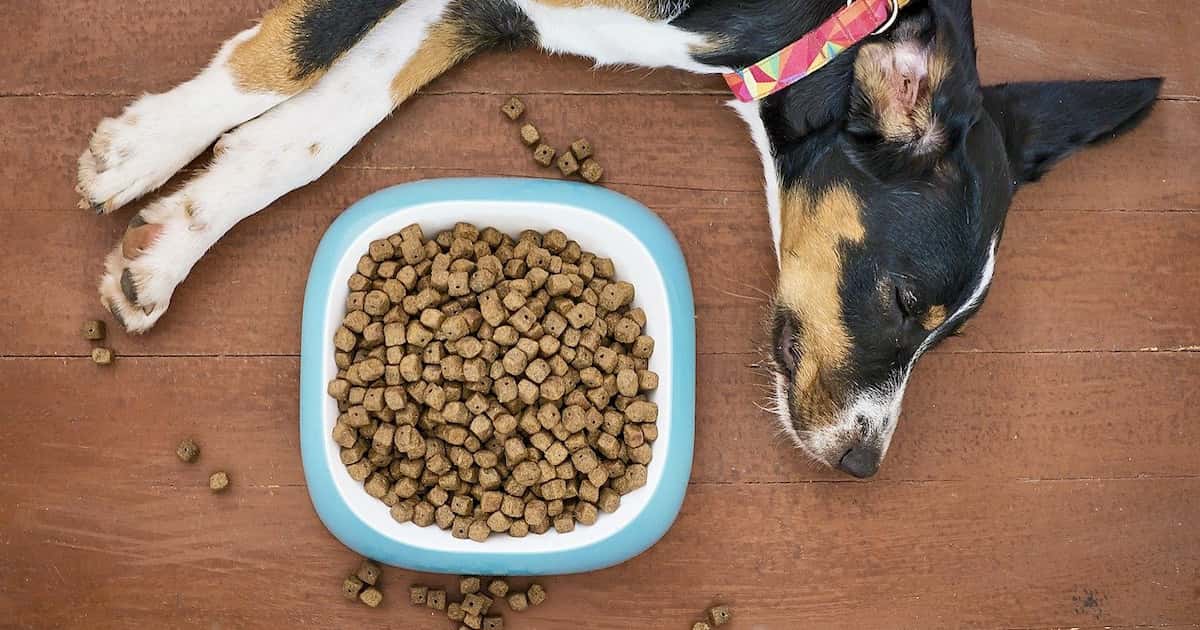 Update 2021: still no news on whether the findings of the Inquiry will ever make it into law.

Australia lacks any form of oversight regarding pet food safety or basic standards of hygiene or quality.

Australia also lacks any way to report faults in pet foods. Mistakes happen even with good brands, but attempts in the past by individual vets to highlight them have invariably led to threats of ruinous legal action against the vet involved.

I provided evidence at the public hearings into the safety of pet food on Tuesday the 28th of August, 2018 in Sydney. Here you can read my oral and written submissions.

I went there to put forward the demands of ordinary pet owners. You can be sure that industry was well-represented but what about you? We needed the opinions of ordinary consumers and average Australian pet owners.

Oral presentation to the inquiry

Earlier this year a dog named Millie was brought into my practice in Adelaide suffering from kidney failure. Our testing showed that she had Fanconi Syndrome, which is a disease that we now mostly see as a result of jerky treats like these.

It’s the existence of products like this that highlights where we stand at the moment. For a pet food to be successful, it doesn’t necessarily have to be safe.

Cases like Millie’s have been happening regularly across Australia since at least 2007 to the point that we as vets only shrug and carry on.

The current state of pet food regulation means that there is nothing anyone can do to change it.

There’s no organisation to which I can report this adverse event in order to collect the data that would prove what’s happening.

Even if we prove it, there’s no way this product can be removed from sale without the agreement of the pet store and manufacturer.

Most importantly, there’s no way pet owners can be warned about products like these.

If I’m tempted to warn pet owners myself, I will be likely to face legal action. It’s happened to vets like me in the past over the same issue.

And this is only one example. Australia has had one of the least regulated pet food industries in the developed world, far behind the UK, Europe, USA, Japan and New Zealand.

We have an entirely trust-based system. Any one of us could start making pet food tomorrow and there would be no way of regulating how we make it or stopping us if needed

This fact shocks Australian pet owners. They expect pet food to be as safe as human food, and in fact, they usually just assume that it is. This inquiry is our best chance to meet their expectations. They aren’t going to do it themselves, but need our help.

The reason is clear. Manufactured pet food remains vital for the health of our pets. Most Australian pet food is already of a good standard. Effective regulation needs to support these manufacturers in making a high-quality product, not marginalise them.

I also want to debunk the myth of needing to know the cause before initiating a recall. The father of this science identified a water supply in London as the source of cholera 30 years before the cause was identified.

All we need is a statistical link between the food and the disease. We don’t need to know why.

If we don’t use science, we risk being prey to scaremongering and social media campaigns that will do untold damage to innocent companies.

In closing, I would like to summarise the six key planks of a successful regulatory framework

Reply to question from senators:

In this case, neurotoxins or induction of autoimmune disease would be in my opinion most likely to explain the Dermocare events.

Thank you for the opportunity to submit a response to the Senate inquiry. My particular interest as a community veterinarian is to act as an advocate for the average Australian pet owner.

I will address the terms of reference in the order they are presented.

All pet owners expect that pet food in Australia should be regulated in the same way as human foods. The use of an Australian Standard seems inconsistent with this goal.

I ask that the Australia New Zealand Food Standards Code (ANZFSC) be extended to cover pet foods. The equalisation of pet and human food standards would elevate Australia to a world leader in pet food safety from its current low position.

The pet food industry would have a valid concern over costs. To this, I would assert that the ANZFSC only mirrors the industry’s existing claims for safety. If costs were to affect the affordability of pet foods to all pet owners, then a compromise could be reached where AS5812:2017 could be the lower of a two-tier structure. The higher aim should always be to implement the ANZFSC for pet foods.

Specific benefits that would occur requiring no change in the codes include:

Suggested pet-specific amendments could be:

b.        the labelling and nutritional requirements for domestically manufactured pet food;

Current labelling requirements for food made or sold in Australia are wholly inadequate for pet safety. Ingredient lists are not legislated, and therefore voluntary and often incomplete. Preservatives and food treatments are commonly not declared. Changes must also apply to ‘treats’, ‘snacks’ and ‘supplements’.

Accurate labelling of ingredients can be easily implemented with minimal negative impact on reputable manufacturers and suppliers. As stated earlier, adoption of the rules governing labelling of foods for human consumption would resolve all outstanding concerns.

Existing guidelines on nutritional standards established by AAFCO appear to be acceptable, but require enforcement.

c.             the management, efficacy and promotion of the AVA-PFIAA administered PetFAST tracking system;

The PetFAST system is a well-intentioned response to earlier pet food safety problems. However, as it currently stands, it is ineffective in improving pet food safety. The reasons for this are:

An ideal monitoring body should:

d.        the feasibility of an independent body to regulate pet food standards, or an extension of Food Standards Australia New Zealand’s remit;

I believe that an extension of the remit of FSANZ is the most effective and practical solution but would support any workable proposal. See my comments regarding the Food Standards Code above.

It is essential that a successful recall framework allow reporting from all sectors of society and not be limited to veterinarians. The APVMA adverse event reporting system is a good example of public access.

Should such a regulator be established, I expect there will initially be a high demand for regulatory oversight in clearing the market of non-complying products. However, in the long term I expect it will follow the USA model where the presence of a watchdog organisation and effective legislation will cause most companies to initiate voluntary recalls before being mandated to do so. The observed ‘laissez faire’ safety culture in our pet food industry is also likely to undergo rapid change in the face of a watchdog with teeth.

PetFAST shows the deficiencies of a voluntary system. The creation of a mandatory system is essential both in raising standards, and encouraging manufacturers to be proactive in initiating their own voluntary recalls.

g.         comparisons with international approaches to the regulation of pet food; and

The Food and Drug Administration of the USA, while not perfect, represents the closest to a successful regulatory model, and administers frequent recalls. It is telling (as stated earlier) that most recalls appear to be voluntary. It is also telling to compare the rate of recalls in the USA with those in Australia (roughly one a week versus one every five years).

My knowledge of international regulation is limited to the influence of the USA system on Australia. An example of the system working well was melamine contamination of pet foods in 2007. This problem was likely worldwide but only detected and recalled in the USA. Australia then saw voluntary recalls of those same food brands recalled in the USA. Others that were not sold in the USA and therefore not subject to US regulation likely escaped detection.

The recent Advance Dermocare deaths and the ongoing chicken jerky poisonings in Australia, show the consequences of lacking a reporting or recall system. A properly functioning pet food regulation, monitoring and recall system will allow consumers to regain faith in the Australian pet food industry. Informed consumers are increasingly choosing foods manufactured in countries with better regulation, or attempting to make their own.

Despite the errors of the past, correctly formulated commercial pet foods remain the safest option for the vast majority of pet owners. It would be a disaster for animal health if the Senate inquiry led to the reputation of pet foods being damaged to the point that pet owners feel compelled to try to construct diets themselves.

Pet owners want the food they buy for their pets to be made with the same standards as their own food. One hopes that this, at last, is their opportunity to be heard.

2 Replies to “The Senate Pet Food Safety Inquiry & You”