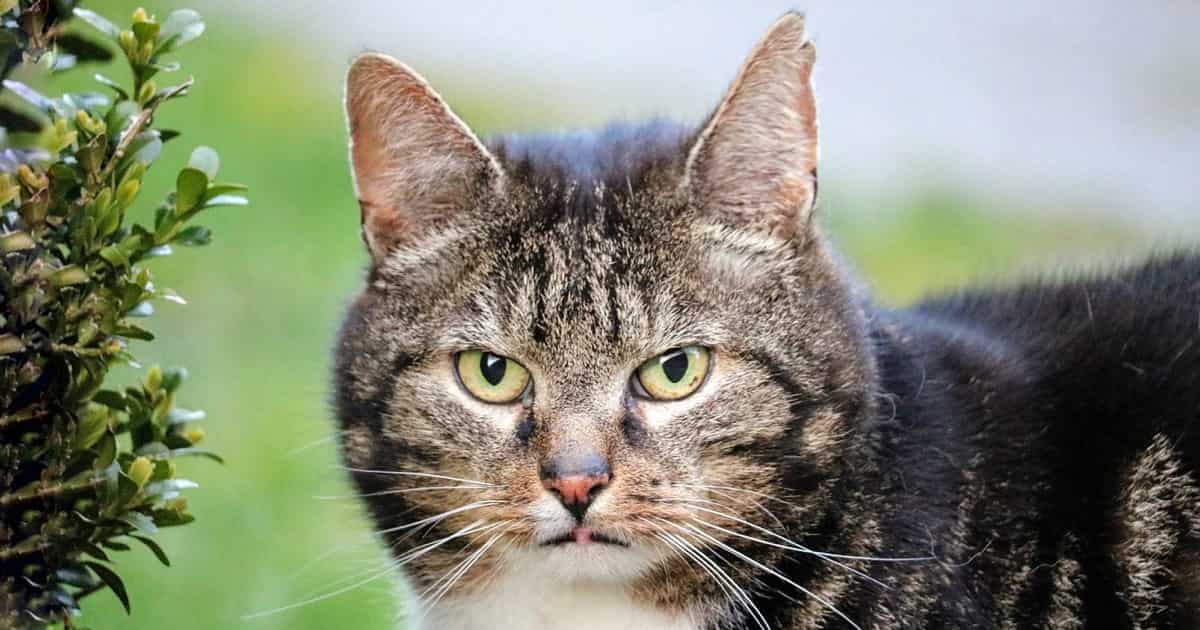 Driven by high levels of public approval, Australia is haphazardly but relentlessly moving towards greater containment of cats. I support cat curfews, and keep my own cat inside, but I still have concerns.

The big problem with cat laws in Australia is that they seem to be enacted by those who know the least about cats. It’s leading to unrealistic expectations and poor results.

I’ll discuss why that is in a minute, but to not sound negative I’ll start with the benefits of curfews.

Here are three good reasons. Keep reading to see why the first two aren’t as simple as they look.

I have neighbours who allow their cat to roam and hunt far from their property. I’m also a bird lover. It drives me crazy but there’s nothing I can do.

Urban cats are believed to kill an average of one wild animal every two days. Many of these in Australia will be introduced species like rats, mice, sparrows and turtledoves but local wildlife is just as much at risk.

The problem is acute where cats have access to native vegetation. Single cats have been repeatedly shown to be able to cause local extinctions. No cat should be allowed to roam into natural ecosystems.

The main reason that most Australians support cat confinement is the nuisance that roaming cats create in the suburbs. Nighttime caterwauling, urine spraying and using the yard as a toilet. This isn’t just unpleasant, it can also spread diseases like toxoplasmosis.

There’s no doubt that some of these cats are pets coming over the fence.

The main reason I keep my cat inside it that it’s good for him, even if he doesn’t agree. His personality means he’s obsessed by hunting, but also clearly at great risk of road trauma and cat fights. Both of these lead to early death.

It’s worth admitting here that I let my last cat outside during the day. She was a timid homebody who never strayed from the yard and showed no interest in hunting. Of course many owners say this, but how well do we really know our cats?

Evidence for the effectiveness of curfews is poor.

“Overall, councils with cat containment regulations have not been able to demonstrate any measurable reduction in cat complaints or cats wandering at large following the introduction of the regulations.”

A total of 33 cats and 23 kittens were brought into the RSPCA as strays from containment suburbs in 2016, compared with 20 cats and 24 kittens presented in 2015

Attendance to cat nuisance and related complaints continue to account for around 13% of Council’s animal management services. In 2000 we received 349 calls for assistance … and impounded 381 cats with 37 being reclaimed (in 1998, 264 cats were impounded in which only 14 were reclaimed by owners)

Anyone promoting cat curfews or containment needs to understand why they don’t work well on their own.

I want you to recognise the inherent assumption in the third quote above: “reclaimed”. This is the problem at the heart of the debate and you can find it everywhere. It goes right back to the myth that feral cats come from ‘dumped’ pets.

It’s time to show you something that most people can’t see. Look at the cat in this ABC article, and then at the picture at the top. What do you notice about the cats’ faces? Sort of wide or fat, aren’t they?

Once you get your eye in, you’ll see this everywhere (such as a recent question on our facial swelling page). This is the characteristic appearance of a tomcat: an adult, undesexed male. Not a cat any sensible person owns without desexing. That’s because these are the cats mostly responsible for roaming, cat fights and spraying foul-smelling urine.

Cat curfews do nothing to reduce these except make it easier to see they’re not owned.

There is a large and self-sustaining population of feral cats found throughout Australia. It’s true that it’s made worse by people feeding strays, but cats have essentially become Australian wildlife despite our best intentions. Any solution to roaming cats needs to include these, but it isn’t easy.

This explains why trapping is so unhelpful. Anyone who starts trapping cats finds that they keep coming back, just in different colours. One Adelaide resident in this article actually seems proud to have trapped over 30 cats in four years. Possibly she doesn’t realise that adult feral strays are often euthanased.

Cats can’t be trapped faster than they breed. That’s the realisation that most organisations come to eventually. You can read here of one local example.

What limits numbers is reducing their food sources and using the territoriality of existing cats occupying the space. Both will limit breeding success and prevent colonisation. This is just as true for urban possums.

Overnight cat containment may have very little effect on hunting behaviour. If you think about it, most native species in cities are birds, and these are generally active during the day.

Of course, curfews or containment should give some benefit, as long as we have realistic expectations. Certainly, where native mammals are present, overnight curfews should reduce kill rates substantially.

Cats Aren’t The Only Predators

I read a recent news story of an animal rescue shelter whose ducks were reportedly taken by a cat getting into their ‘fox proof enclosure’. This is problematic on two levels.

First, it underestimates foxes badly. Anywhere a cat can go, a fox can go too. Therefore, the enclosure wasn’t fox proof. I could write you a very long list of all the ingenious and acrobatic ways foxes have got into chicken coops. A gap bigger than 4 inches anywhere in or on an enclosure is fair game.

Second, cats don’t go for animals the size of ducks or chickens very often. Therefore, if you read reports of these animals been taken by cats, look for proof. Many urban residents live in denial that foxes are among us. That is, until they get chickens…

How We Can Do Better

Future containment bylaws will only satisfy all residents if they can achieve the following goals:

In closing, I will leave you with another quote from the 2018 RSPCA report.

Enforcement of containment regulations can prove difficult for various reasons including:

• difficulty of capturing cats in breach of containment regulations

• unrealistic community expectations in regard to enforcement and management

• the expense of proper monitoring and enforcement may be prohibitive and is likely to far exceed the benefit gained from limited cat containment regulations.

This doesn’t mean we shouldn’t do it. I for one can’t wait for the day when wildlife are safe on my property. But we should go into it with our eyes open.