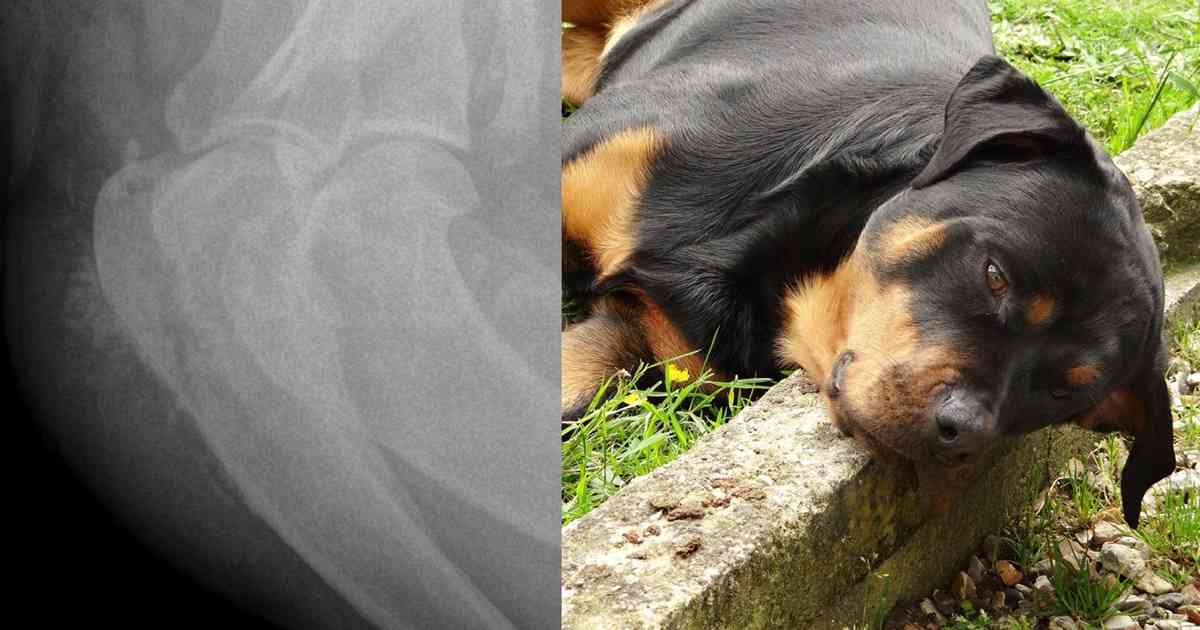 85% of bone cancer in dogs is a form called osteosarcoma. It’s a highly malignant and aggressive tumour, of which 75% is found in the legs of large and giant breed dogs. We suspect that tiny unseen fractures over life stimulate the cancer to grow, but we can’t be sure.

5 to 10% is a form called chondrosarcoma, which while still nasty, has a better prognosis. Then there are the rarer bone cancers and those that have spread to the bone from somewhere else.

Although all dogs can get it, breed is strongly associated with osteosarcoma. Here they are ranked in decreasing risk.

The rankings depend a bit on which study we use, but a general rule is the bigger the dog the higher the risk. This is also true within breeds. Therefore, one of the best things you can do to reduce the risk is keep your dog on the skinny side.

Another risk factor is age. The highest risk is between 7 and 10 years old, making it one of the cancers that affects younger dogs.

Lastly, there’s desexing, which roughly doubles the risk. This is often used as a reason for not desexing your dog. However, it’s important to keep in mind two things:

The most common areas involved are the upper humerus near the shoulder, or the lower forearm near the wrist. We also see bone cancer in the hind legs, especially near the knee, and other areas too, even the mouth. Sometimes there’s also a visible swelling at the site.

We can usually make an adequate diagnosis from a single X-ray like the one pictured at the start. Bone cancer has a classic pattern of both destruction and disordered new bone formation.

However, there are two reasons why a biopsy is often a good idea.

In general, osteosarcoma has a terrible outlook. With pain relief alone, most dogs can only expect to live for 1 to 2 months.

With amputation of an affected limb, survival barely increases to 4 to 6 months. That’s because osteosarcoma is highly metastatic, and has almost always spread to the lungs before being discovered.

Chondrosarcoma is different. Prognosis depends on the grade of the tumour. With amputation or complete removal, 100% of dogs with Grade 1 tumours, two thirds of grade 2 and about half of grade 3 can expect to survive. Even if they don’t, disease free times are much longer.

Metastatic bone tumours from elsewhere in the body are always a very bad sign of a disease late in its course. These dogs are probably best euthanased before too long.

To Chemotherapy Or Not?

All this leads to the question: is chemotherapy justified for bone cancer?

For tumours of non-bone-origin, that answer will depend entirely on the type of tumour involved. As this is rare and there are too many to discuss, I’ll avoid this scenario.

Chondrosarcoma doesn’t appear to respond to chemotherapy, so if surgery doesn’t work, it’s best to do no more than provide pain relief.

For osteosarcoma, survival times for amputation plus chemotherapy sit around a median of one year. That means some dogs will get less, and others more, very rarely up to two years.

When making decisions on chemotherapy it’s important to avoid wishful thinking and use the median (middle) number. Up to now, I’ve not considered this good enough to justify the intervention. However, this is a rapidly evolving field, and I am starting to recommend referral to an animal cancer specialist for selected dogs.

Osteosarcoma and chondrosarcoma are extremely painful but you can’t expect your dog to tell you. For most dogs, it’s all about keeping their quality of life acceptable. That means pain control.

The mainstay of treatment is always an anti-inflammatory often given at high to above-normal doses. To this we will add at least one of tramadol, amantadine or gabapentin.

Sometimes these aren’t enough. A clue is that your dog isn’t as bright, alert and cheery as normal. It’s safest to interpret any drop in vitality as a sign of untreated pain.

Euthanasia is extremely hard to discuss or even think about, but it’s always going to be necessary. The only question is when. When faced with a terrible prognosis, and the threat of suffering, it’s often kindest to make the decision early and preserve their dignity.

Whatever you face, remember that we will work together with grace and compassion. It’s times like this that your vet becomes your greatest ally.

Related: Taking the mystery out of euthanasia | Causes of limping in dogs

3 Replies to “Osteosarcoma In Dogs”