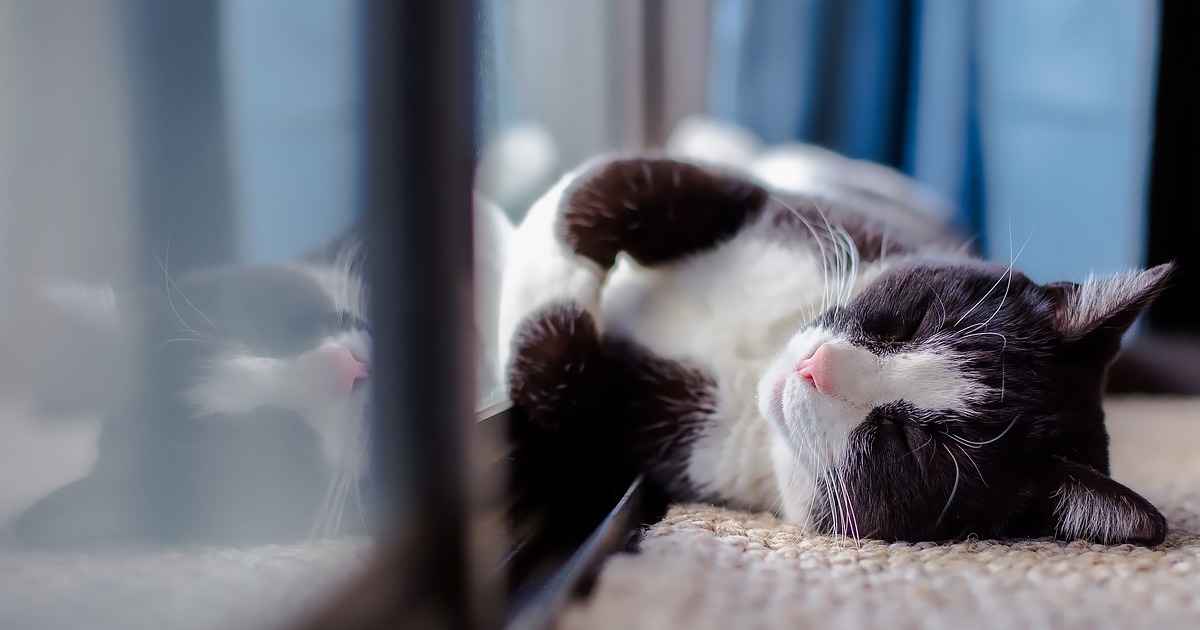 Look at these numbers. It shows the percentage of vaccinated cats at our Adelaide clinic that also receive the FIV vaccine.

What you are seeing here is not that older cats need more vaccinations. Instead, you are looking at a snapshot of a sweeping change in how Aussies look after their cats. These are the cats that have unsupervised outside access. And they are going down, fast.

Australia is rapidly changing into a nation that keeps its cats indoors. Using this data, we can document the change. Like this:

The AIDS-like disease of cats called FIV is only transmitted by a direct bite. Therefore, in the spirit of only giving cats what they need, its vaccine is not recommended in indoor cats. That includes those who only go outside under supervision.

On the other hand, owners of cats who venture outside alone are advised to add FIV vaccination to their core F3 vaccination. The disease is scary enough that almost everyone takes our recommendation. Then, once they start, they rarely stop, which is why those older cats are still getting it.

And there you have it: a shorthand way of seeing how many cats live inside and how many don’t. At least in our local bubble.

Why Are Cats Moving Indoors?

The trend is real and unmistakeable, but it’s against the preferences of most cats. It could even be said that their welfare is at risk by depriving them of the outdoors. So why do we do it?

There are lots of good reasons, which I’ll go through here.

Probably the number one reason is the almost unanimous advice from the places where kittens come from to keep them inside. It’s rare for people to go against such strong advice, especially if they’re new to cat ownership.

This advice is especially important in the first few months, when cats might wander away and be lost.

Cats given outside access have a higher risk of injury, especially by motor vehicle, and a higher risk of death from all forms of trauma. They are also at risk from dogs, snake bite, pythons in northern Australia and coyotes in the USA just to name a few.

Tick paralysis is common on the eastern seaboard of Australia in free-roaming cats. Poisonings may be just as common inside but outdoor cases seem more serious. Top of the list is ‘secondary poisoning’ from eating poisoned rats and mice.

All infectious diseases are more commonly acquired while outside. I’ve already mentioned FIV, but to this we can add the three components of the F3 vaccine, herpesvirus, calicivirus and parvovirus.

Then there’s feline coronavirus and chlamydia. There’s also the gastrointestinal parasites, especially giardia, roundworm and tapeworm. Finally, you can add Lyme disease, rabies and feline leukaemia virus depending on where you live.

Outdoor cats are more likely to catch toxoplasmosis and bring it into the home. To them, it’s rarely a problem, but it’s a major concern in human pregnancy or immune deficiency.

Scary as it is, toxo is easy to avoid once you know how. If you are thinking of having children or know someone with poor immune function, read my guide to preventing toxoplasmosis in cats & people. Needless to say, among the many suggestions is to keep cats inside!

Cats are also a great way to really annoy your neighbours. My previous cat was outside, and never left the yard, but those that do often end up using next door’s as a toilet. Others might stress the neighbour’s cat/rabbit/bird or help themselves to someone else’s dinner via the cat flap.

Many people, including me, cherish the local wildlife and would get fairly cranky if they were being killed or even just scared away. This is especially important when living near remnant native habitats.

Cats who are outside at night will up the ante on all these points, and add the extra joy of noise. Of course, all of these vices are much more likely to be from unseen feral cats than a pampered domestic but if one goes outside he’ll always tend to get blamed. The same way cats get blamed for disappearing chickens.

Sometimes the hip pocket is the driver for change. Outside cats get in a lot more fights with other cats, and these end up being quite a drain on the finances. Each bad fight will require (at minimum) a course of antibiotics, but often surgery for a cat fight abscess.

To this everyday problem, add the threat of a week in hospital for tick paralysis or road trauma and you can see why the choice to stay inside is an economical one too.

The last reason is possibly the biggest one. As we move from large blocks to smaller houses and apartments, there often isn’t a safe way for cats to be outside.

Those that do are still usually confined. A lot of the cats I see now have small enclosed courtyards into which other cats cannot enter. The apartment dwellers of course have useful balconies, but I would be very wary of allowing them access without netting.

An indoor lifestyle on its own is all about what’s been taken away. Unless an effort is made, the loss of freedom could be worse than the benefits.

These days I have an indoor cat, and although I’m sure he’d disagree on the details, he has a good life. He’s a lot more fun too, just because he’s always nearby.

A lot of our ideas for keeping indoor cats happy came from my experiences. I’d love it if they help you too. And please add your ideas in the comments!